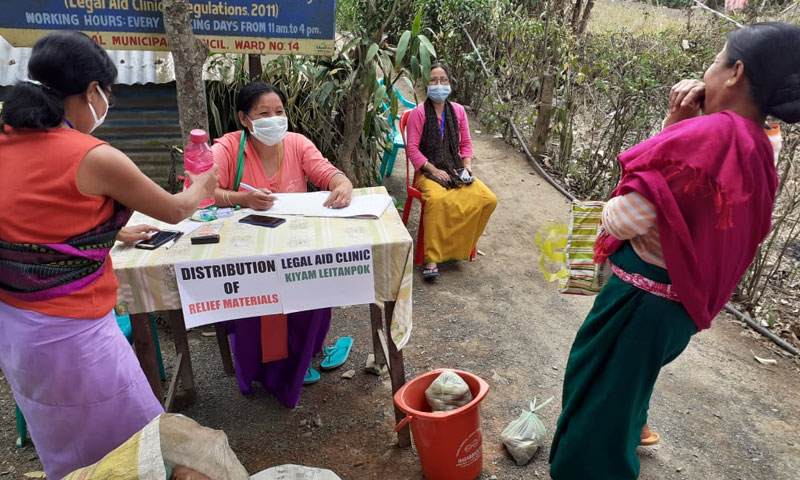 The National Legal Services Authority of India has assured that it is ready to deal with legal problems which may arise during and post the pandemic period.

Giving an account of the progress made so far, NALSA has disclosed that it has provided aid in the release of over 10,000 under trial prisoners and more than 5 thousand convicts from detention, as per the directions of the Supreme Court to decongest prisons.

In this regard it was intimated through a press note that:

Section 436A provides that an under trial prisoner who has undergone detention for a period extending up to one-half of the maximum period of imprisonment specified for the alleged offence (except where one of the punishments is death penalty), has to be released by the Court on execution of a personal bond.

Inter alia, Justice N.V Ramana, Executive Chairman of NALSA has instructed the authorities to do the needful for providing assistance to victims of the lockdown, keeping in view the lockdown guidelines.

To this end, issues like shortage of food, migrant labourers stranded at places away from their home state, denial of wages, etc., are being addressed by Panel lawyers and Para Legal Volunteers in close co-ordination with the District administration.

As far as incidents of violence, especially against women, are concerned, NALSA has requested all the State Legal Services Authorities to co-ordinate with the One Stop Centres of the Ministry of Women and Child to provide legal assistance to such women.