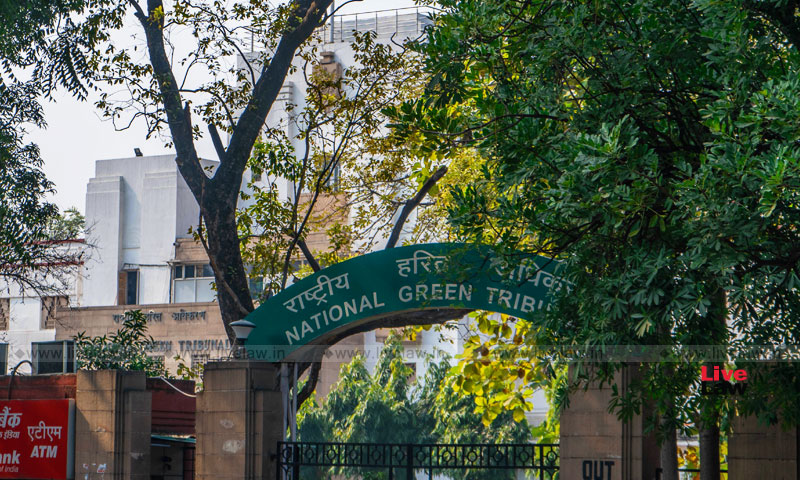 A Bench of the Tribunal headed by Justice K. Ramakrishnan has directed the Ministry of Environment, Forests & Climate Change to conduct a fresh appraisal which will be reappraised by the Expert Appraisal Committee (EAC)

The directions have been issued in plea challenging the Environment clearance granted to the Tamil Nadu Generation and Distribution Corporation Limited (TANGEDCO) by the Ministry of Environment, Forests & Climate Change for establishment of Uppur Supercritical Thermal Power Plant.

The Tribunal has directed a fresh coal analysis to be conducted in respect of specific coal to be used in the project, in respect of radio activity and the possible ash content and other relevant aspects as has observed by the Principal Bench case of Krishi Vigyan Arogya Sanstha & Ors. Vs. The Ministry of Environment & Forests, and get a fresh Environmental Impact Assessment (EIA) report from the competent accredited agency.

The Tribunal has asked the Expert Appraisal Committee to inspect and see if the land available with the project proponent is sufficient to meet the conditions to be imposed for operating the unit in an environmental friendly manner.

A study regarding the probable height of the mast of the country boat that is being used by the local fishermen community has been directed by the Tribunal, in view of the changed circumstances to consider the appropriate modification required regarding the height of the bridge, its feasibility and probable cause of impact on marine ecology.

The MoEF&CC has been directed to issue necessary Terms of Reference and forward the matter to the Expert Appraisal Committee (EAC) for its further appraisal of the project on the relevant aspects, after getting further EIA from the project proponent, and get their recommendations.

After an independent enquiry is conducted by the Expert Appraisal Committee (EAC) on those aspects by deputing their own experts, the Ministry has been asked to reconsider and issue necessary revised Environmental Clearance (EC) incorporating additional conditions, if any required.

With regards to the marine environment impact assessment , the Tribunal has found no necessity for further study to be conducted as on comparison of documents produced by the appellant, intervenor and the project proponent, the Tribunal found it to be humanly impossible to go into the micro issue on hypothetical proposition and clear all the aspects that were claimed.

The Tribunal observed that the main ground on which the EC was attacked was that the radio activity test of coal to be used was not properly presented before the Expert Appraisal Committee. There are no reports to show any coal specific study and it is not clear from the report which is the coal that they are going to use.

Further, the Tribunal also noted that it's true that at the time when the public hearing was conducted, it was stated that only imported coal would be used and the coal analysis report was not made available.

The Tamil Nadu government, for establishment of this power plant, decided to acquire 1342.11 Acres of land in and around three villages viz., Uppoor, Valamavoor and Thirupalaikudi in Thiruvadanai Taluk of Ramanathapuram District. The appeal alleged that major portion of the lands proposed to be acquired for the purpose of establishment of this power plant were fertile farm lands and this would affect the livelihood of the people.

The State had applied for both EC and CRZ Clearance and the Centre had issued Terms of Reference (ToR) valid upto 27th May 2014 which was further extended for a period of one year upto 27.05.2015.

Appellant's Contentions: The present appeal alleged that after obtaining the Terms of Reference the Tamil Nadu government claimed to have engaged Bagawathi Amalabs Limited, Hyderabad to conduct an Environmental Impact Assessment Study for the project and also engaged WAPCOS for conducting Marine Environment Impact Assessment Study as required under the EIA Notification, 2006.

The appellants alleged that there was no proper public hearing conducted as contemplated EIA Notification, no proper time gap was provided for the local people to know about the public hearing, and hearing was conducted far away from the project area that prevented participation of the local residents.

According to the appellants, there was suppression of material facts regarding the existing water bodies and its diversion which were likely to affect the agricultural activities of the local people. Further, no proper study was conducted regarding the impact of the project on marine eco- system especially, along the coast which was likely to be disturbed due to the heat generated by the thermal power plant and the effluents to be discharged by the power plant into the sea.

The appellants argued that on account effect on marine life in that coastal area was likely to affect the livelihood of the fishermen community whose livelihood depended on doing traditional fishing in that area. Further, the existence of mangrove forest and its protection in that area were not properly considered by the project proponent while preparing the Environmental Impact Assessment (EIA) Report.

The height of the mast of the boats which is being used by the local fishermen community for doing their traditional fishing has not been considered properly while imposing conditions of fixing the height of the discharge pipes being constructed over the sea level.