National Herald: Change In Share Holding Does Not Lead To Change In Ownership, AJL tells HC 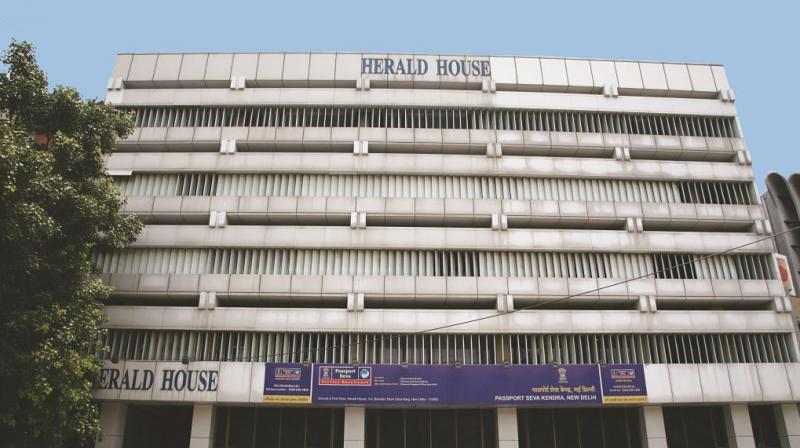 Associated Journals Ltd (AJL), the publisher of National Herald, told the Delhi High Court on Monday that transfer of its majority shares to Young India (YI), in which Congress chief Rahul Gandhi and his mother Sonia Gandhi are shareholders, would not make them the owners of its premises here which it has been asked to vacate. AJL, which has challenged a single judge order directing it...

Associated Journals Ltd (AJL), the publisher of National Herald, told the Delhi High Court on Monday that transfer of its majority shares to Young India (YI), in which Congress chief Rahul Gandhi and his mother Sonia Gandhi are shareholders, would not make them the owners of its premises here which it has been asked to vacate.

AJL, which has challenged a single judge order directing it to vacate the premises in the national capital, told a bench of Chief Justice Rajendra Menon and Justice V K Rao that even a 100 percent shareholder of a company would not become the owner of its assets.

The submission was made by senior advocate Abhishek M Singhvi, appearing for the publisher, who said it was a "complete antithesis of company law to say that change in share holding of a company would lead to change in lessee of properties owned by it".

"Even a 100 per cent shareholder of a company does not become the owner of its assets," he argued in response to the main contention of the Centre that by changing share holding of AJL, YI "clandestinely" and "surreptitiously" transferred the ownership of the Herald building.

The Centre, represented by Solicitor General Tushar Mehta, also argued that in the manner the shares were transferred, the court needs to "pierce the corporate veil" of AJL to see who owns the premises -- Herald House -- leased to it for running a printing press.

The government also contended that the land in question was allocated to AJL on lease for printing press and this "dominant purpose" was stopped several years back.

The bench was hearing arguments on AJL's appeal against a single judge's December 21, 2018 decision which had dismissed its plea challenging the Centre's order to vacate its premises.

The single judge had directed the publisher to vacate the ITO premises within two weeks after which eviction proceedings under the Public Premises (Eviction of Unauthorised Occupants) Act, 1971, would be initiated. AJL has also sought a stay on the single judge order.

The court will hear further arguments in the matter on February 18.

Challenging the single judge order, AJL has said the court ought to have issued a formal notice and asked the Centre to place their say formally by way of an counter/reply affidavit rather than taking documents across the bar and then proceedings to 'in limine' (at the start) dismiss the writ petition.

"In doing so, the single judge has displayed an unwarranted haste, uncalled for in the facts and circumstances of the present case," said the appeal, filed through advocates Sunil Fernandes and Priyansha Indra Sharma.

The single judge had said that by transfer of AJL's 99 per cent shares to YI, the beneficial interest of AJL's property worth Rs 413.40 crore stands "clandestinely" transferred to YI.

The Centre had contended before the court that transfer of 99 per cent stake in AJL to YI, when the latter bought the former's Rs 90 crore debt for a consideration of Rs 50 lakh, led to a "virtual" sale of the Herald building at ITO.

The single judge had dismissed AJL's plea challenging the Centre's order by holding that the publisher has not provided any instance to support the serious allegations of mala fide levelled against the ruling dispensation.

The Centre had ended its 56-year-old lease and asked AJL to vacate the premises, saying no printing or publishing activity was going on.

In its order, the single judge had said that AJL has been "hijacked" by YI, in which the Gandhis are shareholders.

The Centre and Land and Development Office (L&DO) had said in its order that no press has functioned on the premises for at least 10 years and it was being used only for commercial purposes in violation of the lease deed.

AJL had denied the allegations in the petition filed in the high court.

It had said the government kept silent till April 2018, when it again sent a notice for inspection and said it was coming to check breaches mentioned in notice of October 10, 2016.

The L&DO had ended the lease - entered into with AJL on August 2, 1962 and made perpetual on January 10, 1967 - asking the company to hand over the possession by November 15.

The L&DO's order had also said failure to hand over possession would lead to initiation of proceedings under the Public Premises Act.

In its plea, AJL has also said the digital versions of English newspaper National Herald, Hindi's Navjivan and Urdu's Qaumi Awaz have commenced from 2016-17.

The weekly newspaper 'National Herald on Sunday' resumed on September 24, 2017, and the place of publication was the ITO premises, AJL said, adding that the Hindi weekly newspaper Sunday Navjivan was being published since October last year from the same premises.