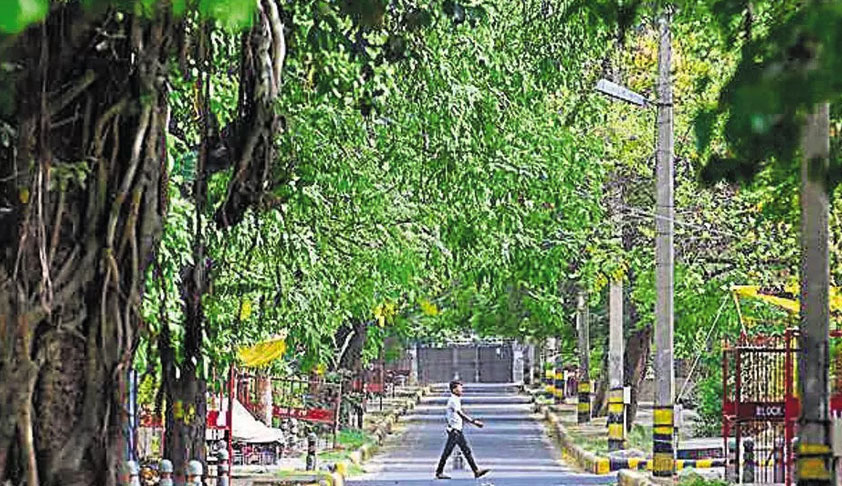 In its recent order granting bail to a person accused of assaulting a minor girl with intent to outrage her modesty, the Madhya Pradesh High Court directed him to plant saplings along with tree guard, as one of the conditions for bail.

"This direction is made by this Court as a test case to address the Anatomy of Violence and Evil by process of Creation and a step towards Alignment with Nature. The natural instinct of compassion, service, love and mercy needs to be rekindled for human existence as they are innately engrained attributes of human existence," Justice Anand Pathak observed while imposing the condition.

The accused had been booked under Sections 354 of IPC and 7/8 of POSCO Act. The court allowed his bail application in view of the Covid-19 situation, on his furnishing personal bond of Rs.50,000/- in addition to the condition to plant saplings.

"It is the duty of the trial Court to monitor the progress of the trees because human existence is at stake because of the environmental degradation and Court cannot put a blind fold over any casualness shown by the appellant regarding compliance. Therefore, trial Court is directed to submit a report regarding progress of the trees and the compliance made by the appellant by placing a short report before this Court every quarterly (every three months), which shall be placed under the caption "Direction" before this Court. Any default shall disentitle the appellant from benefit of bail," the court further ordered.

The Orissa High Court also, in a recent order, directed a person accused of criminal intimidation and attempt to murder, to plant a hundred saplings as a condition for bail.

"It is directed that the petitioner may be enlarged on bail on some stringent terms and conditions as deemed just and proper by the learned S.D.J.M., Boudh with further condition that the petitioner shall plant 100 saplings in his village within three months from the date of his release," the single-Judge bench of Justice SK Panigrahi ordered.

The accused has been directed to furnish a proof of compliance of the said condition to the Investigating Officer concerned.

The peculiar bail condition is a welcome change in terms of environment protection.

The case before the Orissa High Court related to one Subhransu Pradhan who had been accused of forcibly entering into the complainant's house, and assaulting his family members. It was also alleged that the accused was interested in the complainant's daughter and had attempted to kidnap her on the point of the deadly weapons.

The accused had therefore been booked under Sections 452 (House-trespass after preparation for hurt, assault or wrongful restraint), 354B (Assault or use of criminal force to woman with intent to disrobe), 294 (Obscene acts or words in public) , 307 (Attempt to murder), 506 (Criminal intimidation) and 379 (Theft) of IPC, by the Boudh Police Station.

The court allowed the bail application, on noticing that a marriage proposal was in currency between the informant's daughter and the accused.

"It reveals that no prima facie case is made out against the name of the present petitioner. Moreover, the basic ingredients of the offences alleged are not made out. Rather, it is found that they were well-known to each other and stated to have intimacy between them," the court observed and allowed the bail plea.