Person Not Eligible Under FBS-AIOS Scheme, As There Was Material Concealment In Membership Form; NCDRC 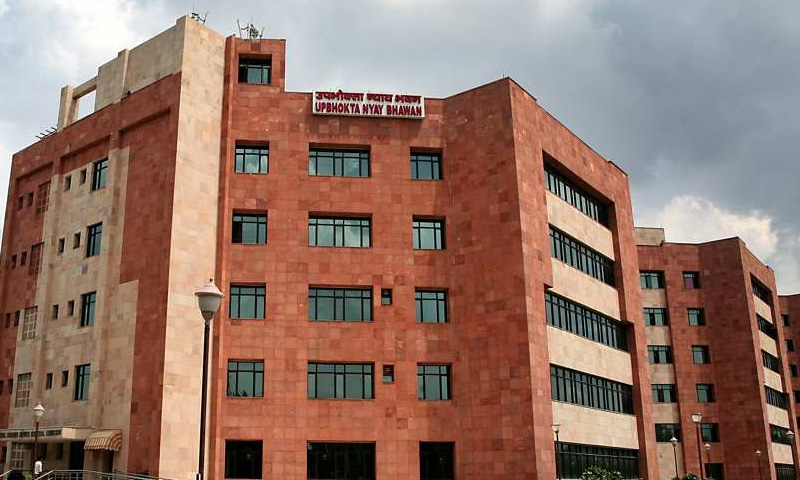 A bench comprising Justice R.K. Agrawal, President and Dr. S.M. Kantikar, Member, has observed that the patient concealed material fact that he was free from major ailments and for the last two years he has not suffered from any cancer or underwent any major operation. Material concealment of the Renal Carcinoma in the membership form filled by the deceased, is not acceptable under law.

In this case, a Family Benefit Scheme ('FBS') was started for the doctor members of All India Ophthalmology Society ('AIOS'). The case of the Complainant was that her husband Dr. Bhujang Rao (since deceased) was granted provisional membership of the FBS-AIOS scheme, subject to the ratification of general body of AIOS. Dr. Bhujang Rao initially paid Rs. 30,000/- and then paid Rs. 4,900/- towards admission and life membership fee. However, unfortunately Dr. Bhujang Rao expired within a year. The Complainants claimed the benefits under the FBS-AIOS scheme. However, the claim was repudiated on the ground that Dr. Bhujang Rao did not complete one year of continuous membership and, therefore, the amount of Rs. 30,000/- deposited by the deceased would be sent back to the Complainants. The Complainants filed a Consumer Complaint before the District Forum, Srikakulam and prayed Rs. 15 lakh as covered FBS-AIOS with 18% interest. The District Forum allowed the Complaint and directed the Opposite Parties to pay Rs. 15 lakhs jointly and severally to the Complainants along with Rs.2000/- as legal expenses and Rs.1000/- towards fee of advocate. The parties on both the sides filed the First Appeals before the State Commission. The State Commission directed the Opposite Parties to pay Rs. 2,92,500/- to each of the Complainant with interest @ 9% p.a. from the date of filing of the claim.

"To reiterate, a person who is qualified to join as a member of FBS-AIOS should be ratified member according to the opposite parties. A life member should complete one year of FBS-AIOS membership for getting the eligibility to claim fraternity benefit under FBS scheme. It is an admitted fact that Dr. V. Bhujanga Rao has applied for membership on 10.4.2006 along with DD bearing No. 044782 dt. 28.2.2006 for Rs. 30,000/-. At the time of his application Dr. V. Bhujanga Rao was not a member of AIOS. He has applied for AIOS membership on 9.1.2007 along with DD bearing No. 8874 for Rs. 4,900/- drawn in favour of AIOS. Accordingly, AIOS granted the provisional membership No. V11014 on 25.1.2007 subject to ratification by AIOS. Admittedly on 2.2.2007 his membership was ratified and he died on 21.12.2007. As one year was not completed, admittedly the opposite parties issued advance stamped receipt of Rs. 2,92,500/- for each of the complainant."

Aggrieved by the decision of State Commission Andhra Pradesh the appellants filed an appeal before the National Commission under Section 19 of the Consumer Protection Act, 1986.

The issue before the bench was regarding the eligibility for the membership of FBS-AIOS and whether the deceased Dr. Bhujang Rao was eligible as member of FBS-AIOS.

The bench noted that, from the Memorandum of Association of FBS-AIOS, Dr. Bhujang Rao did not fulfill the primary eligibility criteria of one year membership of FBS-AIOS. As per Clause-3 of the memorandum, only the life members of AIOS are eligible to join the FBS-AIOS Society and the deceased was never ratified as a life member of FBS-AIOS.

The bench stated that the late Dr. Bhujanga Rao applied for life membership on 09.01.2007 and paid Rs. 4,900/- towards admission fee and life membership fee of AIOS. On 25.01.2007 the AIOS granted a provisional membership and on 2.2.2007 the General Body of AIOS ratified his membership. Thus, he would complete his 1-year membership by 01.02.2008, but unfortunately, he passed away on 21.12.2007 i.e., within one year. Thus, he was not eligible to claim the benefits under the FBS-AIOS scheme of the Petitioners also in our view issuance of advance stamped receipt of Rs. 2,92,500/- for each complainant has no binding effect on the petitioners to pay the amount. Moreover, there was material concealment of the Renal Carcinoma in the membership form filled by the deceased, which is not acceptable under law.

Partly Allowing the appeal, the bench said "(a) The Petitioner (AIOS) shall not recover the amount Rs.2,92,500/- if already paid to each Complainant. If not, then