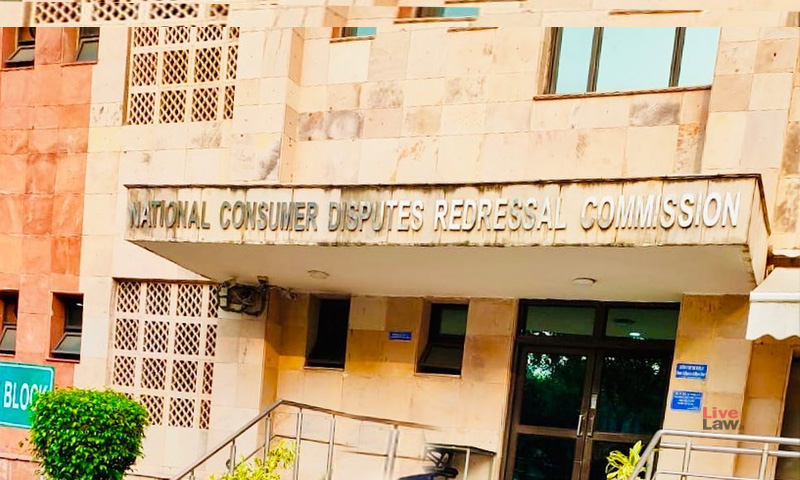 A bench comprising Justice R.K. Agrawal, President and Dr. S.M. Kantikar, Member, has observed that the patient's duty of care starts from the time of admission. The responsibility of care is on treating doctor and hospital till the patient's discharge from the hospital.

The bench stated that it appears the doctors in the S.P. Fort hospital in Thiruvananthapuram, Kerala was shunting their duties between surgeon, junior doctor and anaesthesiologist. Therefore, the doctors involved in the PPS are responsible for the negligence.

In this case, a patient, during her pregnancy, consulted Dr. Santhamma Mathew ("Opposite Party No. 3") at S.P. Fort Hospital in Thiruvananthapuram, Kerala ("Opposite Party No. 1"). The patient developed breathing problems at 4th month of pregnancy. After delivery, the patient developed severe chest infection; therefore, the laparoscopic sterilization was performed on 31.05.2004. Thereafter, the patient was brought to the post-operative ward, then the on-duty nurse informed the patient's husband that the patient had died. It was alleged that the death was declared after preparing the treatment records on their own way. It was alleged that the death was due to the negligence on the part of the Opposite Parties Nos. 3 and 4 in conducting the laparoscopic sterilization in a causal manner. The cause of death was due to bronchopneumonia. Being aggrieved by the death due to alleged negligence of the hospital and treating doctors, the Complainant's husband and his two daughters filed a Consumer Complaint before the State Commission, praying for compensation of Rs. 75 lakhs as compensation. The State Commission dismissed the Complaint holding that the death of the patient had not occurred due to negligence on part of the Opposite Parties.

Aggrieved by the decision of State Commission, the appellants filed an appeal before the National Commission under Section 19 of the Consumer Protection Act, 1986.

Before the National Commission, the appellants, submitted that the death of patient was due to the negligence of Gynaecologist and Anaesthesiologist. They failed to do proper pre-anaesthetic check-up and the Opposite Party No. 3 performed laparoscopic PPS under GA when the patient was not fit, and that it was violation of the guidelines issued by the Ministry of Health and Family Welfare, Government of India that laparoscopic sterilization especially under general anaesthesia shall be avoided during the post-partum period.

The respondents (Doctors and Hospitals) submitted that the death of patient occurred due to aspiration pneumonia and pulmonary oedema leading to ARDS (Adult Respiratory Distress Syndrome) and not due to any negligence or deficiency in the service of the Opposite Parties Nos. 3 and 4. It was argued that there is no evidence to establish that the patient was suffering from Bronchopneumonia at the time of surgery.

The issue for consideration before the bench was whether GA was administered when the patient was suffering alleged bronchopneumonia on 31.05.2004.

The bench noted that the Medical Record that the patient did not show the clinical signs of bronchopneumonia like high fever, severe cough with purulent sputum, tachycardia, tachypnoea and breathlessness. There was no central cyanosis. On 31.05.2004, the patient reported complete subsidence of cough.

The bench stated that, as per the government order a panel was constituted with specialist doctors and the District Government Pleader. The panel opined that it was a case of gross negligence of the doctors and that the crime case can be proceeded against them as per law as surgical procedure should have been avoided as occasional crepitations indicated lower respiratory tract infection.

The bench further stated that, the patient's duty of care starts from the time of admission. The responsibility of care is on treating doctor and hospital till the patient's discharge from the hospital. It appears the doctors in the S.P. Fort hospital were shunting their duties between surgeon, junior doctor and anesthesiologist. Therefore, Dr. Santhamma Mathew (Opposite Party No. 3) and Dr. Sajin Varghese (Opposite Party No. 4) involved in the PPS are responsible for the negligence. The post-operative complications and resuscitation were managed with consultation of specialist like two anesthetists, senior general physician and a chest physician. But, to save the life of patient, the Opposite Party No. 3 and 4 failed to refer the patient to medical college. Thus, the doctors have acted negligently and caused irreparable loss to the Complainants.

After considering the evidence of both the sides, the bench stated that the PPS operation was not an emergency to be performed immediately after delivery. It could have been deferred when the patient had respiratory problems with signs of crepitations which further aggravated to fatal complications. The evidence on record, the statements of witnesses and the medical literatures clearly support the case of complainant. We have no hesitation to hold the hospital and the Opposite Parties Nos. 3 & 4 liable for the breach in duty of care and act of omission, thus a medical negligence.

The bench relied upon the case of Achutrao Haribhau Khodwa v. State of Maharashtra, where it was observed that in cases where the doctors act, carelessly and in a manner which is not expected of a medical practitioner, then in such a case an action in tort would be maintainable. It was further observed that if the doctor has taken proper precautions and despite that if the patient does not survive then the court should be very slow in attributing negligence on the part of the doctor.

The bench stated that the Opposite Party No. 3 & 4 are liable for the acts of omission. In the medical negligence cases the quantum of Compensation is highly subjective in nature as the human life is most precious. The Hon'ble Supreme Court laid down different methods to determine 'just and adequate compensation'. However, further cautioned the fora, saying the amount of compensation awarded was not expected to be a windfall or bonanza, nor should it be niggardly or a pittance. It was always a mixed question of fact and law, but a mere speculative possibility of benefit was not sufficient.

Allowing the appeal, the bench said "the Hospital and the two treating doctors are directed to pay a total sum of Rs. 30 lakhs (Rs. 20 lakhs by the Hospital and Rs. 5 lakh each by the Opposite Parties Nos. 3 & 4). The Complainant No. 1 shall keep the amount in Fixed Deposit in any Nationalised Bank in the names of two daughters in equal proportions till both attain the age of 25 years. He may draw periodic interest for the welfare and expenses of his daughters. The Opposite Parties shall pay the awarded amount within 6 weeks from the date of receipt of this Order. The delay beyond 6 weeks shall attract interest @ 7% per annum till its realisation."