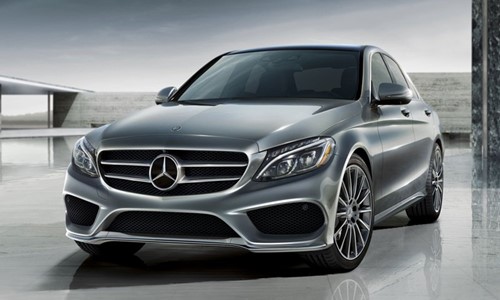 National Consumer Disputes Redressal Commission directed Mercedes Benz to pay Rs. 2 lakh to its customer as compensation for defects in the Mercedes vehicle he had purchased from them. NCDRC did not interfere with the order of the State Commission which had passed directions on similar lines. Prince Bansal, the purchaser, faced difficulties driving the car right from the time of...

National Consumer Disputes Redressal Commission directed Mercedes Benz to pay Rs. 2 lakh to its customer as compensation for defects in the Mercedes vehicle he had purchased from them. NCDRC did not interfere with the order of the State Commission which had passed directions on similar lines.

Prince Bansal, the purchaser, faced difficulties driving the car right from the time of purchase as it developed one snag after another. He had purchased it from M/s Joshi Auto Zone Pvt. Ltd, dealer of Mercedes Benz India Private Limited for a consideration of Rs.37 lacs in 2015.

Within a few days of its purchase, the car started creating noise when it had run only 1424 kms. It was inspected by the dealer and shockers were replaced. Then it was again taken to the workshop on noticing sounds coming from its doors, and some adjustments were done. The sunroof of the car was also adjusted when noise from the cabin was noticed. There was also a cut found on the front tyre which was replaced, when the car had run 4140 kms. Again, there was noise from the cabin of the vehicle and the sunroof had to be adjusted again. The vehicle again gave problem when it had run 7961 kms and seal frames of the doors, as well as the sunroof, were replaced. Thereafter, the doors and bidding had to be adjusted, when the vehicle had run 7971 kms.

Faced with persistent problems with the car, the complainant got the same inspected from Grace Automotives who gave an inspection report opining that there seemed to be an "inherent manufacturing defect" in the vehicle which the manufacturer was unable to locate and rectify. Being aggrieved, the complainant approached the concerned District Forum by way of a consumer complaint seeking replacement of the car or in the alternative, refund of the amount he had paid for the purchase of the car alongwith compensation.

The State Commission, vide impugned order dated 27.03.2019, had directed the company to pay a sum of Rs.2 lacs as compensation to the complainant alongwith cost of litigation quantified at Rs.22,000. It had relied on the expert committee report comprising of Prof. Sushant Samir, Prof. Gopal Dass and Prof. Ankit Yadav of Punjab Engineering College, which had detected a creaking noise of small intensity emanating from the rear door of the vehicle in question during its test drive.

NCDRC while dismissing the appeal of Mercedes Benz noted that State Commission was justified in passing the order of compensation.

"The State Commission was fully justified in relying upon the expert report given by none other than three Professors of Punjab Engineering College which is a deemed University. They submitted a report not only after the vehicle had been inspected but had also been test driven by them. It was noticed that the problem in the vehicle still persisted and had not been removed. In these circumstances, the grant of compensation only for Rs.2 lacs cannot be said to [be] excessive or unreasonable by any standards considering that the vehicle in question was a Mercedes vehicle which was expected to run smoothly without giving much trouble to the owner he having spent as much as Rs.37 lacs for purchase of the vehicle, and it had been troubling the complainant right from the time it was purchased, developing one snag or the other."

Appellant was represented by advocate Dhruv Wahi with advocate Aparna Iyer in the case.