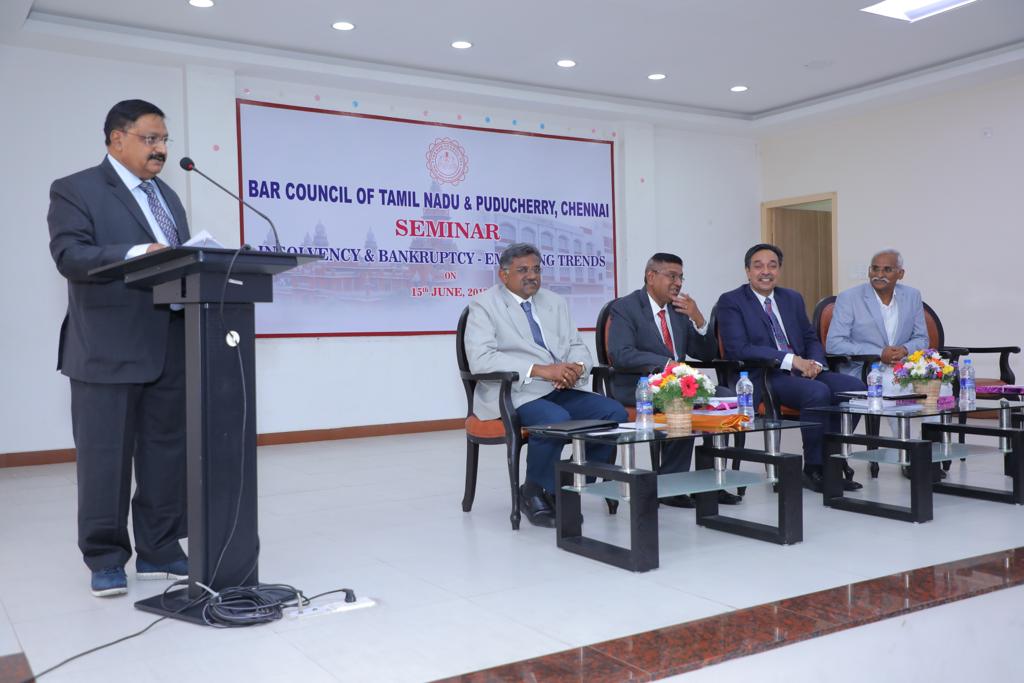 The need for setting up regional benches of the National Company Law Appellate Tribunal was stressed by Justice S J Mukhopadaya, former SC judge and present NCLAT Chairman, while speaking at a seminar on the Insolvency and Bankruptcy Code at Chennai on Saturday.

In the seminar, which was organized as a capacity building exercise for lawyers by the Bar Council of Tamil Nadu & Puducherry, Justice Mukhopadhaya explained the process of IBC by drawing parallels from Hindu mythology.

Adjudicating officer is like Lord Vishnu, who triggers the insolvency process, not to kill the ailing company, but to revive it.  The Resolution Professional is the Lord Brahma,  creating the Committee of Creditors, who look for options to revive the company. Once the CoC is appointed, the adjudicating officer goes to a yoga nidra for 180 days, and should not be disturbed in the meantime, explained the NCLAT Chairman.  The objective is to replace the bad soul of the company with a good soul.

Death of the company is not the goal of IBC, he said. "Do not kill is the theory of Insolvency Code", he said, while emphasizing the importance of restructuring a company than resorting to debt recovery.

He highlighted the importance of regional benches and expressed the hope that Centre will set up a permanent bench of NCLAT at Chennai.

Justice Manikumar, judge of Madras High Court spoke on the evolution of IBC with historical background. Justice Anita Sumanth, another judge of Madras HC, gave insights about how IBC overrides other laws.  Justice R Subramaniam gave a valedictory address on the importance of resolution process.

Justice Sanjay Kishen Kaul, present SC judge and former Chief Justice of Madras High Court, had given out a message, appreciating the Bar Council of Tamil Nadu and Puducherry for organizing the seminar.

Advocate General of Tamil Nadu Vijay Narayan said that Government needed to invest in proper infrastructure for the effective implementation of the IBC.

Senior Advocate E Om Prakash threw light on the fact that professionals from other fields such as chartered accountants, costing accountants, company secretaries etc are being appointed as resolution professionals, and lawyers need to be well equipped to deal with the challenges of IBC regime.