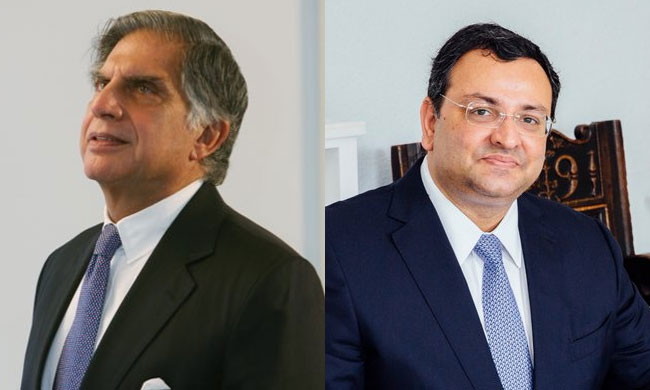 Allowing Mistry's appeal, the Appellate Tribunal set aside the judgment of National Company Law Tribunal Mumbai bench that had upheld the appointment of N Chandrasekharan as Chairman in his place.

The NCLT, Mumbai bench had also noted that Mistry was ousted as chairman because the Board and its majority shareholders had "lost confidence in him".

Cyrus Mistry was removed as Executive Chairman in October 2016 after taking over in 2012 after Ratan Tata's retirement.

NCLT, Mumbai had held that the board of directors of Tata Sons were competent to remove Mistry as the executive chairman.

It was argued on behalf of the appellants that 'Tata Sons Limited' is a group company comprising of 'Tata Trusts', 'Tata Family' and 'Tata Group Cos.' And other group is the 'Shapoorji Pallonji Group' (SP Group) which for over five decades jointly conducted the affairs of 1st respondent Company in an environment of mutual trust and confidence.

Tata Trusts' and 'Tata Group Companies' along with 'Tata family members' collectively hold over 81% of total shareholding while the 'SP Group' holds over 18% of the equity share capital of 'Tata Sons Limited'.

However, after sudden removal of Cyrus Mistry, the mutual trust and confidence has broken down, the conduct of contesting respondents lacks in probity, is inequitable, unfair, unjust and against the fundamental notions that govern the relationship between partners, Sundaram submitted.

It was alleged that then former Chairman Ratan Tata and NA Soonawala (Respondent 14) kept interfering in the affairs of 'Tata Sons Limited' and demonstrating their insecurity about their legacy being undermined instead of looking to what is in the best interests of the Company.

Over a period of time this turned to insisting that it is the will of the majority shareholder i.e. the 'Tata Group' that should prevail. This became more pronounced since Mistry as the 'Executive Chairman' began taking remedial steps in relation to past decisions which turned out to be against the interests of the Tata Group i.e. "legacy hotspots" and sought to affect a turnaround in the affairs of Tata Sons, appellants argued.

While challenging the NCLT's order, Dwarkadas highlighted the disparaging remarks against the appellants and judicial bias in the impugned order by referring to certain observations made therein. It was submitted that the appellant is aggrieved by certain observations and findings which deeply affect the reputation of Cyrus Pallonji Mistry and attack his integrity both professionally and personally.

On the other hand, Harish Salve denied the allegations against Ratan Tata and submitted that the allegations pertaining to removal of Cyrus Mistry are in the nature of directorial complaints which cannot be raised in a petition under Sections 241 of the Companies Act, 2013.

All actions have been taken as per the provisions of the 'Articles of Association', 'Companies Act, 2013' and the 'Secretarial Standard on Meetings of the Board of Directors framed under Section 118(10) of the Companies Act, 2013, Salve submitted.

Dr.Singhvi relied upon Supreme Court's judgement in Hanuman Prasad Bagri and Ors. vs. Bagress Cereals Pvt. Ltd. & Ors, wherein the apex court held that mere illegal termination of Directors cannot bring his grievance as to termination to winding up the company for that single and isolated act, even if it was doing good business and even if the Director could obtain each and every adequate relief in a suit in a court.

"The record suggests that the removal of Mr. Cyrus Pallonji Mistry (11th Respondent) had nothing to do with any lack of performance. On the other hand, the material on record shows that the Company under the leadership of Mr. Cyrus Pallonji Mistry (11th Respondent) performed well which was appraised by the 'Nomination and Remuneration Committee' a Statutory Committee under Section 178, on 28th June, 2016 i.e. just few months before he was removed."

Thereafter, the tribunal referred to Article 121 of Articles of Association and said-

"In view of the aforesaid provisions, it is not open to the Respondents to state or allege that loss in different 'Tata Companies' was due to mismanagement of Mr. Cyrus Pallonji Mistry (11th Respondent). If that be so, why the nominated Directors who have affirmative voting right over the majority decision of the Board or in the Annual General Meeting of the shareholders allowed the 'Tata Companies' to function in a manner which caused loss, as accepted in the press release dated 10th November, 2016. The consecutive chain of events coming to fore from the correspondence referred elsewhere in this Judgment amply demonstrates that impairment of confidence with reference to conduct of affairs of company was not attributable to probity qua Mr. Cyrus Pallonji Mistry but to unfair abuse of powers on the part of other Respondents."

The Tribunal also questioned the action on the part of the Company, its Board of Directors to take action to hurriedly change the Tata Sons Limited from 'Public Company' to a 'Private Company' without following the procedure under law (Section 14)-

Finally, allowing both the appeals against the NCLT's order, the two member bench observed that the tribunal's remarks against Cyrus Mistry were "undesirable and based on extraneously sourced material" which is "wholly unsubstantiated."