'Success Fees' Is Of Contingent And Speculative Nature; Not A Part Of IBC: NCLAT 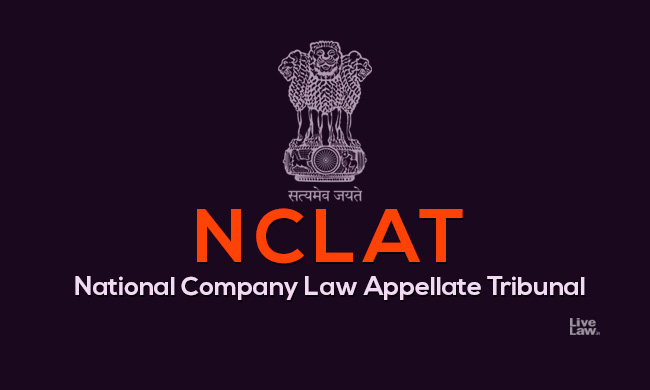 The Principal Bench of the National Company Appellate Law Tribunal has held that 'success fees' which is more in the nature of contingency and speculative, is not a part of the provisions of the Insolvency and Bankruptcy Code and the related Regulations and thus it is not chargeable by an Insolvency Resolution Professional.The Tribunal thus went on to disallow payment of success fee to...

The Principal Bench of the National Company Appellate Law Tribunal has held that 'success fees' which is more in the nature of contingency and speculative, is not a part of the provisions of the Insolvency and Bankruptcy Code and the related Regulations and thus it is not chargeable by an Insolvency Resolution Professional.

The Tribunal thus went on to disallow payment of success fee to a resolution professional, while expressing its concern over the practice of paying such fees to RPs on successful completion of the corporate insolvency resolution process.

It was the case of the IRP that the approval of the success fees was a commercial decision of the CoC and the Adjudicating Authority could not have interfered with the same while approving the Resolution Plan and directing distribution of the amount set apart for success fees.

Chairperson and Judicial Member Justice AIS Cheema and Technical Member Alok Srivastava had thus appointed Advocate Sumant Batra as Amicus Curiae to assist the Tribunal while considering whether the 'success fees' could be charged, and the manner in which it had been charged.

While rationalizing the amount of success fees, the appellant referred to the various efforts made by him during the course of CIRP including handling the assets of the Corporate Debtor worth Rs.1,089 Crores, convening the CoC meeting; appearing for more than 20 hearings before the Adjudicating Authority, Appellate Tribunal and the Supreme Court; and handling different classes of stakeholders, arranging meetings between homebuyers and Resolution Applicant to harmoniously resolve the issues and concerns of homebuyers; successfully convening CoC meeting and getting CoC's approval on the Resolution Plan.

The Amicus Curiae submitted before the Tribunal that in the IBC and the related Regulations, there existed no express provision for grant of success fee. He thus made reference to Section 206, 5(27) and 5(13) of the IBC. The Amicus also referred to Para 25 to 27 of the Code of Conduct, the First Schedule below IBBI (Insolvency Professionals) Regulations, 2016 which dealt with remuneration and costs.

He further submitted that the Resolution Professional could charge remuneration only in a transparent manner and the same should be a reasonable reflection of the work and should not be inconsistent with the Regulations.

In the present matter, the Amicus submitted that at the last stage when Resolution Plan was being approved the Resolution Professional without putting on record necessary particulars for the success fee got the same included.

It was added that the quantum of fees payable was a subject which was justiciable before the Adjudicating Authority if it was found to be unreasonable and if the manner, method of payment was inconsistent with the Regulations.

The Amicus also stated that the absence of Regulation quantifying the fee was with the expectation that the market players will self-regulate themselves and behave in a reasonable manner. He added that,

"The IBBI has power to take disciplinary action in the event of misconduct or breach by Insolvency Professional. In the absence of such power with Adjudicating Authority, the matter of fees would be completely unchecked and devoid of scrutiny."

Claim of success fee squeezed in at the last moment when the Resolution Plan is being approved is more in the nature of taking a reward or gift than expenditure incurred on or by the Resolution Professional.

Furthermore, the Amicus pointed out that while the Appellant claimed that he had done excessively well to deserve Rs. 3 Crores of success fees, the Adjudicating Authority had made comments as to what was the scenario when it was supervising the CIRP.

It was thus opined that since the Adjudicating Authority/ NCLT was at the ground level monitoring the progress of CIRP, its observations could not be simply ignored.

All this apart, even if it was said that the success fee was chargeable, the manner in which it was last minute pushed at the time of approval of the Resolution Plan and the quantum were both found to be improper and incorrect.

Also, the argument that NCLT should have sent the matter back to the CoC if it was not approving the success fee, was discarded as the Adjudicating Authority while not accepting the success fee merely asked proportionate distribution of the same among the creditors which would even otherwise have happened if "success fee" was set aside, as the money would become available improving percentage of other creditors' dues.

With this view, the appeal was dismissed.