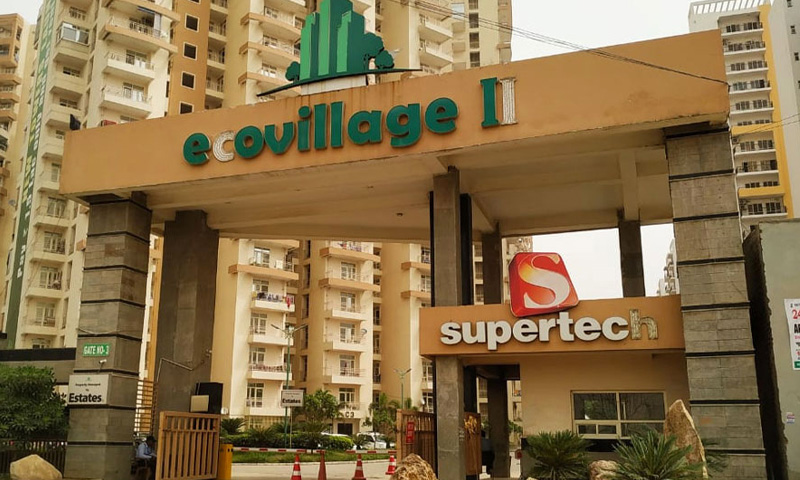 Earlier, the NCLAT vide its order dated 12.04.2022 while granting time to the promoters of Supertech to settle the dispute with the Union Bank of India directed the Interim Resolution Professional not to constitute the COC.

Union Bank of India granted a credit facility of INR 150 Crores to Supertech on 19.10.2013 and further granted an additional credit facility of INR 100 Crores to Supertech for the development of Eco Village II project of Supertech. On the account of default by Supertech in repaying the loan, the account was declared as Non-Performing Assets on 20.06.2018 and subsequently, an application under Section 7 of the Insolvency and Bankruptcy Code, 2016 was filed by Union Bank of India on 31.03.2021

NCLT Bench VI, New Delhi vide its order dated 25.03.2022 admitted the application filed by Union Bank of India and initiated the CIRP of Supertech. The Suspended director of Supertech filed an appeal under Section 61 of the Code before NCLAT.

It was contended on behalf of Supertech that it has approached the Union Bank of India with an offer for repayment of 100% of ledger balance along with 20 cores upfront payment and rest within a period of 24 months however the same was denied by the Bank.

Supertech further stressed on the fact that Union Bank of India has only extended credit facilities for Eco Village II & III and Supertech has already repaid an amount of INR 149.33 Crores to Union Bank of India. Supertech also stated before NCLAT that out of the total 30 projects, 12 are completed/delivered and remaining 18 projects are under construction which are mostly completed.

Contentions of Union Bank of India

It was contended on behalf of Union Bank of India there existed a debt and default on the part of Supertech and therefore CIRP shall be allowed by constitution of COC.

It was submitted on behalf of Union Bank of India that the Supreme Court has time and again emphasized for minimum judicial interference by NCLAT and NCLT under IBC and the mechanism of reverse CIRP as envisaged in the case of Umang Realtech is outside the scheme and against the provision of IBC.

NCLAT examined the submission of Supertech that Reverse Insolvency shall be allowed in the present case and refereed the case of Swiss Ribbons v Union of India and COC, Essar Steel v. Satish Kumar Gupta wherein Supreme Court observed that experimentation can be allowed in economic legislation such as IBC.

NCLAT further recorded that in the case of Umang Realtech, NCLAT allowed the promoter of the real estate company to complete the construction of the project under the supervision of Resolution Professional and the appeal against the same was dismissed by Supreme Court.

The Bench noted that as per the status report filed by IRP, out of the total 49,554 units Supertech has sold 38,603 units which is a substantial number.

However, NCLAT held that;

"22…No amount from any account can be withdrawn without the counter signature and permission of the IRP. IRP under the IBC has responsibility to run the Corporate Debtor as a going concern. Further when Promoters are ready to extend all cooperation with all its staffs and employees to the IRP, we see no reason for not to direct the IRP to proceed with construction of all the projects under the overall supervision and control of the IRP…"

Therefore, NCLAT modified its interim order and directed that project wise resolution to be started to test out the success of such resolution and directed that the construction of other projects shall continue under the supervision of IRP with the assistance of ex management.