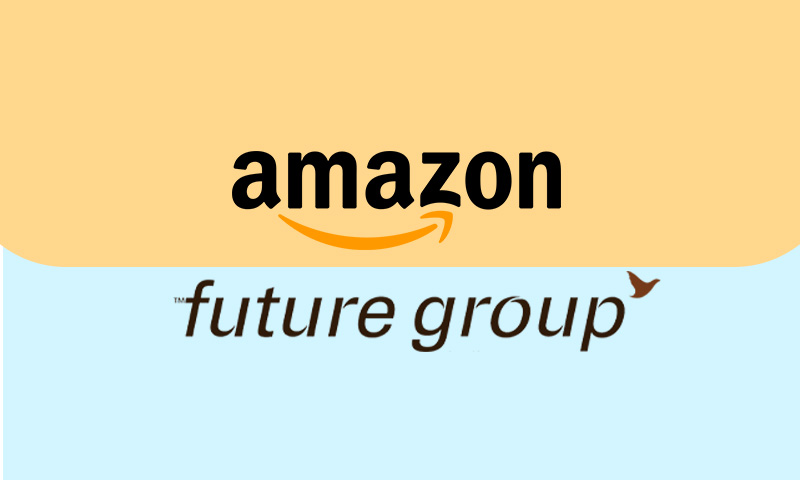 FRL had availed credit facilities from a consortium of Lenders including Bank of India, Axis Bank, Bank of Baroda, Punjab National Bank, the Union Bank of India, Corporation Bank, Central Bank of India and Andhra Bank, wherein Bank of India ("BoI") is the lead lender. A Framework Agreement was entered into between the BoI and FRL and the latter defaulted in its payment obligations under the Agreement. BoI in March 2022 had issued a public notice to claim charge over the assets of the FRL and warn the public to not deal in the assets of FRL.

In April 2022, the BoI filed a petition under Section 7 of the Insolvency and Bankruptcy Code, 2016 ("IBC"), titled IBC before NCLT Mumbai Bench, seeking initiation of Corporate Insolvency Resolution Process ("CIRP") against FRL. On 28.04.2022 the matter was listed for its first hearing before the NCLT, Mumbai Bench, wherein FRL was granted time to file its reply to the insolvency plea. While the matter was pending adjudication, Amazon filed an intervention application in the matter bearing Intervention Petition No. 01/2022, opposing the insolvency proceedings initiated by BoI against FRL. The arguments on intervention application had taken place and now the application is reserved for orders.

The proceedings before NCLT have commenced in the backdrop of a failed deal with Reliance Group. In August 2020, FRL had become part of Rs. 24,713 Crores worth deal wherein Future Group had intended to sell nineteen of its companies operating in retail, wholesale, logistics and warehousing segments to Reliance Retail Ventures Ltd. ("RRVL"), a subsidiary of Reliance Industries Limited. All these companies were to consolidate into one entity named 'Future Enterprises Limited'. A Shareholder's meeting was convened by FRL from 20th April to 23rd April 2022 for seeking approval for the Reliance deal. While the shareholders and unsecured creditors voted in favour of the deal, the secured creditors voted against the deal. On 23.04.2022 Reliance Industries Ltd. and FRL had confirmed the cancellation of the deal.

Amazon has been opposing the insolvency plea filed by BoI. It has been argued by Amazon that FRL failed to honour the Emergency Arbitrator's Award passed in Singapore Arbitration proceedings in October 2020, whereby FRL was barred from taking any step to dispose of or encumber its assets or issuing any securities to secure any funding from a restricted party. Therefore, the lenders could not have entered into a Framework Agreement with FRL in breach of the said Award.