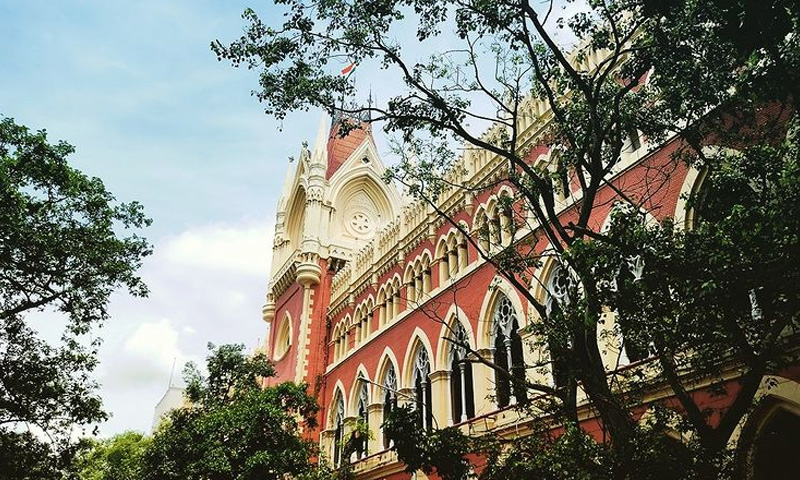 The Calcutta High Court on Monday transferred to the Central Bureau of Investigation (CBI) the investigation into the death of former Congress councillor of Jhalda Municipality in Purulia, Tapan Kandu who was reportedly shot dead by miscreants on March 13.According to reports, Congress councillor Tapan Kandu and TMC's Anupam Dutta were shot dead on March 13 in separate incidents in Jhalda area...

The Calcutta High Court on Monday transferred to the Central Bureau of Investigation (CBI) the investigation into the death of former Congress councillor of Jhalda Municipality in Purulia, Tapan Kandu who was reportedly shot dead by miscreants on March 13.

According to reports, Congress councillor Tapan Kandu and TMC's Anupam Dutta were shot dead on March 13 in separate incidents in Jhalda area of Purulia and Panihati in North 24 Parganas, respectively.

Justice Rajasekhar Mantha was adjudicating upon a plea moved by the widow of the deceased Councillor seeking a CBI probe on the ground that no progress in the investigation has been made by the State investigating authorities.

The Court on Monday took on record the case diary as well as a further status report filed by the concerned police authorities. Pursuant to the perusal of the case diary, the Court noted that some progress has indeed been made in the investigation.

The Court was apprised that 4 accused persons have been arrested so far- Kolebar Singh, accused of firing the weapon, Deepak Kandu, the principal accused and the cousin brother of the deceased, Naren Kandu and Mohammad Ashiq.

The Court was further informed that the statements of 4 persons who had been mentioned in the complaint of the petitioner have been recorded under Section 164 CrPC.

However, Justice Mantha proceeded to point out certain aspects of the investigation that were concerning. He noted that the accused Kolebar Singh was reportedly arrested in Jharkhand and thereafter remanded in custody by the appropriate Court in Purulia, West Bengal. The Court stated that a transit remand to this effect has been omitted in the case diary.

The Court further highlighted that the photographs of the site of occurrence had been taken 2 days after the date of incident apparently after the intervention of the CID, West Bengal.

Expressing deep concern, the Court also noted that the Inspector-In-Charge of the Jhalda Police station, Sanjib Ghosh who is set to have facilitated the crime has not yet been taken into custody. The Court observed that it is 'surprising' that the mobile phone of Ghosh has not yet been seized and that vital data may have been lost by now.

"It also appears that the person who is stated by the complainant to have facilitated the crime, i.e., the Inspector-in-Charge of the Jhalda Police Station, Sanjib Ghosh, has not been taken into custody as yet, and is still performing his duties. It is surprising to note that the mobile phone of the said Sanjib Ghosh has not been seized till date. Vital data may have been lost", the Court ordered.

Justice Mantha further noted that in the complaint lodged by the petitioner, it had been stated in no uncertain terms that Inspector-In-Charge of the Jhalda Police station, Sanjib Ghosh had tried to woe the deceased to join a rival political party. It was also taken into consideration that sometimes even threats had been issued to the deceased by Ghosh in this regard.

The petitioner during the hearing submitted that there were also audio recordings of such threats which could be placed before the Court. The Advocate General however averred that some of the audio recordings were in the custody of Ghosh.

Justice Mantha also objected to the fact that Purulia district police superintendent, S. Selvamurugan had held a press conference on Sunday where he had given a clean chit to Ghosh by stating that the murder was a result of family feud.

"This has been done while the investigation is still in progress and, final report is yet to be submitted" , the Court opined.

The Court also took cognisance of the fact that the Purulia district police superintendent, S. Selvamurugan had been summoned by the Enforcement Directorate pertaining to the investigation relating to the coal scam case.

The Court also opined that there is no dispute that the principal motive behind the murder is political rivalry since the accused Deepak Kandu had contested the municipal elections on behalf of a rival political party and had subsequently lost.

"Investigation as a whole is indeed progressing. However, more could have been done by this time", Justice Mantha observed.

Accordingly, while ordering a CBI probe, the Court underscored,

"..there is need for instilling faith of the public at large in any investigation, relating to the crime of this nature. The public at large, need to see that the Rule of Law is still prevalent, given the gravity and politically sensitive nature of the crime. Justice must be seen to be done. Satisfaction of the de facto complainant, petitioners' family members and persons associated with them also needs to be addressed."

The Court also recorded its appreciation for Advocate General S.N Mookherjee and his team for the 'fair and unbiased stand' taken in putting forward all details pertaining to the investigation before the Court.

Thus, the Court directed the Jhalda police authorities as well as the Superintendent of Police, Purulia to immediately hand over all case records and other important material pertaining to the investigation to the CBI.

The CBI was directed to submit a final report pertaining to the investigation before the concerned Trial Court within a period of 1 month.

It may be noted that this is the second CBI probe ordered by the High Court in less than a month. A Bench comprising Chief Justice Prakash Shrivastav and Justice Rajarshi Bharadwaj vide order dated March 25 had transferred to the CBI the investigation into the violence in Birbhum district of West Bengal, in which 8 persons were killed allegedly in retaliation to the murder of local All India Trinamool Congress (TMC) leader Bhadu Sheikh.

Some motorcycle-borne persons had reportedly shot Tapan dead when he had gone for a walk near his residence. A Special Investigation Team (SIT) has also been constituted to probe the murder of Tapan Kandu with the help of the crime investigation department (CID).

On the last date of hearing, the Court had taken on record a detailed report submitted by the Superintendent of Police, Purulia and also the case diary. The Court had also been informed that the SIT involving C.I.D., West Bengal has also joined the investigation and is overseeing the same.

The Court had earlier also observed that it is prima facie of the opinion that the Jhalda police authorities have violated the decision of the Supreme Court in Lalita Kumari v. Govt. Of U.P. & Ors by refusing to prompt file an FIR against the concerned accused persons.