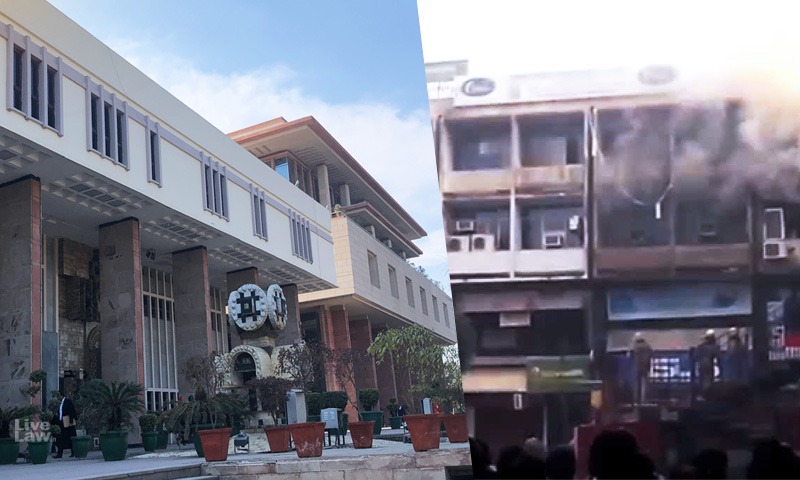 Manushi Sangathan, an organization representing 67 hawkers and vendors, has moved the Delhi High Court seeking impleadment in the suo moto case registered last year following a fire incident at a building in the Nehru Place market. The organization has sought impleadment as a necessary party, claiming that the their vending activities are protected under the order passed by the...

Manushi Sangathan, an organization representing 67 hawkers and vendors, has moved the Delhi High Court seeking impleadment in the suo moto case registered last year following a fire incident at a building in the Nehru Place market.

The organization has sought impleadment as a necessary party, claiming that the their vending activities are protected under the order passed by the Supreme Court.

Therefore, it has been urged that any implementation of any 'No hawking- no vending policy' or the hawkers and vendors being clubbed with encroachers be reconsidered by the Court while dealing with the matter.

The organization has stated that it has recently located a Report from the Delhi Fire Service Website which showed that it took just a minute for the Fire Services to reach the Nehru Place when the fire broke out in August last year.

Furthermore, it has highlighted that upon inquiring, it transpired that 5 out of 6 fire tenders reached the fire-site on time on the relevant date and that only one vehicle, which took an alternative route, took longer.

It has also been stated that there were hindrances to movement as the authorities had dug up the place, including for a rain harvesting pit.

Attention of the Court has also been drawn on the recent order passed by the Apex Court dated January 6, 2022 wherein two SLPs were dismissed by the Court. In the backdrop, the application reads:

"It is respectfully urged that the dismissal of SLP(C) 23381-23382/2018 results in restoration of the challenged judgments, both of which categorically reiterate that the 67 hawkers under Manushi Sangathan will remain protected while declaring Nehru Place District Centre as a "No Vending No Hawking" zone. These dismissals at the same time, do not re affirm the High Court judgments, but at this juncture, display an inclination to not interfere with them."

Accordingly, the organization seeks permission to place the aforesaid relevant documents on record and also seeks hearing in the impleadment application.

The matter is slated to be heard tomorrow by a bench comprising of Justices Manmohan and Justice Navin Chawla.

The Court had last month rapped the South Delhi Municipal Corporation for complaining about the violation of judicial orders by vendors in the Nehru Place area qua conditions of hawking remarking that it was the responsibility of the authority to ensure enforcement of the orders.

Earlier, observing that Nehru Place market area should not become a slum, the Court had sought suggestions from the South Delhi Municipal Corporation on the management of squatters in the area.

The Court had also added that the said vendors will strictly comply with the terms of hawking and vending, will not have a permanent structure and will be confined to the hawking permitted area.

Earlier, the Court had directed the Delhi Fire Services to conduct a mock drill in the Nehru Place Market, on a working day, for the purpose of identifying shortcomings for the future. Following which, it directed the Delhi Government and Police to earmark a lane for emergency services like ambulance and fire brigades, to ensure unobstructed movement for them.

It had also directed the DDA, Delhi Police and SDMC to ensure that the recommendations and suggestions given by the Delhi Fire Brigade are implemented at the earliest.

The Court had also directed the Delhi Police and the South Delhi Municipal Corporation to implement no hawking and vending policy on a daily basis.

Case Title: COURT ON ITS OWN MOTION v. GOVT. OF NCT OF DELHI AND ORS