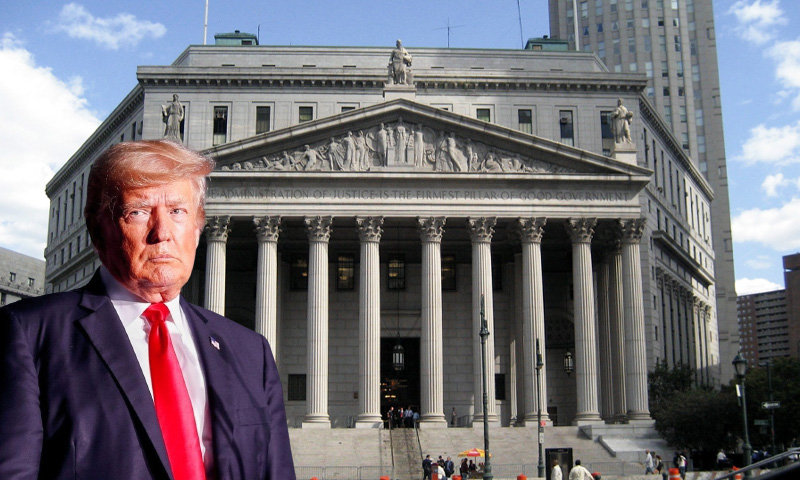 The New York Attorney General office led by Letitia James began a civil investigation, in 2019, into fraudulent activities committed by the Trump Organization to avail favourable loans and tax concessions for its businesses. The OAG is investigating whether the newly joined respondents in the civil investigation, Donald Trump, Ivanka Trump and Donald Trump Jr. ("the New Trump Respondents") misstated and inflated the value of certain assets in the financial statements, loan applications and other official records of the Trump Organization. The OAG has uncovered additional facts in its ongoing fraud investigation, and to determine the involvement of the New Trump Respondents the OAG on 27th December, 2021 sought judicial resolution with respect to an application for enforcement of the subpoenas previously issued by the OAG against them.

Judge Engoron, while hearing the argument of bypass of grand jury protections under the New York Constitution, barring witness evidence before a jury in response to an inquiry, held such provisions are not attracted in the present case, as is evident from the OAG's affirmation of not conducting a grand jury civil investigation for the New Trump Respondents. The contention of possible abuse and unlawful use of subpoenas by the OAG to aid its criminal investigation was rejected by the court, holding that the OAG pursued its civil investigation for more than a year without the slightest hint of using it as a subterfuge to garner evidence for the criminal investigation. Upholding the lawfulness of the civil investigation, the judge dismissed the allegations of it being influenced by the personal animus rooted in the political affiliation of the Attorney General, or racial and ethnic discrimination. Refusing to stay the civil investigations, the court held that the Fifth Amendment's protection against self-incrimination cannot be used by the New Trump Respondents as an armour to shield themselves from deposition and at the same time be used as a weapon against civil investigations. Even when deposed, the court observed, the New Trump Respondents will have the right to refuse to answer any self-incriminating question, the refusal of which cannot be used against them in criminal prosecution. However in a civil investigation of this type in which subpoenas under consideration are sought, no unfairness would be met out by the fact that the jurors are aware of such refusals and that they make their own conclusions on them.

"The target of a hybrid civil/criminal investigation cannot use the Fifth Amendment as both a sword and a shield; a shield against questions and a sword against the investigation itself. When they are deposed, the New Trump Respondents will have the right to refuse to answer any questions that they claim might incriminate them, and that refusal may not be commented on or used against them in a criminal prosecution. However, there is no unfairness in allowing the jurors in a civil case to know these refusals and to draw their own conclusions."

Also, the court noted in dicta, the contents of the letter made public, written to Trump Organization by their Accountant, Mazars USA LLC, stating the organization's financial statements for the years 2011-2020 are unreliable. The court observed that, in the aftermath of the letter becoming public, the statement of the Trump Organization placing reliance on the letter to term the OAG's investigations against it moot, is audacious and preposterous.

Allowing the petitioner OAG's cross motion of compelling deposition, the court in its order dated 17.02.2022 denied the New Trump Respondents motion to quash the subpoena, or stay the OAG's civil investigation against them.