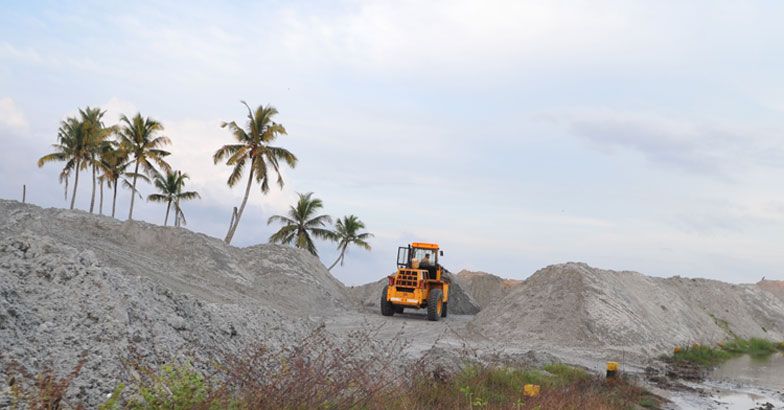 x
The NGT has sought for a report from District Collector on the situation in the suo moto case.

After taking suo moto case on a press report on the issue of sea erosion of Alappad coastal village in Kerala due to mineral sand mining, the National Green Tribunal today directed the Collector of Kollam District to submit a report on the situation there.

The Principal Bench of NGT at New Delhi took note of the news item titled "17 year-old's video gets Kerala talking of the impact of sand mining" published in Indian Express on January 16. The report discussed the video of a 17 year old girl of Alappad sharing apprehension of submergence of the coastal hamlet due to continued mining and dredging operations carried out by Indian Rare Earths Ltd(IREL) and Kerala Minerals and Metals Ltd(KMML), both public sector undertakings.

Alappad is sandwiched between the sea and backwaters, and its soil is rich in black sand that contains important minerals like monazite, ilmenite, rutile and zircon, which are being extensively mined since 1960s by IREL, a central undertaking and KMML owned by Kerala government.

Today, the bench headed by Justice Adarsh Kumar Goel, former SC judge, said that the proceedings are initiated based on the Indian Express report. The members of the bench discussed among themselves as to whether directions should be issued to the State Pollution Control Board or the District Collector to report on the situation. Finally, direction was issued to the District Collector by the bench, which also comprises Justices S P Wangdi, K Ramakrishnan and Expert Member Nagin Danda.

(The Video discussed in the news paper report, which prompted NGT intervention)

Yesterday, the High Court of Kerala had issued notice to the Kerala Government and IREL on a petition against mining in Alappad. The petition filed by a local resident K M Hussain alleged that rampant mining has caused the shrinkage of extent of Alappad panchayath from 89.5 sq.meters to 7.6 square meters.

It was mentioned in the petition that the environment assessment committee of the legislative assembly headed by MLA Mullakara Ratnakaran had highlighted the dangers of excessive mining in the region, and had suggested measures to the mitigate damage. The recommendations of the report, which was submitted in the Assembly, have not been acted upon. There was a recommendation to constitute a committee consisting of government officials, local residents, environmentalists and experts to monitor the mining activities of the company. There was a suggestion to build a stone wall along the sea line to prevent sea erosion. The Committee also recommended the suspension of mining activities for six months. The petition sought a ban on mining activities until the implementation of these recommendations.