"No One Including Media Should Be Above Scrutiny":Newslaundry Responds to Times Group's Rs 100 Cr Defamation Suit 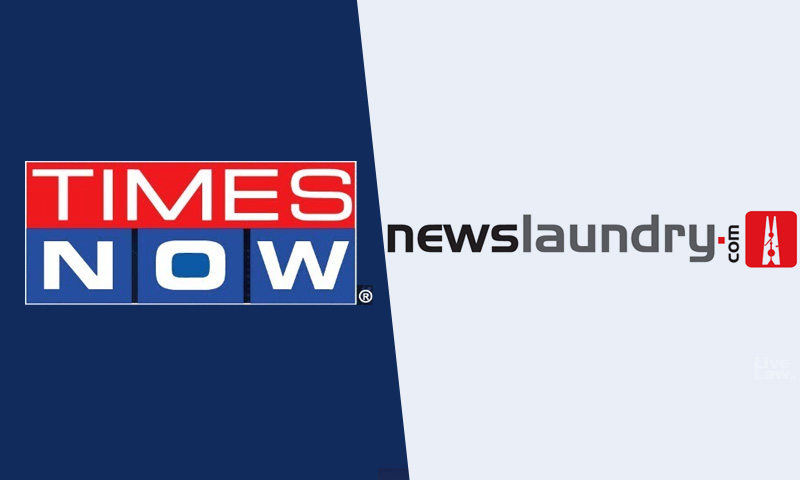 Reader funded News Laundry Media Private Limited has told the Bombay High Court that no one should be above scrutiny, especially the media, in its reply to a Rs 100 crore defamation suit filed against them by Bennett, Coleman and Company Ltd (BCCL), known as the 'Times Group.' "It is unfortunate that an organisation like BCCL, which has had a glorious history of standing up for the...

Reader funded News Laundry Media Private Limited has told the Bombay High Court that no one should be above scrutiny, especially the media, in its reply to a Rs 100 crore defamation suit filed against them by Bennett, Coleman and Company Ltd (BCCL), known as the 'Times Group.'

"It is unfortunate that an organisation like BCCL, which has had a glorious history of standing up for the press," has filed a defamation suit against a "small, independently run media outlet that has consciously chosen a revenue model that allows it to work fairly without the pressure of the 'Unofficial Editorial Line' and without the fear of losing advertisement revenue," News Laundry has said in its reply on Tuesday, opposing BCCLs prayer for ad-interim reliefs.

In its ad-interim application, BCCL has sought directions to News Laundry to deposit Rs 100 crore with the HC and to desist from making further defamatory statements against the publication or re-telecasting the content. The final relief sought is an unconditional apology for defaming Times Now's (a publication of BCCL) anchors Navika Kumar and Rahul Shivshankar.

The petition questions the "tone and tenor" of the videos, alleging misuse of freedom of speech and expression, terming it as a malicious attempt to malign the reputation of Senior Management of BCCL.

In the first video, News Laundry is seen comparing the coverage of different times publications - Times of India and Times Now – in actor Sushant Singh Raput's death case. News Laundry has said, "Pointing out contradictions does not amount to 'Defamation' in any respect," moreover, though BCCL has not stated it, their real problem with the video is that News Laundry has juxtaposed different narratives being "served to the public" by a single organisation.

"Of the 3 mins video, 90 seconds dedicated to news clips of Times Now and approximately 20 seconds to read out Managing Director of BCCL, Vineet Jain's tweets," News Laundry has said.

It further states that their defence is the truth. The video was posted with the motive that media houses begin reporting accurate content instead of TRP driven broadcasting, without any intent to defame, however, BCCL was "unnecessarily offended."

Moreover, the grievance [against Times Now] is shared by all members of the profession, the reply states.

Standing by their executive editor Manisha Pande, the reply says that no defamatory remarks have been used for Times Now's Editor-in-chief, Rahul Shivshankar, and group editor, Navika Kumar as the comment as are "factually correct."

BCCLs primary concern with the second video is using the picture of Navika Kumar with other channel heads as the cover photo to create an impression that Times Now is also involved in illegal Acts of TRP manipulation.

News Laundry has responded by saying that they have used Kumar's picture as a matter of "routine journalistic practice." Navika Kumar has, herself, indulged in such practices on several occasions, it states, followed by examples.