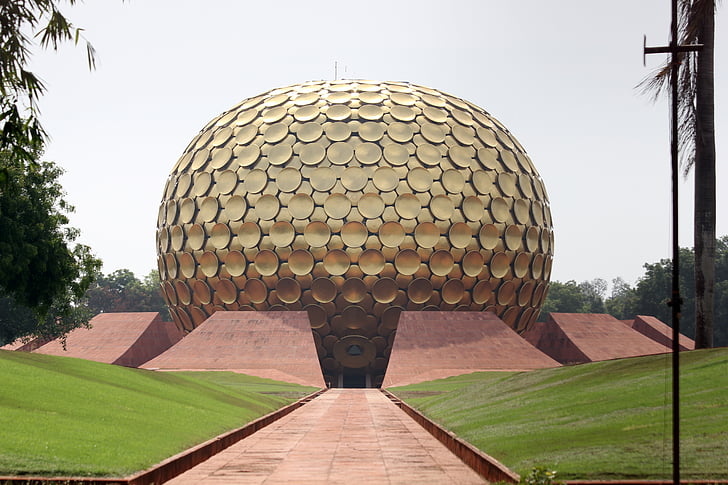 In a plea challenging the cutting of large number of trees by the Auroville Foundation for its development projects, The National Green Tribunal, Southern Zone, Chennai has directed the Auroville Foundation to prepare a proper township plan with respect to the area presently in its possession or the area of land visualized by the MOTHER and give details regarding the proposed ring...

In a plea challenging the cutting of large number of trees by the Auroville Foundation for its development projects, The National Green Tribunal, Southern Zone, Chennai has directed the Auroville Foundation to prepare a proper township plan with respect to the area presently in its possession or the area of land visualized by the MOTHER and give details regarding the proposed ring roads, nature of industries, and other activities that they wish to establish in the area and the number of phases in which it plans to execute the development projects. The Auroville Foundation was further directed to obtain Environmental Clearance (EC) as it will fall under Item 8 (b) of the EIA Notification, 2006 as amended from time to time. Till then they are directed not to proceed with further construction in the project area.

The Tribunal, comprising Justice M. Ramakrishnan (Judicial Member) and Dr. Satyagopal Korlapati (Expert Member) also directed the setting up of a Joint Committee consisting of (i) the District Collector who is the Chairman of the District Green Committee of the concerned district along with (ii) the Forest Official not below the rank of Conservator of Forest, as deputed by the Principal Chief Conservator of Forests, (Head of Forests Force) and Chief Wildlife Warden, State of Tamil Nadu. This committee was directed to inspect the area where the Foundation was planning to implement development projects and ascertain whether the project could be implemented by reducing the width of the road at suitable places so that the number of trees to be cut could be minimized. The Tribunal also directed the Joint Committee to ascertain if any water bodies existed in the area and the manner in which the road will be constructed by elevation without affecting such water bodies. The Joint Committee was directed to complete the process and submit a report within a period of two months. The Foundation was directed to carry out work in the impugned area, strictly in accordance with the recommendations of the Joint Committee. Further directions were issued not to cut any trees from the property.

The court also directed the Auroville Foundation to plant trees in the ratio of 1:10 for the number of trees to be cut. The area and the species to be planted were to be recommended by the Joint Committee.

The application was filed by one Navroz Kersasp Mody challenging the cutting of a large number of trees by the Auroville Foundation, which according to the petitioner has its own biological diversity and eco-sensitiveness. The applicant claimed that the area was a forest area and that the project of the respondent foundation was causing the destruction of the forest.

The applicant thus sought for interim relief to injunct the Foundation from felling any tree or clearing undergrowth in the Darkali Forest or any area in Auroville for the proposed crown road project. The applicant also sought relief to direct the Foundation to prepare a Detailed Development Plan including a mobility plan which is based on and respects the present day ground realities and implement projects based on such plan after necessary impact assessments and feasibility studies in an environmentally sustainable manner.

The respondent also stated that cutting of trees would not have a great impact on environment and provided grounds for the same specifying the measures taken by Auroville to maintain a sustainable future.

The respondents further stated that the applicants filed the application projecting themselves as environmentalists only when the illegal constructions made by him was about to be removed by Auroville.