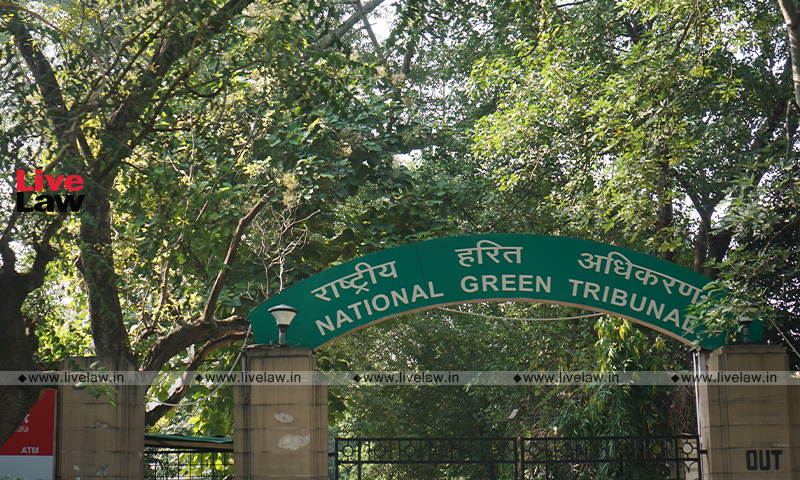 The National Green Tribunal at New Delhi has directed the Ludhiana Municipal Corporation to deposit a sum of Rs. 100 crores with the District Magistrate towards interim compensation for death of seven persons in a fire at a garbage dump site at Tajpur Road.

Most of the deceased belonged to the rag picker family who were living for the last ten years near the site with a huge dump of 20 lakhs tons.

The Tribunal noted that there was prima facie failure of the State authorities in complying with the Solid Waste Management Rules, 2016.

Further, as per the Tribunal-appointed Monitoring Committee, the Municipal Corporation and other State Authorities failed to provide clean environment and also failed to comply with the SWM Rules not only at Ludhiana but even other places.

"Presently 25-30 lakh tonne legacy waste is stored at 52 acres of land in Ludhiana. No steps are being taken to remediate the same," the Committee report said.

It said that the possibility of causing fire to the jhuggi of deceased family, due to existing of large dump site of solid waste spread in an area of 52 acres and occurrence of fire incident at various locations of the solid waste dump, cannot be ruled out.

It pitied the "pathetic" conditions in which rag pickers live around this dumpsite and suggested rehabilitation measures, including an 'onsite' emergency plan, installation of fire hydrants, fire alarms and sirens.

Now, the Tribunal has identified the following issues for consideration"

iii) Compensation to the heirs of the persons who had died

iv) Further remedial action by the Corporation and the State and monitoring by CPCB on the issue of safety measures against forest fires.

The tribunal directed the Chief Secretary of Punjab to take action as per the recommendations of the Monitoring report. Further, in terms of recommendations referred in the report the Municipal Corporation Ludhiana was directed to deposit a sum of Rs. 100 crores with the District Magistrate, Ludhiana, towards interim compensation within one month, to be kept in a separate account to be utilized for remedial measures in terms of the report.

The Tribunal stated that if the Corporation is unable to make such deposit, the same shall be done by the State Government. The Tribunal further noted that it was open for the Corporation to recover the amount from those contributing to the garbage or those who failed to perform their duties, as per law.

The compensation was assessed at Rs.57.5 lacs-Rs.10 lacs each for persons aged above 50 and Rs.7.5 lac each to the persons below 20 as per the principle laid down in MCD v. Uphaar Tragedy Victims Assn.

The Tribunal also directed the State PCB and other authorities in the State of Punjab to comply with the directions of the Central Pollution Control Board (CPCB) dated 26.05.2022, with regard to safety measures against fire incidents in dump sites, apart from observations in the report of the Monitoring Committee.

In particular, Ludhiana Municipal Corporation was directed to set up requisite facilities and infrastructure to prevent fires. CPCB was also asked to collate information on legacy and active dump sites in cities having population more than one million and, in the State/UT capitals, with timelines to prepare and execute fire management plans, with requisite facilities and infrastructure.

The Tribunal also asked for an action taken report to be filed by the Municipal Corporation of Ludhiana, the District Magistrate of Ludhiana, the State Pollution Control Board, the Chief Secretary of Punjab and the CPCB within two months.

Matter will next be taken up on November 1.

CASE TITLE: In re: News item published in The Indian Express dated 20th April, 2022, titled "7 Charred to death in fire near Ludhiana dumpsite"