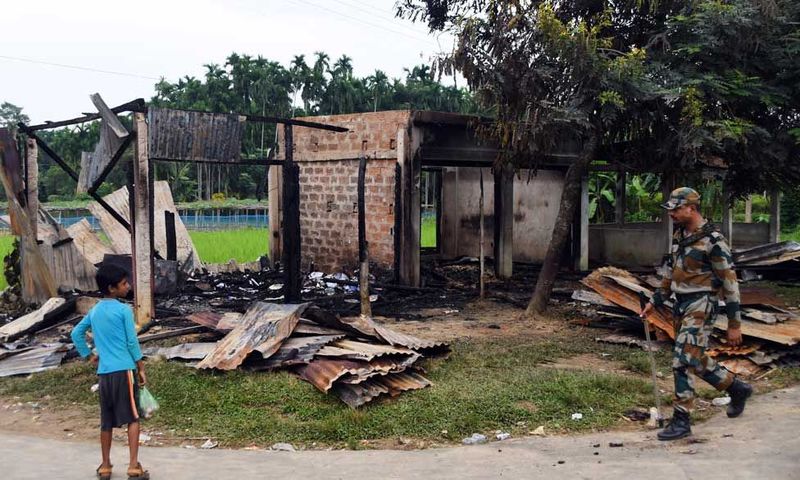 The National Human Rights Commission (NHRC) has sought a detailed action taken report from the Chief Secretary & Director General of Police, Tripura regarding the recent communal violence in the State of Tripura. This order has been passed on a complaint filed by the National Spokesperson of All India Trinamool Congress (AITC) and Social Activist, Sake Gokhale who highlighted the...

The National Human Rights Commission (NHRC) has sought a detailed action taken report from the Chief Secretary & Director General of Police, Tripura regarding the recent communal violence in the State of Tripura.

This order has been passed on a complaint filed by the National Spokesperson of All India Trinamool Congress (AITC) and Social Activist, Sake Gokhale who highlighted the issue regarding rising incidents of political violence and violence against persons from the religious minority community in Tripura.

Gokhale, in his complaint, alleged that despite reports of violence against persons from the religious minority community, the State machinery acted like a bystander by siding with a rioting mob.

Against this backdrop, alleging that post the communal violence, there is an atmosphere of immense fear amongst the members of the minority community in the affected area with regard to their life and safety, the complaint has sought the intervention of the Commission in the matter.

Apart from this, in his complaint, Gokhale has also alleged that the workers of ruling party of the State had attacked leaders of All India Trinamool Congress while they were campaigning in the State and during such incidents of political violence, one of the sitting Members of Parliament and other workers of AITC sustained injuries, their vehicle were vandalized and belongings were stolen.

He has further alleged in his complaint that the Vishwa Hindu Parishad (VHP) carried out a rally in an area under North Tripura during which one of the religious place of worship belonging to the minority community was vandalized and two shops were burnt down by the mob who carrying out the rally.

Order of the commission

Having considered the complaint, the Commission has directed its Registry to transmit the copy of complaint to the Chief Secretary, Govt. of Tripura and the Director-General of Police, Tripura to submit an action taken report within a period of four weeks.

The concerned authorities have also been asked to intimate the Commission if any, notice, order, etc., has been received by him/them in the instant matter from the State Human Rights Commission. If yes, a copy of such order be also sent to the Commission within four weeks.

"Let a copy of the complaint be also transmitted to the Secretary of the concerned State Human Rights Commission, calling upon him to inform this Commission the date of cognizance, if any, taken at their end in the instant matter within four weeks," the order further directs.

It may be noted that the Tripura High Court on October 29, after taking suo moto cognizance of the issue of violence in North Tripura District, Unakoti District as well as Sipahijala District, called upon the state to file its reply (on or before 10th November 2021) on preventive measures taken by it and enquired as to what is their plan to scuttling the design of stoking communal passion.

Essentially, the Court has taken cognizance of the October 26 violence, following the reports of minorities being targeted in the state and properties being vandalized. As per the media reports, the state of Tripura has witnessed violence during the protests called by Hindu outfits post the incidents of vandalization of Durga Puja pandals in Bangladesh

Read these reports to know more:

"Media Shouldn't Be Allowed To Be Used To Spread Communal Passion": Tripura HC While Taking Cognizance Of Violence In State