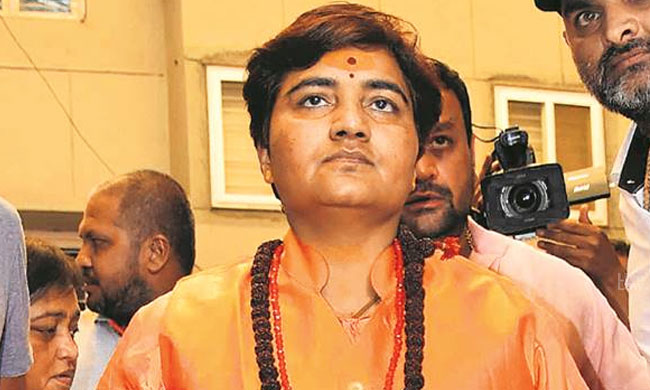 The National Investigation Agency filed an application before the Special NIA Court on Thursday praying for the proceedings in 2008 Malegaon blast trial to be made in-camera. Special Judge VS Padalkar today said the Court will decide the application filed under Section 17(1) of the NIA Act and 44(1) of the Unlawful Activities Prevention Act on Monday. Here are a few excerpts from...

The National Investigation Agency filed an application before the Special NIA Court on Thursday praying for the proceedings in 2008 Malegaon blast trial to be made in-camera.

Special Judge VS Padalkar today said the Court will decide the application filed under Section 17(1) of the NIA Act and 44(1) of the Unlawful Activities Prevention Act on Monday.

Here are a few excerpts from NIA's application-

"For maintaining harmony in the society, it is necessary to conduct in camera hearing and restrain publication of court proceedings.

This case involves facts having direct bearing on the communal harmony, national security and public order and the sensitive nature of the case, unwarranted publicity needs to be avoided, as it has potential to damage communal harmony and eventually jeopardize the fairness of the trial. It is necessary to conduct the trial proceedings of this case in camera under provisions of NI Act and UA(P) Act"

This is not the first instance when an application for making proceedings in a high-profile case in-camera, has been filed. Making proceedings in-camera means that the media would be prevented from remaining present during the trial and also from reporting on it.

Previously, a Special CBI Judge had prevented the media from reporting in the trial regarding the alleged fake encounter of Tulsiram Prajapati and Sohrabuddin Shaikh. The said media gag order was quashed and set aside by the Bombay High Court on February 4, 2018. Press is the most powerful watchdog of public interest in a democracy, Justice Revati Dere had observed.

In both these cases, high profile individuals were named as accused. Then Home Minister of Gujarat and Rajasthan minister were both accused in the Sohrabuddin case before they were discharged. Similarly, BJP MP from Bhopal Pragya Singh Thakur, is the prime accused in the said bomb blast case of 2008.

Also, Lt.Col. Prasad Purohit, one of the accused in the blast had filed an application in 2016 to make proceedings in-camera and the trial Court partly allowed this prayer restricting the in-camera proceedings to the framing of charges against him.

According to the prosecution's case, an impoverished explosive device (IED), which triggered the blast, was mounted on an LML Freedom bike registered in Pragya Thakur's name. The Anti-Terrorist Squad led by the martyr of 26/11, late Hemant Karakare, had concluded that Pragya's motorcycle was used for the blast by her associate Ramji Kalsangra, still absconding. Whereas the National Investigation Agency, dropped all charges against Pragya under the stringent Maharashtra Control of Organised Crime Act (MCOCA) in their charge sheet after taking over the investigation in 2011 from Maharashtra ATS. NIA concluded that Ramji was in possession of the said bike for two years and Sadhvi was only the registered owner.

Pragya has already denied knowledge of the Malegaon blast altogether when she was questioned by Judge Padalkar about the blast in open court.

Special NIA Court framed charges against Pragya and the other accused in the case. They have been charged with murder, attempt to murder, voluntarily causing grievous hurt by dangerous weapons or means, promoting enmity between different groups and punishment of criminal conspiracy. Under the Unlawful Activities Prevention Act, the accused have been charged under Section 3, Section 4, Section 5 and Section 6 of the Explosive Substances Act, 1908 and relevant sections of the Arms Act.