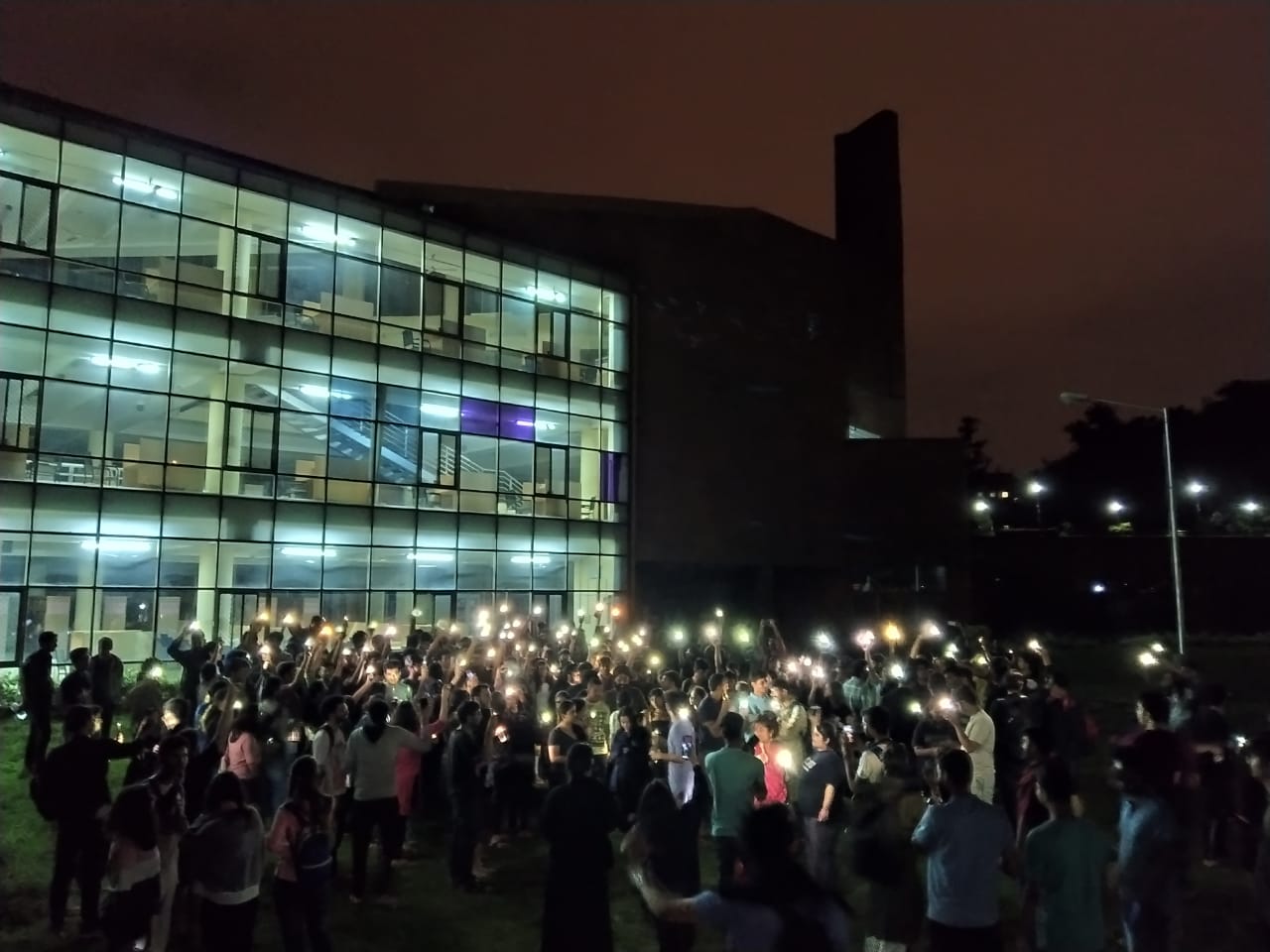 Four days into the protests, the students of NLSIU Bangalore have resolved to boycott their semester end exams that were supposed to begin today. What Is The Crisis About? The agitation started last Friday over an inordinate delay of about 50 days in appointment of Prof. Sudhir Krishnaswamy as the new Vice Chancellor of the university. The student body has been urging...

Four days into the protests, the students of NLSIU Bangalore have resolved to boycott their semester end exams that were supposed to begin today.

What Is The Crisis About?

The agitation started last Friday over an inordinate delay of about 50 days in appointment of Prof. Sudhir Krishnaswamy as the new Vice Chancellor of the university. The student body has been urging the administration to complete the remaining formalities in the process of his appointment.

However, the college administration named M. K. Ramesh as "Additional VC/ VC (FAC)" instead and did not appoint Prof. Krishnaswamy, in complete disregard of the above decisions.

The Student Body attributed this holdup to the conflict of interest of the Registrar, Prof. O. V. Nandimath.

Apart from being the Registrar, Prof. Nandimath is also the ex-officio Secretary to the Executive Council, which is responsible for the selection of the new VC and for carrying out the procedural formalities. Interestingly, he had also applied for the post of VC but lost his claim to Prof. Krishnaswamy, resulting in a conflict of interest.

When this issue was taken up by the students of NLSIU, Prof. Nandimath offered to recuse from the post. However, the VC (FAC), Prof. Ramesh, refused to accept the recusal, stating that he did not have the capacity to accept the same since he was in a transitional position. 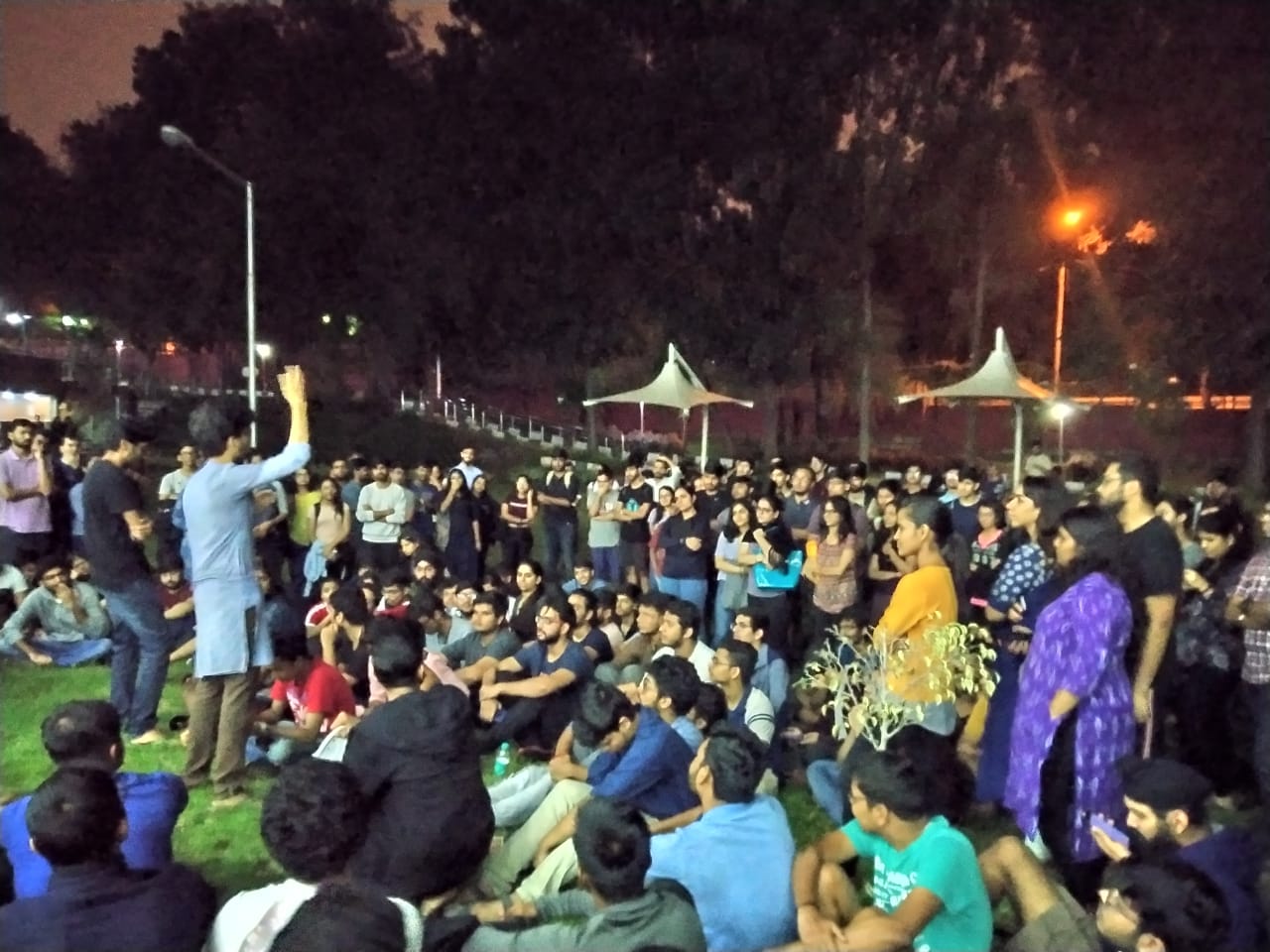 Apart from the non-appointment, the students at NLSIU are also aggrieved by the adverse approach of the present administration which was alleged to have been passing anti-student resolutions.

The students informed that the academic block was now shut at 10 pm, without providing any official notice, while earlier it used to be accessible 24x7.

The students are also concerned about the reduction in the budgets of institutionally-run student bodies which organizes seminars and conferences, which would force the body to curtail the number of events from seven or eight in a year to just one or two. Hike in tuition fee of about 28%, "without any consultation or due justification being provided", was also one of the concerns of students at NLSIU.

The administration has also failed to introduce reforms related to academics, mental health, and infrastructural facilities, the students added.

On Friday, September 20, the students demonstrated their resistance to the aforesaid situation by boycotting classes and resorting to sit-in protests. They peacefully sat outside Registrar Nandimath's office, demanding expeditious steps for appointment of Prof. Krishnaswamy.

The issue of was also instigated on an information that there was likely to be a change in the composition of the Executive Council (EC) of NLSIU, for appointment of a new VC.

Subsequently, the Registrar and VC (FAC) convened a General Body Meeting with the students, where the students put forth certain questions to the administration. As the meeting did not lead to any common ground, the protests continued into Saturday when all classes, including those for post-graduate courses, were cancelled as the students boycotted classes as a mark of protest.

Meanwhile, a four-member committee comprising two senior faculty members (Prof. T.S. Somashekhar and Prof. Babu Mathew) and two student representatives (Unnati Ghia and Harsh Srivastava) was set up to inquire into the questions raised by the student body regarding the appointment on the VC, amongst other issues.

As per the Executive Summary of the findings of the report submitted by this committee on Saturday, the composition of the EC had been altered, merely a week before its 89th session, scheduled for September 28. To their utter surprise, the special invitees of the last session, Justice M. M. Shantanagoudar, Justice S. A. Nazeer and Justice Deepak Gupta, had not been invited to the 89th EC, while two other members of the Bar Council had been invited, in apparent violation of the NLSIU Act and against procedural fairness and continuity of the decision-making process.

Thereafter, during the student body meeting held on Saturday itself, the VC (FAC) and the Registrar refrained from addressing the issues raised in the report and walked out without giving any assurances. In this view, the student body of NLSIU is now boycotting the examinations.

Last night, the students peacefully marched to the Academic Block, demanding institutional transparency and expeditious appointment of Prof. Krishnaswamy as the VC.

The student protests have gained support from across the nation, including Panjab University's Students for Society which affirmed to stand in solidarity with NLSIU Student Bar Association. The alumni batches of 2015 and 2018 of NLSIU also extended their support to the students by releasing their respective Statements of Solidarity. The 2018 batch condemned the decisions taken by the interim administration to charge college committees and recruiters for use of college facilities and restricting access to common spaces.

Amidst all these developments, the student body, in order to ensure that academics do not suffer, decided that the senior batches of the university will take sessions for the junior batches to compensate for the classes that have been missed during the boycott. In this regard, the Academic Support Programme has set up a database containing all available notes, summaries, and past year papers with answer keys.