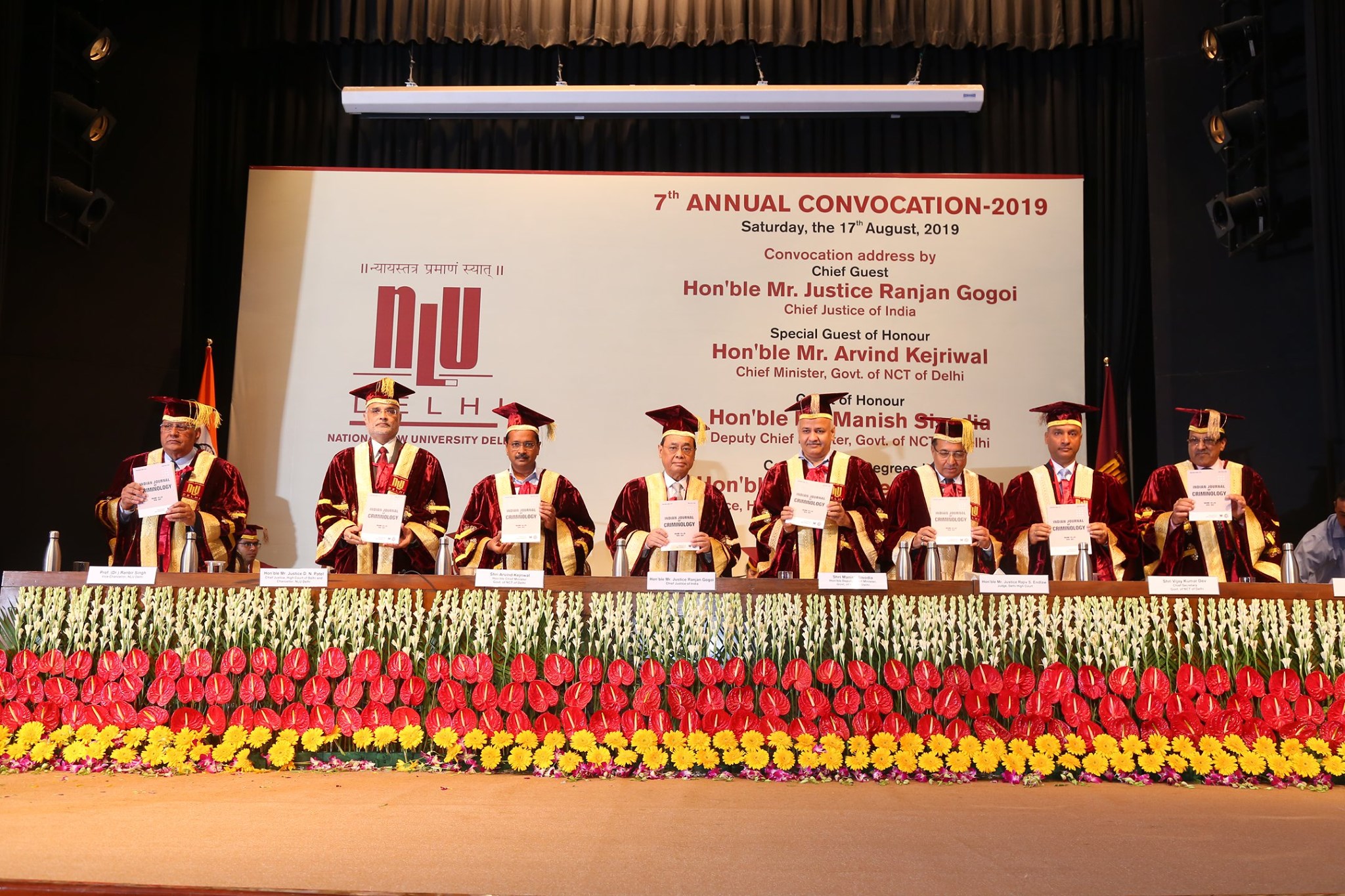 x
"I knew that it would stay on my conscience for a long time if I did not do it. It was a difficult decision and I am still trying to handle it", she said.

(Updated with response of NLU Delhi)Surbhi Karwa, topper of LL.M batch of National Law University Delhi, was conspicuous by her absence during the convocation ceremony held last Saturday.She was to receive the gold medal for the first rank holder of LL.M from the Chief Justice of India Ranjan Gogoi during the event. In a conversation with LiveLaw, she said that the decision to skip the...

(Updated with response of NLU Delhi)

Surbhi Karwa, topper of LL.M batch of National Law University Delhi, was conspicuous by her absence during the convocation ceremony held last Saturday.

She was to receive the gold medal for the first rank holder of LL.M from the Chief Justice of India Ranjan Gogoi during the event.

In a conversation with LiveLaw, she said that the decision to skip the event was a conscious one made on 'moral grounds'.

"It is my firm view that the Supreme Court did not follow just and fair procedure before giving clean chit to the Chief Justice of India in the sexual harassment allegations raised against him by a former employee. Therefore, the thought of receiving the award from the CJI made me feel morally uncomfortable", said Karwa.

"I knew that it would stay on my conscience for a long time if I did not do it. It was a difficult decision and I am still trying to handle it", she said.

Earlier she told The Indian Express that everything she read and studied about constitutional morality and role of lawyers put her in an ethical dilemma as to whether she should receive the award from CJI, she said.  Her LL.M thesis is a feminist critique on the constituent assembly debates, exploring the question whether Constitution is a feminist document.

She added that getting the award was an honour in itself, and receiving the gold medal from one person was not as important as getting selected for it.

During the convocation ceremony, the CJI urged the law students to join the bar to protect constitutional values.

On April 19 ,a former SC court staff sent a 29 page affidavit to the SC judges alleging that the CJI had made unwelcome sexual advances at her and that when she protested, she had to face vindictive action from him, including dismissal from service.

Following this, a special sitting was convened by a bench headed by CJI on the next day. The CJI denied the allegations and termed it as an attempt to attack the independence of judiciary. The SC later ordered that a probe was necessary to see if the allegations were the result of a 'larger conspiracy' and designated former SC judge Justice Patnaik to head the same.

The SC constituted an in-house panel of Justices S A Bobde, Indu Malhotra and Indira Banerjee to probe the allegations. Stating that the atmosphere of the in-house committee was "frightening" , the woman decided not to participate in the proceedings any longer.

Despite the complainant withdrawing from the enquiry, the panel chose to proceed ex-parte, and examined the Chief Justice of India, who denied the allegations.

On May 6, the SC Secretary General informed that the in-house panel has given clean chit to CJI Ranjan Gogoi in the matter.

The contents of the report have neither been shared with the complainant nor been made public.

Surabhi is a regular contributor to LiveLaw Hindi.

The Vice Chancellor of  National Law University, Delhi, has issued a press release in response to the event as follows :

"The news item pertaining to the NLU Delhi's convocation and award of the Gold Medal to one Ms Surbhi Karwa appeared today (Aug. 19, 2019) in the sections of media. The news item appears to be based on incorrect facts and information.

As per the scheme of award finalised by the University, no medal was to be awarded to LL.M. topper by the Hon'ble Chief Justice of India. Nor did the University ever make any such communication to any student including Ms. Surabhi Karwa. In fact the said topper was to receive the medal from Mr. Vijay Dev, Chief Secretary, Delhi NCT. The medals were also given by the other dignitaries present.

As per the programme, only two undergraduate students were to be awarded the medals by the Hon'ble Chief Justice of India during the Convocation.

The name of Ms Surabhi Karwa was called as matter of required protocol of the Convocation and it was mentioned that her medal was awarded "in absentia'' as the University had no information about her plans to attend the Convocation or sending anybody else on her behalf to receive the award.

As University, we are highly perturbed over this instance as it has caused an unnecessary inconvenience to the Hon'ble Chief Justice of India.

The University intends to take up this matter with utmost sincerity and proposes to take up all necessary measures in this direction."