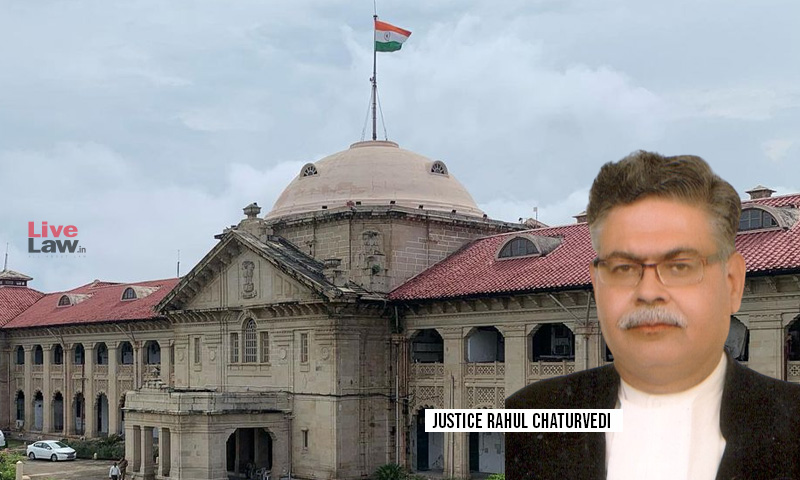 Allahabad High Court on Monday issued certain guidelines/safeguards to prevent the misuse of Section 498A of the Indian Penal Code (IPC).

One of the guidelines issued by the Court states that after the registration of a First Information Report (FIR) under 498A IPC, no arrest or coercive action should be taken against the accused during the cooling-off period of two months.

During this period, the Court has ordered that the issue should be referred to a Family Welfare Committee (FWC). It may be noted Section 498-A punishes a woman's husband or his relatives if they subject her to cruelty.

While issuing the safeguards, the Bench of Justice Rahul Chaturvedi was of the view that the traditional fragrance of our age-old institution of marriage would completely evaporate over a period of time if gross and unmindful misuse of section 498-A IPC would keep on happening rampantly.

Essentially, the Court was hearing revision petitions filed by 3 persons (in-laws of the complainant) challenging an order of the Sessions court rejecting their discharge applications in connection with an offence registered against them including various sections of IPC including Section 498A.

This FIR had been lodged by the wife against her husband and in-laws, wherein she alleged, inter alia, that his father-in-law wanted to have sexual favors from her, and not only this, but her brother-in-law also have tried to ravish her physically.

She also alleged that her husband used to lock her in the bathroom after taking away her mobile phone and her mother-in-law and sister-in-law pressurized her to get aborted. On making their refusal, all the family members became physical with her.

It was further alleged that a constant demand was made for additional dowry and on her refusal, she was assaulted brutally by fists and kicks and maltreated and humiliated to its optimum.

At the outset, taking into account the story narrated in the FIR by the wife, the Court said that the FIR was not only abhorring, but full of dirt, filth, and venomous accusations against her own husband and in­laws.

"The graphic and vivid descriptions of the incident without any shame or hitch of any sort, speaks out the volume of mental condition and amount of venom and poison in the mind of the informant. She without mincing any word, rather exaggerating the incident to manifolds, had committed the snide before the Court," the Court remarked.

Further, the Court found no fault with the order of the lower court discharging the accused as the Court was of the view that the wife/victim had been unable to substantiate allegations made by her even at the time of investigation and these allegations were found false.

The Court also recorded its strongest exception to the type of language used by the informant in the FIR.

"The language of the FIR should be a decent one and no amount of atrocities faced by the informant would justify her to use such type of caustic expressions. FIR/complaint is the gateway of any criminal case even soft and decent expression would well communicate the alleged atrocities faced by her," the Court said.

Consequently, the revision petitions of the in-laws were allowed, however, Husband's revision plea was rejected.

Now, regarding the misuse of Section 498A IPC by the wife, the Court opined that nowadays, every matrimonial case is being exaggerated manifold with all the pungent and caustic allegations of dowry-related atrocities involving the husband and all family members

Thus, assessing the totality of the circumstances, object and the allegation of misuse of Section 498A IPC, the Court went on to propose the safeguards after taking the guidance from the judgment of the Apex Court in the case of Social Action Forum for Manav Adhikar Vs. Union of India with a view to keep the growing tendency in the masses to nail the husband and all family members by a general and sweeping allegations.