No Arrests Except Where It Is Inevitable, Kerala HC Directs Police In View Of National Lockdown [Read Judgment] 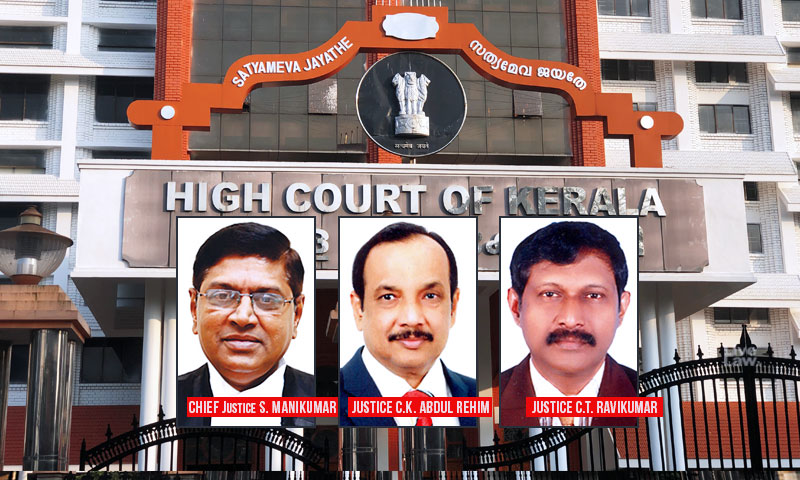 Taking note of the impact of national lockdown on the workings of the offices of advocates and government law officers and their support staff, the High Court of Kerala on Wednesday directed that the police should not make arrests, except where it is inevitable. At the same time, the Court said that the police will be at liberty to act in respect of heinous and serious offences.This is one...

Taking note of the impact of national lockdown on the workings of the offices of advocates and government law officers and their support staff, the High Court of Kerala on Wednesday directed that the police should not make arrests, except where it is inevitable. At the same time, the Court said that the police will be at liberty to act in respect of heinous and serious offences.

This is one among the slew of directives passed by a full bench comprising Chief Justice S Manikumar, Justices C K Abdul Rehim and C T Ravikumar in a suo moto case.

"Therefore, taking note of the above said situation, we are of the firm view that, right of personal liberty guaranteed under Article 21 of the Constitution of India should not, at any rate, be infringed by arresting an accused, except in matters where arrest is inevitable. However, the State is at liberty to take appropriate decision in respect of heinous/serious offences and in rest of the cases, State may act accordingly".

Adverting to the situation of overcrowding of prisons, the bench further observed that whenever accused persons are produced, the Magistrates/Judges should decide whether judicial custody or police custody is necessary. The Court emphasized that "bail is the rule and jail is the exception".

"In the event of any arrest, the Constitutional obligation under Article 20(2) shall be followed in letter and spirit. Over-crowding in prisons is one of the issues taken up by the Hon'ble Supreme Court in Suo Motu Writ Petition (C) No.1/2020. Therefore, learned Magistrates/Judges before whom the accused is produced, depending upon the nature of offence, shall consider as to whether judicial/police custody is required or not. Needless to state that, bail is the rule and jail is an exception".

The bench however added :

"We make it clear that, the above said directions stand excluded to subjects relating public order/law and order and any action taken by the State Government to combat the outbreak of COVID-19 and actions taken thereof"

The suo moto case was taken by the Full Bench in the wake of the national lockdown of 21 days announced by Prime Minister Narendra Modi on Tuesday night.

The Court extended all interim orders passed by subordinate courts and tribunals by a period of one month.

"in exercise of the powers conferred under Articles 226 and 227 of the Constitution of India, all the interim orders passed by all the Courts/Tribunals upon which High Court exercises supervisory jurisdiction under Article 227, which are due to expire during the lock down period of 21 days, are extended by this Court by one month from today".

The Court also extended the operation of bail orders.

"orders of bail or anticipatory bail, restricted for a limited period, which may expire in the lock down period, have to be extended. Therefore, in exercise of the powers conferred under Articles 226 and 227 of the Constitution of India and Sec.482 Cr.P.C., interim orders in the above matters will stand extended for one month from today."

The Additional Advocate General submitted that the Government of Kerala has taken a decision to keep in abeyance all recovery proceedings till April 30. The Government have also instructed the Local Self Government Institutions to refrain from coercive actions, the AAG submitted.

"It is sincerely expected that, due to the outbreak of COVID-19, State Government, LSG Institutions, Government of India, and Public Sector Undertakings owned and controlled by the State/Central Governments that no coercive action be taken since there is no opportunity to the persons to approach the Courts at present", the bench observed.

"Taking note of the submission of the Government of India before the Hon'ble Supreme Court that a proper mechanism will be evolved, in exercise of the powers under Articles 226 and 227 of the Constitution of India, we also deem it fit to state that until such time, we hope that no action would be taken".

The Court also took note of the submission of  V. Manu, learned Senior Government Pleader who expressed the view of the Bar Council of Kerala and the Bar Council of India that, in the wake of the outbreak of the pandemic in the country and the consequent lock down notification issued by the Government of India, there should be a total shut down of Courts during this lock down period.

In a separate office order issued, the High Court announced the suspension of its operations till April 14.