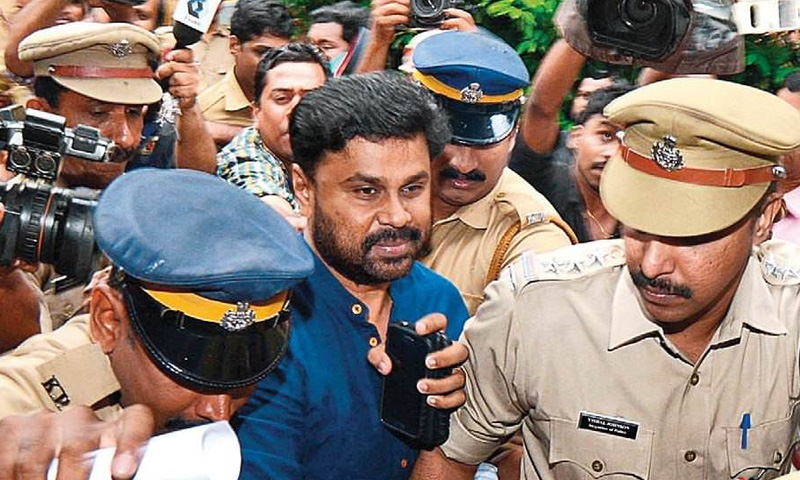 The Kerala High Court on Friday dismissed the applications filed by the prosecution and the victim seeking to change the judge holding trial in the sensational actor sexual assault case of 2017.A single bench of Justice V G Arun had reserved orders on November 13 after hearing Special Public Prosecutor Suman Chakravarthy and Senior Advocate S Sreekumar, who represented the victim. The HC had...

The Kerala High Court on Friday dismissed the applications filed by the prosecution and the victim seeking to change the judge holding trial in the sensational actor sexual assault case of 2017.

A single bench of Justice V G Arun had reserved orders on November 13 after hearing Special Public Prosecutor Suman Chakravarthy and Senior Advocate S Sreekumar, who represented the victim. The HC had also stayed the trial proceedings held in the case in the Court of Additional Sessions Judge (Special/CBI)-III, Ernakulam, till the pronouncement of the orders.

The High Court on Friday lifted the stay on trial and directed that the proceedings should resume from Monday, November 23.

"When the question is one of transfer of a criminal case on the ground of judicial bias, mere allegation of apprehension of bias is not enough, the court has to see whether such apprehension is reasonable or not", the Court observed.

The High Court discussed in detail the seven instances pointed out by the prosecution and the victim to allege bias.

The contention that, Counsel for the 8th accused(Dileep) was permitted to cross-examine the victim after four months of completion of cross-examination by the other accused is not of much avail, said the court, since the cross-examination was deferred awaiting CFSL report on the cloned copy of the pendrive furnished to the 8th accused, as per the direction of the Supreme Court. Further, trial had to be adjourned for almost three months in the light of the outbreak of Covid-19 and the resultant lockdown, the court noted.

As regards the second instance that the judge did not stop the harassment of victim by the lawyers of the accused, the High Court observed that "it would have been prudent and proper for the learned Judge to have intervened as and when the victim was seemingly harassed during cross-examination".

But the Court did not accept this as a ground to form an opinion that the judge was biased.

The High Court also observed that the prosecution had left unchallenged the adverse orders passed by the trial court, whereby the serving of the copy of the CFSL report on the memory card to the prosecution was dispensed with.

The trial court had taken the view that as per the Supreme Court direction, the CFSL report has to be kept confidential till the end of the trial.

The court urged that all parties should take care to ensure that the incidents alleged to have taken place on October 14, when the prosecutor and the judge had altercations in the open court, do not repeat.

"It goes without saying that unless the court and the prosecutor work in sync, it will result in either the guilty escaping from the clutches of law or the innocent being punished.

I am confident that in the endeavour to reach the truth and render justice, the court, the Special Public Prosecutor and the defence lawyers will work in tandem, as is expected of them", Justice Arun observed..

Before the High Court, the Prosecutor had submitted that the trial judge remained a "mute spectator" when the victim was harassed and intimidated by the lawyers of the accused during cross-examination. When the prosecution expresses lack of confidence with the judge, the proper course would have been to write to the High Court informing about the same. But the presiding judge chose not to do so, the Prosecutor submitted.

Senior Advocate Sreekumar had submitted that the victim was forced to undergo an "ordeal" of cross-examination for about 9-10 days, during which irrelevant and unnecessary questions maligning her character were raised.

"Most of the time I(victim) was weeping. I was compelled to speak about the horrific details before a large group of advocates. The judge could not control the court. No judge would have allowed to put such questions to a victim of a horrific sexual crime", he submitted.

The senior counsel went to the extent of submitting that there was "manifest bias" on the part of the presiding officer.

The judge directly contacted the Central Forensic Science Laboratory for a report on the examination of the memory card (which allegedly contains the crime scenes) and handed over the same to the accused, without giving its copy to the prosecution, alleged the senior lawyer.

The Prosecutor added that such conduct of the presiding judge was against the orders of the Supreme Court, as per which the copy of the report should be shared with "all concerned", which includes the prosecution.

During the hearing, Justice Arun had asked why no objection was taken to the approach of the judge earlier and why the orders passed by the trial court were not challenged before.

The judge had also asked if the failure to challenge the orders of the trial court would amount to 'acquiescence".

In reply, Senior Advocate Sreekumar submitted that the victim was hoping for a "congenial atmosphere" during the trial and was hoping that wisdom will prevail with the judge.

"But now we have come to such a stage that fair adjudication is not possible. There is a tolerance level. When that was crossed the present petition has been filed", he added.

At every stage, there was harassment of the victim and the witnesses, he asserted.

The Prosecutor submitted that the Prosecution tried to "adjust to the maximum and to ensure to go along with the court" and that it was no longer possible.

Justice Arun further asked if the victim can seek transfer when the judge was specially assigned the case considering her request for a woman judge.

In reply, Sreekumar submitted that the requirement of woman judge was only necessary for the purpose of recording the statement of the victim and when that stage is over, the rest of the trial can be handed over to another court.

"I thought that a woman judge would be more comfortable for me. But now see the hardship I had to undergo? Can I aspire for a fair trial now when many allegations have been against the presiding judge?", he submitted.

Earlier, the prosecution had filed an application before the trial court seeking to stop the proceedings to move the High Court for transferring the case. This application was dismissed by the Court of Additional Sessions Judge (Special/CBI)-III, Ernakulam and the was trial directed to be resumed from November 3.

The trial was specially assigned to this court by the High Court at the request of the victim for a woman judge to try the case.

Dismissing the proseuction's application to stop the trial last month, Special Judge Honey M Varghese instructed the investigating officer to take steps to resume the trial from November 3 to complete the proceedings within the time frame set by the Supreme Court.