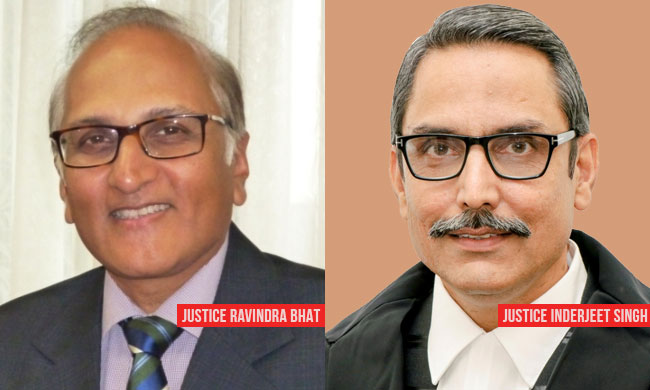 x
"Exclusion of married daughter from the purview of dependants is appropriate. She is not dependant on premarital family."
Your free access to Live Law has expired
To read the article, get a premium account.

The Rajasthan High Court rejected a challenge against exclusion of married daughters from availing the benefit of compassionate appointment under Rajasthan Compassionate Appointment of Dependents of Deceased Government Servant Rules,1996.

One Kshama Devi, had challenged the validity of Rule 2(c) contending that the same to the extent it excludes from its purview married daughters, is discriminatory and contrary to Article 15 of the Constitution of India.

Reliance was placed on a Madras High Court judgment in the Joint Registrar/Managing Director, Virudhunagar District Central Co-operative Bank Ltd vs. P.Asothai. In Asothai, one of the grounds for refusing to provide compassionate appointment to the petitioner was that she was a married daughter. While allowing the plea, the division bench had held that denying employment on the ground of marriage is in violation of 11 Articles 14, 15 and 16 of the Constitution.

Refusing to follow this view of the Madras HC, the bench comprising the Chief Justice S. Ravindra Bhat and Justice Inderjeet Singh said that it is bound and in agreement with the ruling in the case of Sumer Kanwar vs. State of Rajasthan which had upheld the validity of the Rule 2(c).

The bench further observed that the essential premise on which the Madras High Court proceeded is incorrect because compassionate appointment under the scheme cannot be equated with the right to receive family pension. While dismissing the writ petition, the bench quoted in approval the observations made in Sumer Kanwar (Supra):

"In our considered opinion, it is hot for the Courts to expand the definition of the dependant. It is matter of policy. The dependants are defined to be spouse, son, unmarried or widowed daughter, adopted son/adopted unmarried daughter, legally adopted by the deceased Government servant. Married daughter cannot be said to be dependent on the deceased employee. The definition of dependant is with a view to give appointment to spouse, son, unmarried or widowed daughter, widow, etc. who are real dependants of the deceased. Such matters are within the purview of the policy of the State Government. It is for the State Government to define such matters and it is not for the Court to widen the scope of the Rules as compassionate appointment cannot be claimed as a matter of right. The definition in Rule 2(c) cannot be said to be unconstitutional and arbitrary in any manner. Exclusion of married daughter from the purview of dependants is appropriate. She is not dependant on premarital family. It is trite law that Courts cannot enlarge scope of such policy/rules. It is not for the Court to rewrite the policy/rules. The provision of Rule 2(c) cannot be said to be illegal or arbitrary in any manner."