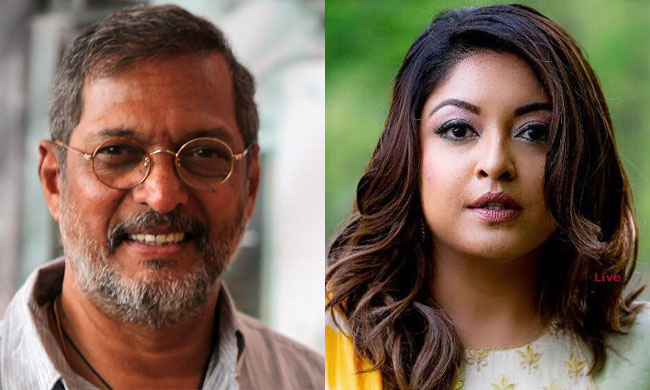 In a relief to veteran actor Nana Patekar, Mumbai Police informed a local court that it has no evidence to prosecute him in a molestation case lodged against him by actor Tanushree Dutta.

The suburban Oshiwara police on Wednesday filed a 'B Summary' report before a metropolitan magistrate in Andheri, Deputy Commissioner of Police Paramjit Singh Dahiya told PTI.

A 'B Summary' report is filed when police do not find any evidence against the accused person to file a charge sheet and seek trial.

"All allegations against my client Nana Patekar were false since the inception. Truth has the tendency to surface no matter how much one may want to suppress it. My client is innocent and justice will be served," Nikam told PTI.

Satpute, however, said neither he nor his client (Dutta) received any official information from police.

"The police report is not final. We can oppose it and after hearing us, the court, if satisfied, can direct the police to re-investigate or conduct further probe," he said.

He also alleged that the police acted "negligently" to protect Patekar.

"The police have not done proper investigation, so we are opposing the summary report and are also going to file a writ petition before the Bombay High Court," he said.

Dutta filed a complaint against Patekar in October 2018 in which she accused him of harassing and misbehaving with her while shooting a song on the sets of the film "Horn Ok Pleasss" in 2008.

She also alleged that during the shooting of the song sequence, Patekar inappropriately touched her even after she had clearly mentioned that she would not perform lewd, vulgar or uncomfortable steps.

Based on her complaint, a case was registered against Patekar and three others for allegedly molesting Dutta on the sets of the movie.

The 'B Summary' report will absolve them (Acharya, Siddiqui and Sarang) too from the case.

The accused were booked under Indian Penal Code sections 354 (assault or criminal force to woman with intent to outrage her modesty) and 509 (word, gesture or act intended to insult the modesty of a woman), the official said, adding that no arrest has been made so far.