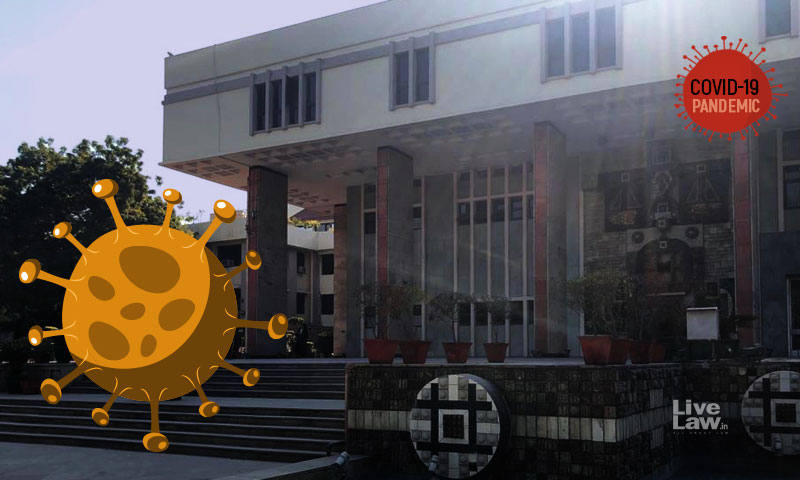 The Delhi High Court on Wednesday expressed concern over a sharp spike in Covid-19 cases in the capital city and remarked that the Delhi Government has remained "oblivious" to the ground reality and has thrown all caution to the winds.

A Bench of Justice Hima Kohli and Justice Subramonium Prasad rapped the Government for continuously relaxing norms for movement of people even when there has been an exponential rise in the positivity rate.

"A city State like Delhi has been reporting far more cases than States like Maharashtra and Kerala. No household has been left untouched. In such circumstances, we would have thought that emergent corrective steps would have been taken and a concerted strategy worked out by the Govt. of Delhi to contain the infection. However, it has been noticed that even in such a critical situation, the Delhi Government has continued to relax the norms relating to movement of the public," it said.

The Bench has therefore enlarged the scope of hearing in a petition filed by one Rakesh Malhotra, seeking ramping up testing facilities in Delhi.

The Bench has now directed the Delhi Government to file a Status Report setting out the steps taken by it in the past two weeks to control the COVID-19 infection and the manner in which it proposes to deal with the other issues flagged during the course of hearing.

The Court noted that despite worsening of the situation in Delhi, both due to Covid-19 and air pollution, the Government had proceeded to increase the number of guests permitted at marriage ceremonies from 100 to 200. Similarly, as against the permission granted earlier, to occupy alternate seats in public transport, the Delhi Government permitted seats in public transport to be fully occupied.

"It is one thing for the Delhi Government to state that till a vaccine is introduced to contain the infection, masks should be treated as a vaccine and another thing to demonstrate how it proposes to enforce such a statement. The situation has surpassed the stage of issuance of Advisories. Strict compliance and deterrent action is the need of the hour."

The Court also made remarks against testing through RAT and stressed that RT-PCR testing must be ensured.

"Taking a random example of the testing conducted by the Delhi Government during this period would show that figures of testing through RAT has always and invariably been double of the testing done through RTPCR and similar modes, which is not understood when the situation is as critical as it is now and several asymptomatic persons are turning out to be COVID positive.