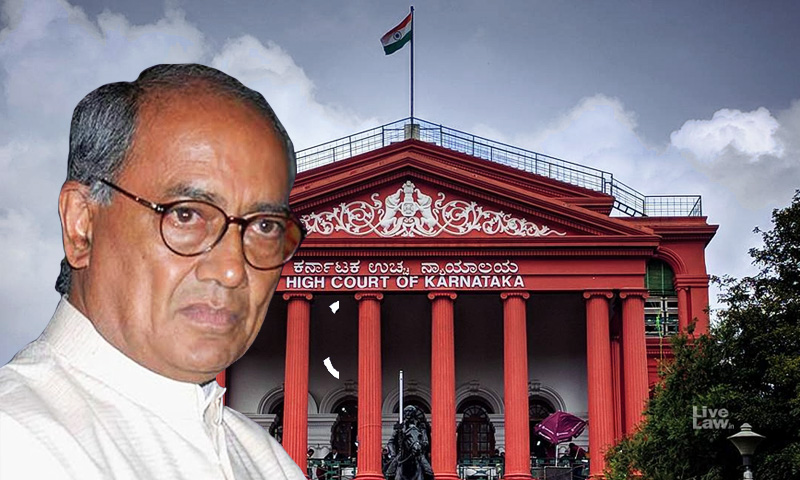 The Karnataka High Court on Wednesday refused interim relief to Member of Parliament (Rajya Sabha), Digvijay Singh, who wanted to meet the rebel Congress MLA from Madhya Pradesh who are housed inside a resort at Bengaluru.

In his writ petition filed in the High Court, Singh sought directions to the State Government, Director General of Police, Commissioner of Police, and others to not restrain his movement at the Ramada Resort and allow him to meet his voters, (MLAs of Madhya Pradesh).

Justice R Devdas, who considered the matter for admission,  refused to grant any interim relief to Singh and posted the matter for further hearing on March 26 - the same day to which the MP Assembly session stands adjourned for floor test.

The plea stated that the MLAs are forcibly held captive in resort by BJP as a part of their plan to topple the elected government of MP led by Kamal Nath. Singh stated that though he attempted to meet them, the police prevented him.

The petition stated that prima facie the police action is "high-handed, unconstitutional and illegal".

Hearing is progressing in the Supreme Court on the plea filed by BJP leaders for immediate floor test in Madhya Pradesh assembly.

The petition in SC was filed by former CM Shivraj Singh Chouhan and other BJP leaders stating that Kamal Nath government lost majority in the 228 member assembly following the resignation of 22 Congress MLAs.