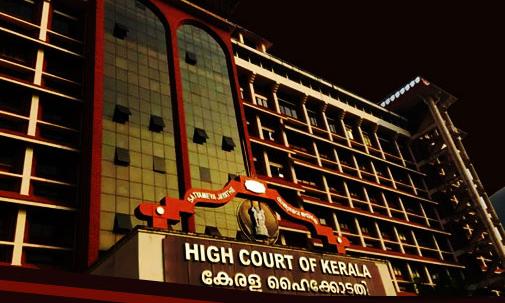 The Kerala High Court on Thursday ruled that Directors of a company cannot be implicated without specific averments indicating their role in the offence, particular because no provision in the Indian Penal Code provides for vicarious liability upon them.While adjudicating upon a batch of applications filed by Directors of the India Today TV news channel, Justice Ziyad Rahman A. A...

The Kerala High Court on Thursday ruled that Directors of a company cannot be implicated without specific averments indicating their role in the offence, particular because no provision in the Indian Penal Code provides for vicarious liability upon them.

While adjudicating upon a batch of applications filed by Directors of the India Today TV news channel, Justice Ziyad Rahman A. A held that it is not possible to implicate the Directors, in the absence of specific averments indicating their role in the commission of the offence.

On August 3, 2017, India Today TV, a news channel, telecasted a news item showing one Manikkuttan as the main accused in the murder of one Rajesh.

However, while telecasting the aforesaid news item, the photo shown in the channel was that of the 2nd respondent Anil Kumar instead of Manikkuttan.

After the said news item was telecasted with the same photograph for about three days, a legal notice was issued to the petitioners in this regard.

Thereafter, a complaint was submitted by Anil Kumar before the Magistrate and cognizance were taken thereof.

Senior Advocate Hrishikesh Baruah assisted by Advocates John Varghese and P.M. Joseph appearing for the petitioners argued that the complaint did not disclose the role of the petitioners in preparing, editing or telecasting the news item, which is the subject matter of the complaint.

According to them, even without any specific allegation, the Chairman and Managing Director of the company which runs the TV channel were arraigned as accused. It was also contended that in criminal law the concept of vicarious liability is not applicable unless the same is specifically mentioned in the statute itself.

These contentions were supported by Senior Advocate S.Sreekumar assisted by Advocate A.Kumar.

However, Advocates R. Sunil Kumar and A. Salani Lal appearing for Anil Kumar submitted that there were sufficient allegations in the complaint to attract the offence against the petitioners herein.

They also placed reliance on the decision in Mammootti v. Rajaji Mathew Thomas [2006(3) KLT 335] where it was held that specific averment in the complaint was not necessary for constituting the offence under Section 499 IPC (defamation).

The primary question before the Court was whether a case was made out for attracting the offences punishable under Sections 499 and 500 IPC from the averments contained in the complaint.

It was noticed that apart from the averment that the accused were Chairman and Managing Director, Chief Executive Officer, and the owner of India Today Ltd., the specific role played by the aforesaid accused persons in selecting, editing and telecasting the said news item was not mentioned.

All the allegations contained in the complaint were general in nature.

Reliance was placed on the Supreme Court decision in K.M.Mathew v. State of Kerala & Anr. [AIR 1992 SC 2206] where it was held that for a Magistrate to take cognizance of the offence as against the Chief Editor, there must be positive averments in the complaint of knowledge of the objectionable character of the matter.

This decision reiterated the necessity to have specific averments in the complaint as to the role of the accused in the commission of the offence, except for the persons coming within the ambit of section 7 of the Press and Registration of Books Act.

The Court also noted that the decision rendered in the Mammotti case (supra) was not in time with principles laid down by the Supreme Court in its various decisions.

Moreover, it was observed by the Judge that the second explanation to section 499, only provides that, an imputation against the said company or an association or collection of persons, may amount to defamation.

The Single Bench stated that the said provision does not provide for making out a case of defamation if imputation is made by a company or an association or collection of persons.

"Normally, in order to attribute criminal liability upon a person, it must be shown that such person had played some role in the commission of the said offence with mens rea. The only exception to the said principle is vicarious liability. It is well settled position of law that, criminal liability cannot be fastened upon a person, on the basis of vicarious liability unless the statute specifically provides for the same. However, this aspect is not seen taken into consideration in Mammooti's case."

Therefore, this question was answered in the affirmative.

Conspicuously, the persons who were directly responsible for airing the programme and have presented the news item were not made as accused persons.

Therefore, the next question that emerged was whether merely because the accused persons were holding high positions in the company, which is running the news channel, they can be implicated for the offence alleged.

The Court took the view that the complaint did not disclose the offences punishable under Sections 499 and 500 IPC against any of the petitioners herein.

Therefore, the applications were allowed and the proceedings initiated before the Judicial Magistrate were quashed.