No Proposal To Link Social Media With Aadhaar, Says IT Ministry In Lok Sabha 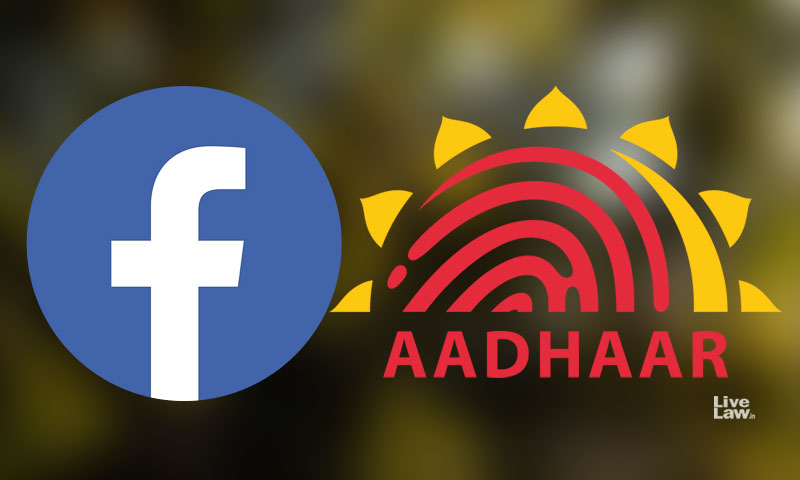 The Ministry of Electronics and Information Technology (MeitY) on Wednesday has stated that the Government has neither formulated nor proposed any policy to link social media profiles of the users with their Aadhaar number.

This was said by Union Minister Ravi Shankar Prasad in response to a starred question raised by Lok Sabha MP Sunil Baburao Mendhe.

"There is no proposal with Ministry of Electronics and Information Technology (MeitY) to link social media profiles of users with their Aadhaar number.", said the statement of MeitY tabled in Lok Sabha on Wednesday

The Ministry also pointed out certain steps taken by the Government to keep a check on the spread of fake news, pornographic and anti-national content via social media platforms. The following steps were stated to have been taken in that regard :

(iii) Ministry of Home Affairs (MHA) has issued a number of advisories which includes advisory on cyber-crime prevention and control dated 13.01.2018 and also an advisory on incidents of lynching by mobs in some States fueled by rumors of lifting/kidnapping of children dated 04.07.2018.

(iv) Ministry of Electronics & Information Technology (MeitY) and Ministry of Home Affairs (MHA), as well as Police, are in regular touch with various social media platforms to address the issues of removal of unlawful content as well as the spread of fake news, misinformation/disinformation on the Internet.

(v) MeitY through a programme, namely, Information Security Education & Awareness (ISEA), has been highlighting the importance of following the ethics while using the Internet and advice not to share rumors/fake news. A dedicated website for information security awareness (https://www.infosecawareness.in) provides relevant awareness material.

The Supreme Court had earlier transferred all the petitions related to the linking of Aadhaar to social media profiles which were pending in various high courts to itself. These petitions are now pending before the Supreme Court.

During the hearing, a bench comprising Justices Deepak Gupta and Aniruddha Bose discussed the issue of traceability of cyber criminals and originators of fake news and asked response of Central Government on framing guidelines in that regard.