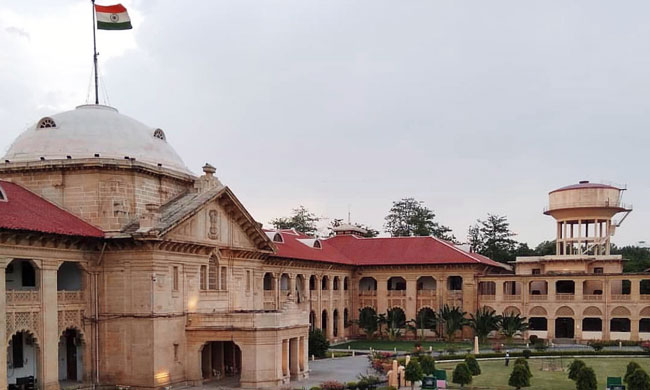 The Allahabad High Court on Tuesday held that where a man and a woman, during the subsistence of their marriages to other persons, reside as a live in couple, they will not be entitled to any protection under the law.

While dismissing the writ petition moved by a live in couple, who "candidly" stated that they had married to other persons but they now lived with each other, the division bench comprising Justice Bharati Sapru and Justice Piyush Agrawal said,

"The marriages of both the petitioners have not been terminated in accordance with law. During the subsistence of their marriages with other partners, it is not possible for the Court to provide security to such a couple who are, virtually, flouting the law of the land."

The court observed that the sanctity of a marriage has to be preserved. If a party wants to opt out, it can always seek dissolution of the marriage in a valid manner. However, the Courts cannot lend aid to the people who choose to not abide by the law.

A similar observation was made by a single-Judge bench of the high court in 2016 in Kusum & Anr. v. State of UP & Ors., Writ C No. 53503/2016. While dismissing a petition seeking protection moved by a married woman and her live-in partner, Justice Suneet Kumar had observed,

"it is admitted and pleaded in the writ petition that the second petitioner entered into a relationship with the first petitioner who is married and her marriage has not been dissolved by any competent court as on date, therefore, such a relationship cannot be granted any protection."

He had held that the law grants recognition to a relationship 'in the nature of marriage' and not a simplicitor live-in relationship.