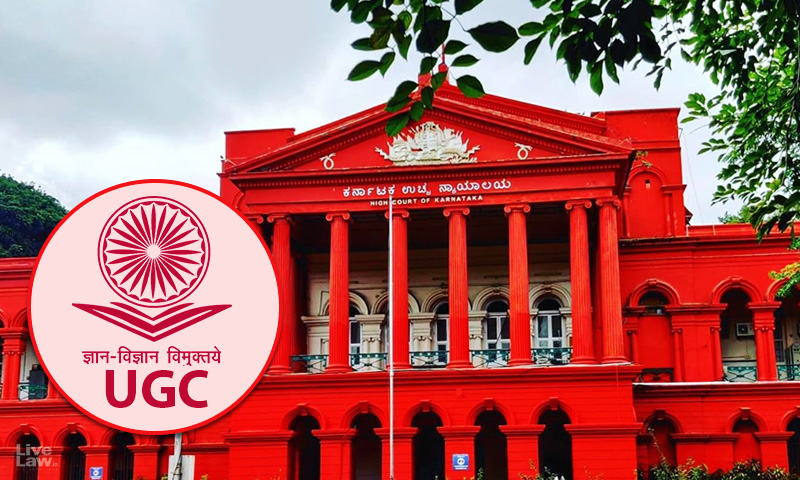 Students of the Bangalore Institute of Technology have moved the Karnataka High Court challenging the UGC Guidelines which made it mandatory for universities to conduct their final year exams by September 30. The students seek cancellation of final year exams and plead to be promoted in accordance with the alternate evaluation scheme offered to the intermediate semester...

Students of the Bangalore Institute of Technology have moved the Karnataka High Court challenging the UGC Guidelines which made it mandatory for universities to conduct their final year exams by September 30.

The students seek cancellation of final year exams and plead to be promoted in accordance with the alternate evaluation scheme offered to the intermediate semester students.

The same has been challenged by the students on the following grounds:

1) Petitioners' access to education was adversely impacted due to lockdown

They have submitted that a substantial portion of their syllabus, nearly 70% has remained incomplete as their University "barely held" any classes in the online mode and for a few subjects no online classes had been held at all.

"It is evident that the prescribed syllabus in respect of the final semester has not been taught to the Petitioners in a satisfactory manner and in any case not in a manner that would equip them to face an examination on the basis of the same," they submitted.

It is further contended that even those classes that were conducted online, were contingent upon (i) students' access to internet and technological infrastructure and (ii) the teacher's comfort with the technological equipment.

"Even assuming that the individual teachers are all comfortable and well versed with these developments, the access to these classes would still be contingent on the access to internet which is not within the wherewithal of every student. The Petitioners themselves have faced difficulty in accessing the internet from their respective homes," the plea states.

It is contended that the stipulation made by the UGC for mandatorily conducting examinations for terminal semester students while exempting the students who are in intermediate semester and allowing a different scheme of evaluation them, is antithetical to the principle of equality guaranteed under Article 14 of the Constitution.

It is submitted that the Commission has proceeded on a "false notion" that conducting examination only for final year students is necessary for "reflection of competence, performance & credibility which is necessary for global acceptance."

The Petitioners have argued that Final Semester Exams alone do not determine the value and integrity of the degree. Rather, it is a combined effort & performance of a student over the past semesters.

"There is no rational nexus basis for the said classification and the object that sought to be achieved by imposing such varying methods of grading the students in the intermediate semester and the final semester," the plea states.

3) Threat of exposure to Covid infection

The students have pointed out that to appear for the final semester examinations, students will be forced to move of their houses, in some cases even travel across cities and rent accommodations.

This, the Petitioners fear, will pose a huge risk to the students as well as other stakeholders such as invigilators, examiners, etc.

"A majority of the universities/Institutions are situated in metropolitan cities which are presently witnessing high incidence of COVID-19 positive cases and the rising trends suggest a further escalation. The travel of students into these areas further expose them to significantly high risk of contracting and spreading the virus," the plea states.

"The mandate to complete the Final Semester examination by end of September 2020 would indisputably expose the students, staff and other stakeholders to a severe health risk and without due regard to requirement of travel, accommodation and safety of such students is in violation of their rights guaranteed under Article 21 of the Constitution. Furthermore, if such Final Semester examination are postponed/extended on account of lockdown or the impeding spread of the Virus, the students would be in a limbo which would completely hamper their employment and academic prospects."

Therefore they have urged that the final year students be evaluated as per past performance and be promoted in terms of the alternate evaluation scheme at par with the intermediate semester students.

Significantly, the matter is already under consideration before the Supreme Court.

Four petitions were listed before the Top Court on Monday, seeking quashing of the notification dated July 6 by Ministry of Human Resources Development and the subsequent UGC Guidelines mandating conduct of examinations for final year students by September 30.

An intervention application has also been filed in the matter by a Pune-based professor who has argued that the impugned UGC guidelines do not violate the fundamental rights of the students and there is no risk to the life of the students, staff and other members of the society as the Commission has permitted conducting of online exams also.