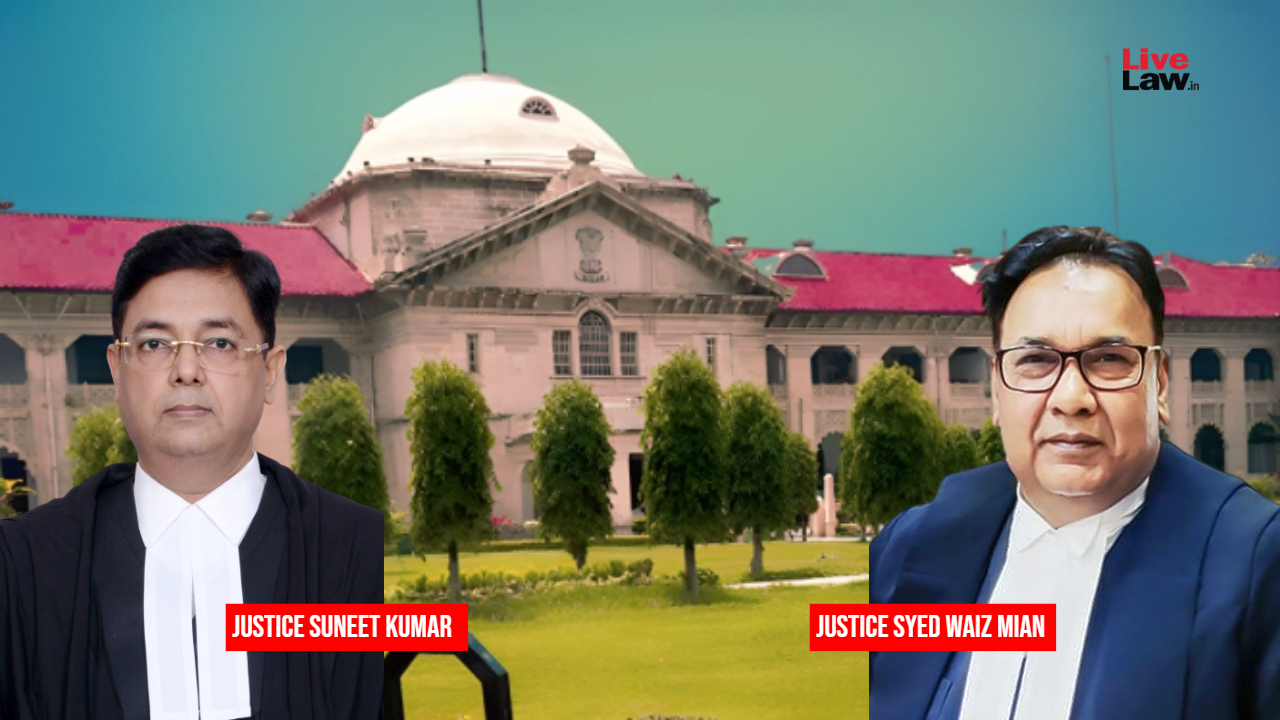 The Allahabad High Court on Monday imposed a ₹5 lakh cost on the office of the District Magistrate, Gorakhpur for initiating 'malicious' proceedings under the UP Goondas Act against a man in an attempt to coerce him to vacate the property, admittedly owned by him, and release the same in favour of the district administration.

The bench of Justice Suneet Kumar and Justice Syed Waiz Mian also directed the State Government to get the matter inquired into and initiate a disciplinary inquiry against the then-delinquent District Magistrate, Gorakhpur, K. Vijayendra Pandian.

The case revolves around a 30,000 sq. ft. bungalow situated on 5 Park Road in Gorakhpur, which is owned by the petitioner before the Court Kailash Jaiswal. In the year 1999, the then-DM transferred the property in question to the petitioner vide a freehold deed.

At the time of execution of the freehold deed, the Trade Tax Department was occupying the premises on rent and when it defaulted in payment of rent, the petitioner instituted a civil suit seeking ejectment, as well as, recovery of arrears of rent.

During the pendency of the suit, an FIR was also lodged against the Petitioner under sections 189, 332, 504, 506 I.P.C.by Deputy Commissioner (Administration) Trade Tax Department Gorakhpur alleging that he had threatened the DC, however, in this FIR, the petitioner obtained a 'no coercive action' order from the HC.

Further, on April 10, 2019, at about 10.00 night, 10-12 police officials in uniform, along with 6-7 officers in plain dress allegedly visited the house of the petitioner and threatened to kill him in a fake encounter, the entire episode got recorded in the CCTV.

The very next morning, a notice was issued by the District Magistrate, Gorakhpur against the petitioner under section 3/4 of the U.P. Goonda Act. Challenging the same, he moved to the HC with the instant writ plea.

At the outset, the Court noted that the district administration had been dissatisfied (since the beginning) with the fact that the petitioner had obtained/purchased the property in dispute which is in a prime location, and thus, the District Administration had even instituted a suit to cancel the freehold deed (in favor of the petitioner) of 1999 in the year 2002.

Against this backdrop, the Court observed that the facts of the case reflected high-handedness and gross misuse of the power by the District Magistrate as he refused to comply with the repeated orders of the State Government to withdraw the suit against the petitioner.

In these circumstances, the Court quashed the Goonda Act notice issued by the District Magistrate, Gorakhpur and imposed a 5 lacs cost on the office of DM Gorakhpur to be deposited with the High Court Legal Services Committee within 10 weeks from the date. The Court has also ordered to initiate inquiry against the then DM of Gorakhpur Vijyendra Pandiyan.