'Nobody Can Directly Or Indirectly Approach The Court Or Influence It': Gujarat HC Orders Probe Into Anonymous Calls Received By HC Judge [Read Order] 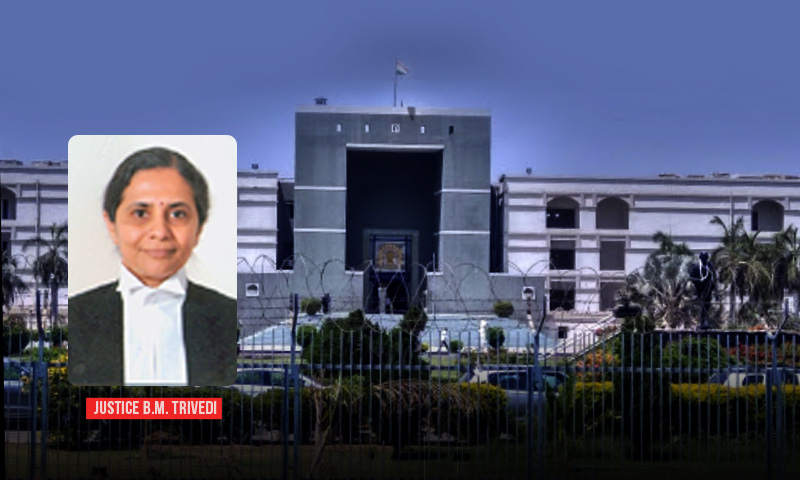 The Gujarat High Court has ordered police inquiry into an unprecedented incident whereby a High Court Judge received certain phone calls and SMS from an unknown number, in connection to an anticipatory bail application listed before her. Justice Bela M Trivedi has ordered the Superintendent of Police to get the statements of two individuals who were identified in connection to the...

The Gujarat High Court has ordered police inquiry into an unprecedented incident whereby a High Court Judge received certain phone calls and SMS from an unknown number, in connection to an anticipatory bail application listed before her.

Justice Bela M Trivedi has ordered the Superintendent of Police to get the statements of two individuals who were identified in connection to the phone call, during a preliminary inquiry held by the Registrar (IT).

The incident occurred on June 22, on the date of listing of the anticipatory bail application in question.

As per the details recorded by the Judge in her order, at about 8.55 am on the said day, she received a call from an unknown number and the person calling identified himself as Niranjan Patel, MLA, Petlad. On being inquired as to why he had made the call, he said that there was one Criminal case listed today.

Justice Trivedi states that at this point she immediately stopped the caller and told him that he could not have called a Judge like this, and disconnected the phone. Thereafter, the said person made three calls one after the other, which she chose not to answer.

This however prompted the caller to send a message at about 9 am, stating that the Criminal Case No.8266 of 2020 Vijaybhai Arvindbhai is fixed that day.

'Disturbed and furious' from the incident, the Judge requested the Registrar (IT) of High Court to make an inquiry via-a-vis the owner of the said mobile number, who informed her that on Truecaller, it appears that the number belongs to one "Tosif Faiz Xerox".

Noting that "nobody can directly or indirectly try to approach the Court or to influence the Court, in a way try to pollute the stream of justice," the court ordered further inquiry into the matter.

During the course of hearing today it was informed that as per the CDR, the number is registered in the name of Tofikbhai Vhora, son of Salimbhai Vhora.

The court has expressed its inclination to initiate contempt proceedings against the said caller.

However, before forming any prima facie opinion in that regard, the Court has observed that "it would be necessary to ascertain as to who in fact was in custody of the mobile number during the said hours and as to who in fact had made the call and sent the messages in question."

Hence, a probe has been ordered.

"The Superintendent of Police, District Anand is directed to get the statements of Mr. Niranjan Patel, M.L.A., Petlad and of Mr. Tofikbhai Vhora, whose address is mentioned hereinabove, recorded through the concerned Dy.S.P. and submit the same to the Court by tomorrow," the order states.

It is worthwhile to note that the Court had inquired from the pre-arrest bail applicant regarding the identity of both MLA Niranjan Patel and Tofikbhai Vhora.

While the Petitioner claimed that he did not know any Tofikbhai Vhora, he also claimed that Niranjan Patel was "very much interested" to see that the Petitioner is arrested, and he had also approached the Deputy Superintendent of Police for the same.

Though the court has accepted these submissions as of now and has ordered a probe, it also cautioned that "the matter shall be viewed very seriously if the concerned persons do not state the correct facts in their respective statements."

The matter will now be taken up for hearing tomorrow.