Non Issuance Of Duplicate Share Certificates Does Not Indicate Malice Of Company At The Inception Of Transaction: Calcutta High Court Quashes Cheating Case 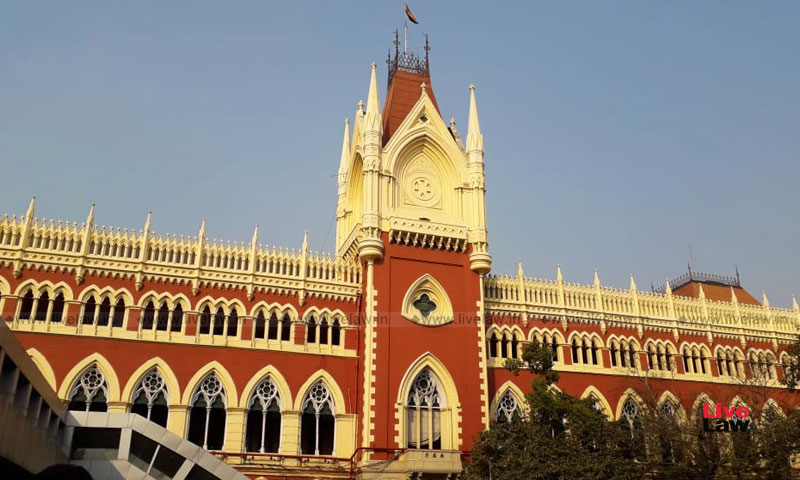 The Calcutta High Court has quashed a criminal case of Cheating instituted against a company and its Directors over non-issuance of duplicate share certificates to the complainant, claiming to be a shareholder in the company. A Single Bench of Justice Suvra Ghosh held that mere non-issuance of duplicate share certificates on misplacement by an alleged shareholder does not indicate...

The Calcutta High Court has quashed a criminal case of Cheating instituted against a company and its Directors over non-issuance of duplicate share certificates to the complainant, claiming to be a shareholder in the company.

A Single Bench of Justice Suvra Ghosh held that mere non-issuance of duplicate share certificates on misplacement by an alleged shareholder does not indicate malice on part of the company from the inception of the transaction.

It observed that the when the shares were issued against a consideration, loss or misplacement of such shares by the Opposite Party is a "subsequent event" which could not have been contemplated by the company at the time of issuance of the shares.

"No prima facie case of initial deception has been made out and under no stretch of imagination can it be held that the petitioners acted with criminal intent at the inception on an anticipation that the shares would be misplaced at a subsequent stage."

The Bench was hearing a petition for quashing of proceedings of a complaint registered against the Petitioner-company and its Directors under Sections 406 (criminal breach of trust), 420 (cheating) and 120B (criminal conspiracy) of IPC, pending before a Metropolitan Magistrate Court in Calcutta.

The grievance of the Opposite party was that though it held 27,000 equity shares of the Petitioner-company, the latter refused to issue duplicate share certificates despite intimation that the original share certificates were misplaced.

As per the facts recorded in the order, the Opposite party purchased 27,000 equity shares from the Petitioner-company and in lieu thereof was issued share certificates.

The Petitioner-company sought quashing of FIR primarily on the ground that dispute, if any, is squarely governed by the Companies Act, 2013. It referred to Section 46 (Certificate of shares) of the Act dealing with issuance of duplicate certificate of shares.

It was submitted that the dispute pertains to non-issuance of duplicate share certificates which cannot be termed as an offence under Sections 420 or 406 of the Penal Code.

The Petitioners further argued that in June 2016, the shares were transferred by the Opposite party in their favour, following negotiations between the parties which is depicted in the annual returns for the period 2016-2017 and 2017-2018 obtained from the Ministry of Corporate Affairs.

It was submitted that the opposite party was already in receipt of a sum of Rs. 2, 70,000/- towards such transfer. Thus, the Opposite party enjoyed no shareholding in the Petitioner-company.

The Opposite party on the other hand submitted that it shall appear from the financial statement of the Petitioner-company for the year ended 31st March, 2015 that the equity shares in question stood in the name of the opposite party.

"It is strange that such shares of the opposite party were suddenly missing from the record of the petitioner company subsequently," counsel appearing for the OP submitted.

As to the Petitioner's contention of transfer of shares, the OP referred to Section 56(1) of the Companies Act to argue that the Petitioner-company could not have registered transfer of securities of the company unless a proper instrument of transfer bearing the names of both the parties to the transfer was executed.

At the outset, the Bench noted that the annual return of the Petitioner-company for financial year 2016-2017 indicates that 27,000 shares were transferred by the OP in favour of the Petitioner.

"The said document further reveals that petitioners no. 2, 3 and 4 were 8 appointed as directors of the company in 2016 whereas the share certificates in question were admittedly issued sometime prior to 2015. The petitioners, therefore, cannot be held responsible for any act by or on behalf of the company prior to their appointment as directors thereof," the Bench observed in the facts of the case.

The Bench further observed that the contemporaneous entry to the tune of Rs.2,70,000/- in the bank account of the OP prima facie suggests that the amount was in lieu of transfer of the equity shares in question, 27,000 in number, valued at Rs. 10/- per share.

So far as allegations of misappropriation of the amount of share certificates is concerned, the Bench held,

"In the case in hand, the allegations made against the accused-petitioners are bereft of any intention of cheating or misappropriation at the inception of the transaction.

No prima facie case of entrustment with or dominion over property or dishonest misappropriation of property or even ingredient of cheating has found place within the four corners of the complaint.

Before parting, the bench cautioned the Chief Metropolitan Magistrate, Calcutta to be more careful while passing cognizance order.

It observed so as it noted that the CMM had taken cognizance for commission of offences under section 138/141 of the Negotiable Instruments Act which has no bearing with the complaint registered under Section 420, 406 and 120B of IPC.

"Learned Chief Metropolitan Magistrate, Calcutta, should be more careful henceforth so as to avoid such error," the bench cautioned.