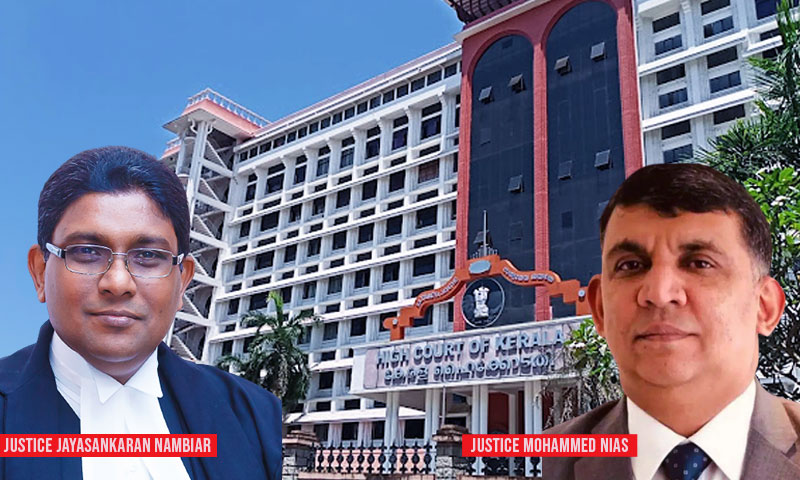 The Kerala High Court on Tuesday held that the Non Joining Duty (NJD) vacancies that arose in the post of Preventive Officer at the Public Service Commission (PSC) after the amendment of Part III of Kerala State & Subordinate Service Rules (Special Rules) will have to be filled as per the amended Rules and not the erstwhile Rules.

A Division Bench of Justice A.K. Jayasankaran Nambiar and Justice Mohammed Nias C.P also reiterated that a vacancy that arises due to an advised candidate not reporting for duty pursuant to the advice has to be treated as a fresh vacancy.

"We are of the view that once the PSC advises a candidate to a vacancy, the said candidate acquires a right to that vacancy to the exclusion of all others. If the candidate then chooses not to join the post in question, then the resultant vacancy has necessarily to be seen as a fresh one to be filled in accordance with the Rules in vogue."

However, despite the amendment, PSC proceeded with the selection process already initiated and issued an advice memo and appointment orders to 158 candidates from the rank list. Since only 116 candidates joined service, another 42 NJD vacancies were reported in 2011.

However, only four vacancies were filled from the existing rank list since the list expired on 11.5.2011. Consequently, a fresh notification was issued by the PSC followed by a rank list.

The fresh notification and the consequent selection process were challenged before the Kerala Administrative Tribunal by in-service candidates contending that the NJD vacancies had to be filled in terms of the amended Special Rules which had taken away the source of direct recruitment as a method of filling up the vacancies in the post of Preventive Officer.

The Tribunal found that the vacancies initially notified could be seen as extinguished only on a person being advised against the same, joined duty and discharged the duties attached to the post. Therefore, it was held that the substantial vacancy, which was relatable to a period prior to the introduction of the Special Rules, was not extinguished and continued to remain in existence till a candidate was appointed to the vacancy and commenced service.

Since the NJD vacancies were traceable to a period prior to the amendment of the Special Rules, there was no illegality in the PSC issuing the fresh notification and continuing with the selection process.

Aggrieved by this decision, the petitioner approached the High Court.

The Court noted that it was settled that a vacancy that arises consequent to an advised candidate not reporting for duty pursuant to the advice, has to be treated as a fresh vacancy.

On the facts of the case, it was found that the NJD vacancies had to be seen as fresh vacancies arising on the date on which they were notified, and in that event, it was the amended Special Rules that had to govern the filing up of the said vacancies.

In fact, the Division Bench concluded that there was no justification whatsoever for the employer to have reported the NJD vacancies to the PSC at all, since the amended Special Rules had taken away the source of direct recruitment as a method of recruitment to the post in question.

"We therefore cannot accept the finding of the Tribunal in the impugned order that notwithstanding the non-joining of the advised candidates, the vacancies subsisted as those that had arisen on a date prior to the amendment of the Special Rules."

The Court also held reiterated that the law that vacancies should be filled in accordance with the Rules existing at the time of arising of the vacancy is not one of universal application and would depend on the facts and circumstances of each case and the decision taken by the employer in such cases.

As such, the impugned order of the Tribunal was set aside.