A Non- Lawyer Can Make Submissions In The Court With Permission: Madars HC 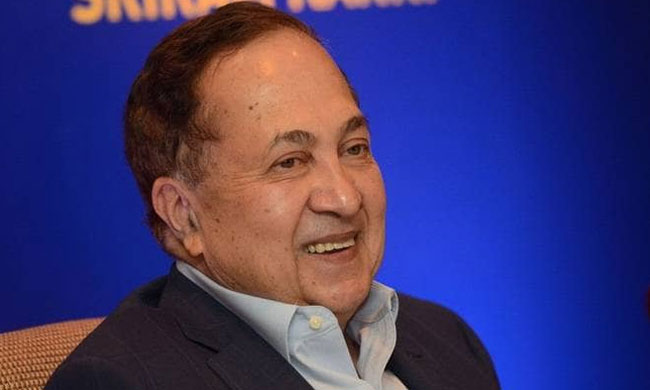 x
“The Court has the power to permit any person not enrolled as an advocate to put forth his submissions before a Court whenever called for by the Court.”
Your free access to Live Law has expired
To read the article, get a premium account.

The Madras High Court has observed that a court has the power to permit any person not enrolled as an advocate to put forth his submissions before a court whenever called for by the court.

Justice N Anand Venkatesh, while upholding Magistrate's order rejecting remand of Nakkeeran Gopal, observed that there was nothing wrong in calling upon senior journalist N Ram to get his opinion.

During the hearing of remand application in Nakeeran case, the Magistrate had called upon senior journalist N Ram, who was standing in the midst of advocates and others in the court, to give his opinion as to whether the provision under Section 124 of IPC was applied against any publication in the past. His submissions were recorded by the Magistrate in the order.

Taking exception to this procedure adopted by the Magistrate, A Ramesh, Special Public Prosecutor, submitted before the high court that Magistrate was swayed by extraneous considerations while considering the remand of the accused. He contended that N Ram did not have the locus standi to make his submissions before the court and he was a rank outsider insofar as the present proceedings are concerned.

Addressing these contentions, Justice Anand Venkatesh considered the issue whether a third party is entitled to make his submissions before a court of law and how far the court can entertain a third party to participate in judicial proceedings. Another issue considered by the court was whether considering the submissions made by the third party will amount to extraneous consideration while deciding the remand of the respondent.

In his report to the high court, the Magistrate stated that he was under the bonafide impression that he is entitled to call for such opinion in view of provisions available under Section 32 of the Advocates Act, 1961 and Rule 69 of the Criminal Rules of practice.

Taking into consideration the report, and also referring to Section 32 of the Advocates Act, the court observed that the court has the power to permit any person not enrolled as an advocate to put forth his submissions before a court whenever called for by the court.

Justice Anand Venkatesh also referred to the apex court judgment in Harishankar Rastogi vs Girdhari Sharma, and observed: "It is clear from the above judgment that with the prior permission of the Court, the Court can permit any person to speak in the Court. In this case, the Court was dealing with a very peculiar case where a publication has been made a subject matter of an offence under Section 124 of IPC, which is unprecedented and which has come up for the first time before a Court. Therefore, the learned Magistrate wanted to get the views of a reputed and senior journalist as to whether there are any such instances in the past. This query was answered by Mr.N.Ram by touching upon the Freedom of press."

The court also said that it does not find anything wrong with the procedure adopted by the Magistrate and the submissions made by N Ram in this case, has not in any way affected the decision taken by the magistrate as there were no submissions made on the merits of the case. The court also noted that the accused was effectively represented before the Magistrate by his counsel PT Perumal.