Not 'Statutory Rights Of Parents', But Welfare Of The Minor Paramount Consideration In Custody Battles: Karnataka [Read Order] 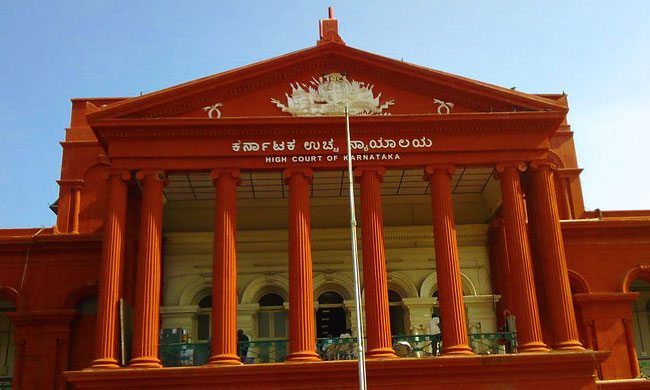 While granting interim custody of a ten-year-old girl child to her father, the Karnataka High Court recently observed that it is not the "statutory rights of the parents" but the welfare of the child that needs to be given paramount consideration by courts while considering grant of custody.

Justice B. Veerappa observed, "The provisions of Sections 7,9,12, 13, 17 and 25 of the G & W Act and Section 6 of the Hindu Minority and Guardianship Act, 1956, makes it manifestly clear that the paramount consideration is the welfare of the minor child and not statutory rights of the parents. The problem has to be solved rather with a human touch. In selecting a guardian, the Court exercises parens patriae jurisdiction.

"It must give due weightage to child's ordinary comfort, contentment, health, education, intellectual development and favourable surroundings, as well as physical comfort and moral values. Court must ascertain child's wishes and a child is not a property or commodity. Such issues should be handled with love, affection, sentiments and applying human touch to the problem."

The petitioner-husband had challenged an order passed by the family judge in October last year, dismissing the husband's interim application for custody of their minor child and directing him to hand over the custody of the child to the mother.

The litigating duo had tied the knot in April, 2006, after which the woman gave birth to a girl child in October 2008 in Canada. Since the girl was born in Canada, she is a Canadian citizen and holds a Person of Indian Origin (PIO) card. The family was settled in Vancouver, Canada, with the husband having taken up a project there from his employer company in Bengaluru.

Things, however, turned sour, with the wife initiating divorce proceedings against him. The Canadian court had then granted interim custody of the child to the wife. While the husband had been granted a decree of restitution of conjugal rights, the wife did not comply with the same. A petition for divorce was thereafter granted ex-parte. The husband had then filed an application under Section 7 of the Family Courts Act read with Section 17(1) of the Guardians and Wards Act, 1890 for the grant of custody of the child.

It then noted that the Family Court had recorded the fact that the child had expressed her wish to stay with her father in India. The court had however proceeded to grant custody to the wife, opining that "much importance need not be given to the wishes of the minor child at this stage" as the child was innocent and immature.

The high court, however, called this approach erroneous and recorded the conversation that it had had with the girl, who had again expressed her wish to stay with her father in India. It further noted that while there are other considerations based on the allegations levelled by both the parties, these were to be adjudicated only after a full fledged trial.

"Though the learned senior counsel appearing for the parties argued with vehemence on three hearing dates and produced various documents with regard to parental alienation syndrome and the articles with regard to child's mind and opinions of the doctor, they are all the matters to be adjudicated after a full fledged trial between the parties and cannot be considered at this stage," it observed.

The court further noted that as per Section 6(a) of the Hindu Minority and Guardianship Act, 1956, the natural guardian of a Hindu minor, in the case of a boy or an unmarried girl is the father, and after him, the mother.

Therefore, keeping in mind the wishes of the child, her interim custody was granted to the father, with the court issuing a direction of cooperation and amicable relationship to the parents: "This Court hopes and trusts that both the petitioner – father and respondent – mother being highly educated, cultured with all modern outlook and well off, would maintain cordial relations and conduct themselves decently, courteously and extend full cooperation for the well being of minor female child – Prisha, which is the object of the provisions of the Guardians and Wards Act, 1890 and the dictums of the Hon'ble Supreme Court and this Court, stated supra."

The Family Court was also ordered to dispose of the main matter within a period of four months.