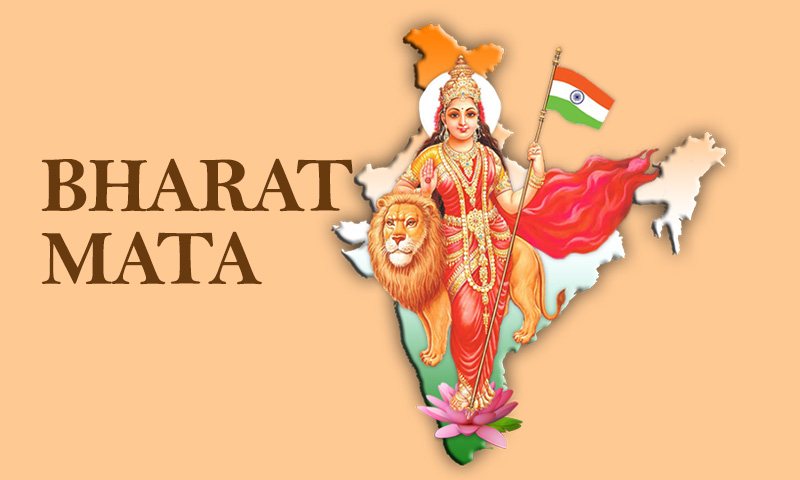 Offensive words used against "Bharat Mata" and "Bhuma Devi" attract the offence of hurting religious sentiments under Section 295A of the Indian Penal Code, held the Madras High Court while refusing to quash the FIR registered against Catholic Priest George Ponniah.The priest was booked for a derogatory and provocative speech made on July 18 last year during a meeting convened to pay homage...

Offensive words used against "Bharat Mata" and "Bhuma Devi" attract the offence of hurting religious sentiments under Section 295A of the Indian Penal Code, held the Madras High Court while refusing to quash the FIR registered against Catholic Priest George Ponniah.

The priest was booked for a derogatory and provocative speech made on July 18 last year during a meeting convened to pay homage to late activist Fr Stan Swamy in Arumanai town in Kanyakumari district. The speech became viral in social media which ultimately led to the registration of FIR. He later approached the Madras High Court under Section 482 of the Code of Criminal Procedure seeking to quash the FIR.

Considering the plea, Justice GR Swaminathan noted "The petitioner poked fun at those who walk barefoot out of reverence for Mother Earth. He stated that Christians wear shoes so that they won't catch scabies. He painted Bhuma Devi and Bharat Mata as sources of infection and filth. Nothing can be more outrageous to the feelings of the believing Hindus".

The judge observed that Bhuma Devi is considered a Goddess by all believing Hindus.

"Bharat Mata evokes a deeply emotional veneration in a very large number of Hindus. She is often portrayed carrying the national flag and riding a lion. She is to many Hindus a Goddess in her own right. By referring to Bharat Mata and Bhuma Devi in the most offensive terms, the petitioner has prima facie committed the offence under Section 295A of IPC", the judgment stated.

The judgment started by quoting the poem "Bande Mataram" from Bankim Chandra Chattopadhyay's novel "Ananda Math" where the nation was equated with Mother Goddess.

The Court rejected the petitioner's argument that he was making religious criticism. The petitioner had referred to the writings of Dr.Ambedkar criticizing Hindu religion.

"It is too much for the petitioner to be compared with revered leaders like Dr.Ambedkar", the Court observed in this regard.

The Court said that a harsh statement against religion coming from a rationalist, academic or artist stands on a different footing from statements made by a person preaching another religion.

"On the other hand, an evangelist like the petitioner cannot claim a similar privilege. He cannot insult or outrage others' religion or their religious beliefs and still claim immunity from the application of Section 295A/153A/505(2) of IPC. This is because he views the other religionists as a constituency to be poached. He cannot be called a disinterested or neutral commentator. The targeted religionists are bound to take offence as they fear potential harm to their interests and well-being. In such an ambience, Newton's third law, "every action has an equal and opposite reaction", may start operating. The State cannot remain a mute spectator in such situations. To uphold the sanctity of the Constitution and maintain public order, the strong arm of law will have to come down heavily on those who seek to disrupt communal peace and amity".

The Court also held that the speech attracted the offence of promotion of communal disharmony under Section 153A of the Indian Penal Code.

"The words uttered by the petitioner are sufficiently provocative. They reek of malice and supremacism. The question is whether the State can ignore such incendiary statements as that of a lunatic fringe. The answer has to be in the negative. The petitioner is a charismatic Catholic priest".

On religious conversion - status quo of demography to be maintained

Justice Swaminathan also observed that the speech was made in Kanyakumari district, where the Christian population was in the majority.

"The demographic profile of Kanyakumari in terms of religion has seen an inversion. Hindus became a minority in the District since 1980. Though the 2011 census gives an impression that Hindus are the largest religious group with their number pegged at 48.5 per cent, that may not represent the ground reality. One can take judicial notice of the fact a large number of Scheduled Caste Hindus, though having converted to Christianity and professing the said religion, call themselves Hindus on record for the purpose of availing reservation. Such persons are called as crypto-Christians".

In this background, the Court took exception to the petitioner's statements that Christians would reach 72 per cent in Kanyakumari district. Referring to the horrors of partition, which was made on the grounds of religion, Justice Swaminathan said - "But the tryst with destiny can be achieved only if the multicultural character of the Indian society continues to remain. In other words the status quo in the matter of religious demography has to be maintained. If there is a serious subversion of the status quo, calamitous consequences may follow".

While saying that an individual's choice to change religion is protected by the Constitution and must be respected, Justice Swaminathan said that religious conversions cannot be a "group agenda".

"Religious conversions cannot be a group agenda. The clock of history can never be put back. But the status quo that obtains in the year 2022 as regards religious demographic profile may have to be maintained", the judge observed. In this context, the judgment extensively quoted an article written by Aravind Neelakandan where he discussed the changing demographics in Kanyakumari region.

In the concluding paragraph of the judgment, Justice Swaminathan said that he fell in love with Jesus after reading  Pul Johnson's book  "A Biography from a Believer".

"Did he(Jesus) not say "Beloved, let us love one another, because love comes from God. Everyone who loves has been born of God and knows God"?. Recently, the world became poorer on account of the sad demise of Rev.Desmond Tutu, the great South African anti-apartheid leader. I only wish that the petitioner reads the moving tribute paid by Shri.Gopalkrishna Gandhi. I am certain that on the Judgment Day, God shall admonish the petitioner for having committed an un-Christian act", Justice Swaminathan said in conclusion.