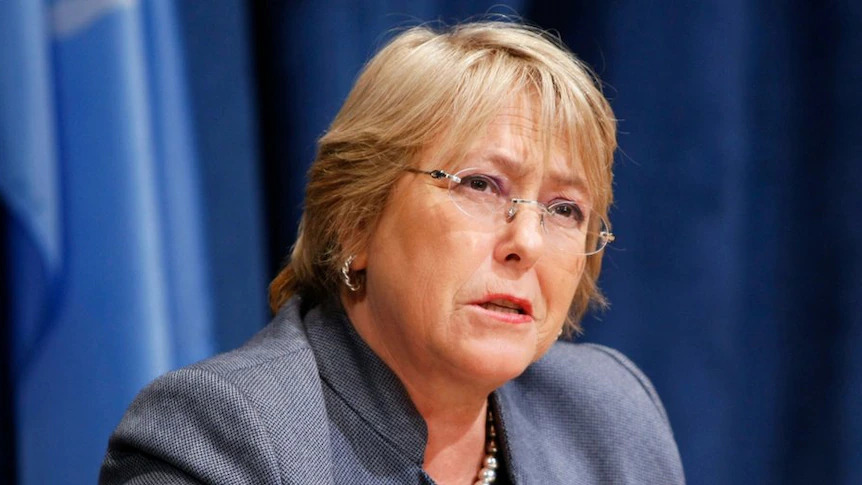 The Office of High Commissioner of Human Rights, United Nations, has expressed its concerns over the ongoing use of the Unlawful Activities (Prevention) Act throughout India and has called the situation as 'worrying.

Ongoing use of the Unlawful Activities (Prevention) Act throughout India is worrying, says the Office of High Commissioner of Human Rights, United Nations @UNHumanRights #UAPA #UnitedNations

Referring to the state of Jammu & Kashmir, the United Nations High Commissioner for Human Rights, Michelle Bachelet, has remarked that the state has the highest number of cases registered under Unlawful Activities (Prevention) Act [UAPA] across the Counrty.

"Ongoing use of the Unlawful Activities (Prevention) Act throughout India is worrying, with Jammu & Kashmir having among the highest number of cases in the country," the statement by Bachelet reads.

Bachelet also flagged concerns regarding the cases of Journalists who are under detention "for exercising their right to the freedom of expression".

Acknowledging the 'worrying' state of affairs, Bachelet has remarked thus:

"Indian authorities' restrictions on public assembly, and frequent temporary communication blackouts, continue in Jammu and Kashmir, while hundreds of people remain in detention for exercising their right to the freedom of expression, and journalists face ever-growing pressure."

However, her statement does acknowledge the Government's efforts to counter terrorism and promote development in the region (J&K), but she has also cautioned that such restrictive measures can result in human rights violations and foster further tensions and discontent.

Also read: UAPA Wrecking Lives : What Is The Human Cost?

In her statement, she has also observed that displacement due to environmental disaster is a particularly serious phenomenon in Asia.

"…the Internal Displacement Monitoring Centre has reported that in 2019, China, Bangladesh, India and the Philippines witnessed more disaster displacement than all other countries combined – amounting to 70 per cent of the global total," the statement further adds.

Recently, Justice Deepak Gupta had said that a law like the UAPA (Unlawful Activities Prevention Act) should not remain in the statute book in the present form.

It is important to note that as per the statistics from the National Crime Records Bureau, the conviction rate in UAPA cases was less than 2% during 2015-19.