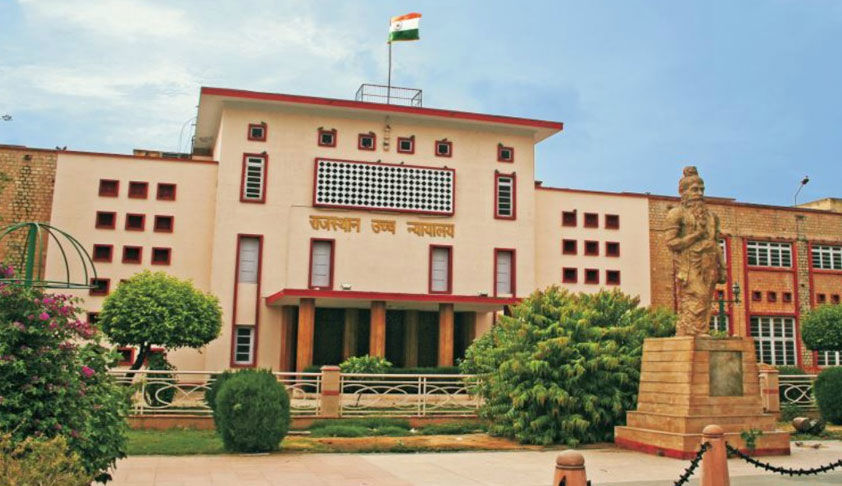 The Rajasthan High Court has observed that the issue regarding the nature of gaming services provided online is no longer res-integra, adding that such gaming services have been held to be games of skill and not games in nature of betting or gambling.

Noting that the matter has been settled in view of the judgments passed by various Courts, the bench of Chief Justice Pankaj Mithal and Justice Shubha Mehta remarked that issue of show cause notice to Myteam11 by the GST authorities, seeking to levy GST on the gaming services provided by it online, by treating the same as ‘actionable claims’, is an abuse of the process of law.

The petitioner, Myteam 11 Fantasy Sports Private Limited, is engaged in providing online gaming services, including Rummy, Poker, and other casual games on its website- MyTeam11.in.

Challenging the show cause notice, Myteam 11 filed a writ petition before the Rajasthan High Court.

The petitioner, Myteam 11, contended that the said issue has been decided by a catena of judgments, which hold that the said online games are games of skill and not in nature of gambling.

The petitioner argued that once the controversy regarding classification of the product stands settled by the decision of the Court, the GST authorities have no jurisdiction to issue any show cause notice by taking a different opinion in the matter.

The petitioner further averred that the said notice was not a mere show cause notice, rather it was in the nature of a final order which determined the petitioner’s tax liability along with interest and penalty, and required the petitioner to deposit the same.

To this, the revenue department submitted that the direction in the show cause notice to deposit part of the tax liability, interest and penalty, was in consonance with the statutory provisions which provide that if the assessee deposits the amount equivalent to 25% of tax, the matter would stand concluded with no further enquiry.

The High Court took note that a Division Bench of the Rajasthan High Court in Chandresh Sankhla v. State of Rajasthan & Ors. (2020) has ruled that the online gaming services provided by a similar company, Dream11, are not in the nature of betting or gambling. Further, the Supreme Court has dismissed the Special Leave Petition (SLP) against the said decision of the Division Bench, the Court noted.

“A similar view has also been taken by a different Division Bench of our High Court in the case of Ravindra Singh Chaudhary Vs. Union of India D.B. Civil Writ Petition No.20779/2019 decided on 16.10.2020 which also stands approved by the Supreme Court as the SLP against it stands dismissed,” the Court added.

The bench further reckoned that in Dr. K.R. Laxmanan v. State of Tamil Nadu (1996), the Apex Court had observed that the said games are games of skill and not of chance.

“In view of the totality of the facts and circumstances of the case, we are prima facie satisfied that some of the games offered by the petitioners online have already been held to be games of skill rather than that of chance or that of betting/gambling. Thus when the matter is so settled by various Courts, the issuance of the impugned show cause notice is nothing but an abuse of the process of law,” the High Court ruled.

Granting interim relief to Myteam 11, the Court said: “Until further orders of the Court, the respondents shall not take any coercive measures to recover any amount from the petitioners pursuant to the impugned show cause notice dated 09.12.2022, provided petitioners file reply to the said show cause notice, if not already filed, within a period of one month from today till the respondents take a final decision in the matter which would be subject to the decision of this petition.”

Directing the respondents, including the Union of India, to file a counter affidavit within one month, the Court has listed the writ petition for admission/final disposal.