Open Letter To The Bar Council Of India 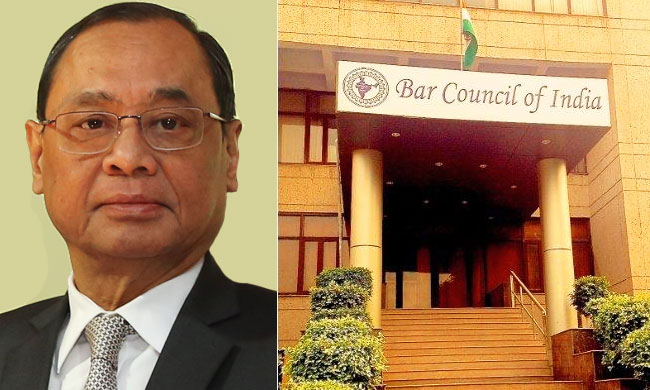 To the Chairman of Bar Council of IndiaApril 21, 2019 Respected Sir, There is nothing more pivotal to the Indian democracy and to the Indian Constitution than the rule of law. And the very essence of rule of law is that the law of the land is above everyone, including the judges of the Supreme Court of India. The manner in which the Supreme Court dealt with the allegations of...

To the Chairman of Bar Council of India

There is nothing more pivotal to the Indian democracy and to the Indian Constitution than the rule of law. And the very essence of rule of law is that the law of the land is above everyone, including the judges of the Supreme Court of India.

The manner in which the Supreme Court dealt with the allegations of sexual harassment made against the sitting Chief Justice of India (CJI Ranjan Gogoi) by a former woman employee of the Supreme Court deeply undermines the foundations of our Constitution and flies in the face of the rule of law.

According to the Supreme Court's "In-House Procedure" that sets out procedure to deal with allegations of sexual harassment, an Inquiry Committee must have taken cognizance of the complaint and initiated inquiry proceedings after giving notice to the respondent (the CJI in this case).

However, that did not happen. Instead, the CJI, in exercise of his administrative powers, constituted a "special" Bench of his choosing (including himself) to respond to the allegations. What ensued on Saturday (April 20) morning in the Supreme Court is nothing short of a travesty of justice.

The CJI used his constitutional office to respond to and deny personal allegations of sexual harassment in the open court, made oral remarks vilifying the complainant, termed the allegations a high-level conspiracy against the judiciary, and discreetly attempted to silence the media. Both the Attorney General and the Solicitor General indulged in character-assassination of the complainant. And all this was done in the absence of the complainant, who was not given any prior notice of the hearing.

Shockingly, you, as the Chairman of the Bar Council of India, have endorsed what happened in the Supreme Court on Saturday morning. You have been quoted by PTI as saying: "These are all false and cooked-up allegations and we condemn these kinds of acts. These kinds of allegations and actions should not be encouraged. This is an attempt to malign the institution. Entire bar is standing in solidarity with the Chief Justice of India."

As lawyers, we are deeply concerned about preserving and facilitating the cause of justice and protecting the very democratic and constitutional ideals that we profess and stand for. We feel compelled to write to you to say that you, as the Chairman of the Bar Council of India, do not represent the views of the bar in the instant matter, and most certainly, do not speak for the undersigned lawyers.

Without commenting on the merits (or otherwise) of the allegations made against the CJI, we believe (and we hope there are many other lawyers who concede) that a high-powered independent inquiry must be held to look into the allegations to maintain the credibility of the institution and repose public trust in the judiciary. Through this letter, we, as members of the legal profession, unequivocally condemn and distance ourselves from the unconstitutional stand taken by the Bar Council of India in the instant case for reasons outlined below.

1. Two basic principles are central to the doctrine of natural justice. The first is "no man shall be a judge of his own case" and the second is "hear the other side". The CJI has shown disregard to both these principles. Under no circumstance should the CJI have been a part of the Bench, nor should he have used his constitutional office to respond to personal allegations of sexual harassment

2. The CJI should have promptly referred the complaint to the Supreme Court's Internal Complaints Committee, headed by Justice Indu Malhotra. In not doing so, the CJI has exhibited disdain for an independent inquiry upon the allegations of sexual harassment made against him

3. Judicial independence does not imply freedom from accountability. The allegations of sexual harassment, made in a sworn affidavit with specific details, cannot be conveniently dismissed as being "wild", "scandalous", or politically motivated.

In light of the above, we urge you to withdraw your comments as a mark of respect and honor to the fundamental principles and norms of our constitutional democracy.

(Note: We have learnt that The Women in Criminal Law Association (WCLA) have issued a statement demanding fair inquiry into the sexual harassment allegations against the CJI. We endorse and adopt the stand taken by the WCLA.)

This letter is open to all lawyers to sign. View it here