Order 14 Rule 2 CPC | Where Suit Involving Mixed Question Of Law & Fact Can Be Disposed On Issue Of Law Alone, Same Must Be Decided First: Manipur HC 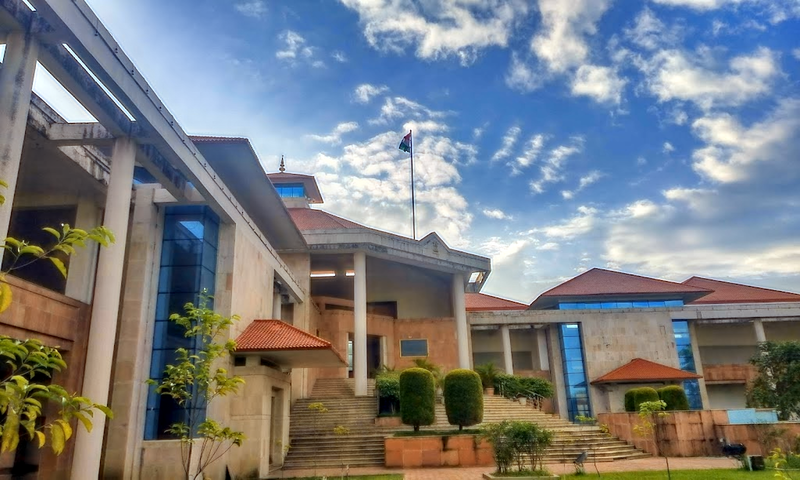 The Manipur High Court has recently held that Order 14 Rule 2(1) CPC is a general rule which provides that the Court shall pronounce judgment on all issues, notwithstanding the fact that the case may be disposed of on a preliminary issue.

However, it added that an exception to this Rule is provided under Order 14 Rule 2(2), which states that where issues of law and of fact arise in the same suit and the Court finds that the suit, or any part thereof, may be disposed of on an issue of law only, it may try that issue first.

"In effect, Order 14 Rule 2(2) CPC carves out an exception to Order 14 Rule 2(1) CPC, by providing that where issues of law and of fact arise in the same suit and the Court finds that the suit, or any part thereof, may be disposed of on an issue of law only, it may try that issue first. Such issue must either relate to the jurisdiction of the Court or it must relate to a bar to the suit created by any law for the time being in force," Chief Justice Sanjay Kumar observed.

The clarification was rendered in a second appeal filed under Section 100 of the CPC for a declaration that the Appellant (original plaintiff) is the owner of the land in dispute and seeking a permanent injunction restraining the defendants from interfering with his peaceful possession and enjoyment thereof.

The plaintiff got married in 1993, and at that time, his father gifted the Suit Schedule - A land to him. The plaintiff claimed that he constructed his house thereon and was in possession. He further claimed that he came away to the village, leaving the Suit Schedule A land in the care of his cousin. While so, the defendants started digging the suit land in March 2015, constraining him from instituting the suit.

Order 14 Rule 2(1) CPC states that, for this purpose, the Court may postpone settlement of other issues until after that issue of law has been determined and may then deal with the suit in accordance with the decision on that issue. It remarked,

"A plain reading of this provision clearly manifests that if the Trial Court, having found an issue of law either relating to its jurisdiction or to a bar to the suit created by any law, may first decide that issue and settlement of other issues would depend upon its decision on that issue. Such an issue of law would ordinarily be tried as a preliminary issue before the trial itself as it would not require evidence, being purely an issue of law."

The Court referred to the case of Major S.S. Khanna vs. Brig. F.J. Dillon, where the Supreme Court observed that the jurisdiction to try an issue of law under Order 14 Rule 2 CPC might be exercised only where, in the opinion of the Court, the whole suit or a part thereof may be disposed of on the issue of law alone as the CPC does not confer jurisdiction upon the Court to try a suit on mixed issues of law and fact as preliminary issues.

It also relied on the case of Ramesh B. Desai vs. Bipin Vadilal Mehta, where the Supreme Court observed that, though there was a slight amendment in the language of Order 14 Rule 2 CPC in the year 1976, the principle enunciated in Major S.S. Khanna (supra) still holds good. There could be no departure from the principle that the CPC does not confer jurisdiction upon the Court to try a suit on mixed issues of law and fact as preliminary issues, and where the decision on an issue of law depends upon an issue of fact, it could not be tried as a preliminary issue.

In Thiruvambadi Rubber Co. Ltd. vs. N.K. Damodaran Nair and others, the Kerala High Court observed that Order 14 Rule 2(2) CPC confers jurisdiction to try only an issue of law as a preliminary issue, provided that such issue is either related to the jurisdiction of the Court or to a bar to the suit created by any law for the time being in force.

The Court concluded that upon careful consideration of Order 14 Rule 2 CPC, it was clear that only an issue raising a pure question of law, falling either under clause (a) or clause (b) of sub-rule 2 of Rule 2 of Order 14 CPC, where the recording of evidence is not necessary, can be tried as a preliminary issue, as such an issue of law would go to the root of the suit and would be capable of being decided without any evidence.

In the instant case, it was held that the Trial Court did not take up any preliminary issue before the trial but decided to treat Issue No.1 as a preliminary issue after the completion of evidence. The Court remarked,

"Merely because the trial stood concluded, it did not preclude the Trial Court from taking recourse to Order 14 Rule 2(2)(b) CPC and deciding an issue of law in the first instance. Taking it up as a preliminary issue before the trial is only a matter of convenience and to save time for all concerned and no more. Failing to do so at that stage would not posit a bar to adopting that procedure even after conclusion of the trial."

The Trial Court took up the issue as to whether Section 11 CPC barred the present suit and the principle of res judicata was applied by the perusal of the earlier judgments in the first round of litigation between the predecessors-in-interest of the parties to the present suit, and no further evidence was necessary for that purpose, though it was available.

Therefore, it was held that this was purely an issue of law falling under Order 14 Rule 2(2)(b) CPC. Having pronounced its decision on that issue in favor of the defendants and against the plaintiff, the Court noted that the Trial Court was justified in not pronouncing judgment on the other issues. It noted,

"This was in keeping with the procedure contemplated by law and the Trial Court did not err in stopping short of rendering findings on all the issues framed, even though the suit proceedings stood concluded by then in all respects."

No Application of Section 11 CPC:

The Court noted that Section 11 CPC (res judicata) would have no application to the case on hand; it would be apposite to note the language of Section 11 CPC. It referred to the case of City Municipal Council, Bhalki v. Guruappa, where the Supreme Court reiterated the legal principles laid down earlier in Syed Mohd. Salie Labbai and others vs. Mohd. Hanifathat the following conditions must be proved for the principle of res judicata to be applied:

i. that the litigating parties must be the same;

ii. that the subject matter of the suit also must be identical;

iii. that the matter must be finally decided between the parties; and

A court of competent jurisdiction must decide the suit.

Therefore, it was held that the Courts below correctly noted and applied the conditions that need to be satisfied for the principle of res judicata to be attracted. It was observed,

"Trite to state, res judicata operates not only against the parties to the former decision but also their privies, i.e., persons claiming under them. The object underlying this principle is that if a proceeding originally instituted is proper, the decision therein would be binding on all such persons on whom that right or interest devolves."

It was further held that the language of Section 11 CPC does not commend itself to such an interpretation. The provision requires that the former suit and the present suit either be between the same parties or between parties under whom they or any of them claim, litigating under the same title.

Therefore, the successor-in-interest of a party to a former suit would be equally bound by the decision in that suit, owing to the principle of res judicata.

The Court upheld the findings of both the Courts below, noting that it did not brook any interference in law.