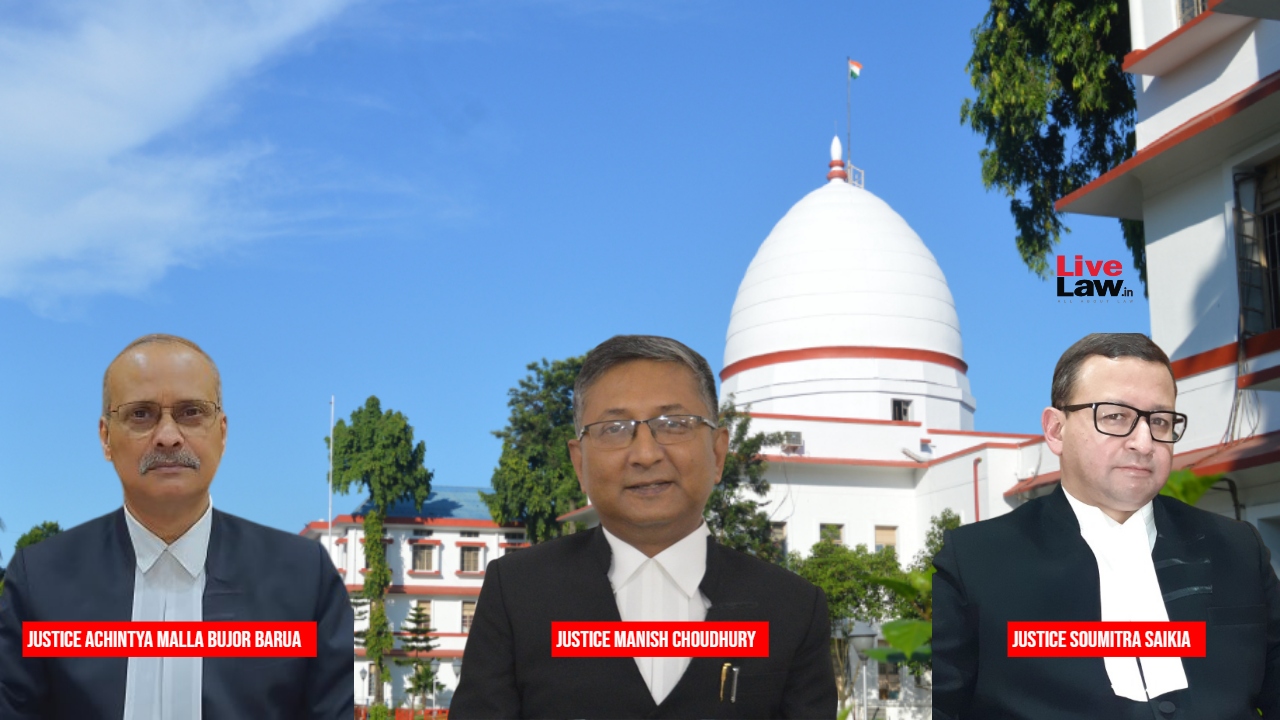 In a significant order, the Gauhati High Court's full bench has held that an order refusing to extend the period of detention of an accused beyond the period of 90 days up to 180 days under Section 43 D of the UAPA-1967 would be in the nature of a final order thus, the same is appealable under Section 21 of the NIA Act, 2008.

For context, Section 21 of The National Investigation Agency Act, 2008 deals with appeals, and Section 21 (1) of it states that an appeal shall lie from any judgment, sentence, or order, not being an interlocutory order, of a Special Court to the High Court both on facts and on the law. In other words, it provides that an order, which is in the nature of an interlocutory order, can't be appealed in the High Court.

The Full bench of Justice Achintya Malla Bujor Barua, Justice Manish Choudhury, and Justice Soumitra Saikia concluded that an order refusing to extend the period of detention of an accused beyond the period of 90 days up to 180 days in terms of Section 43 D of the UAPA-1967 is a 'final order' as when such an order is passed, the proceedings come to an end and the rights of one of the parties [accused persons] are finally determined [to remain not in custody]

The Court further held that in such an order, the requirement of the other party [NIA] is also finally determined vis-a-vis its right to have the detention of the accused persons extended beyond 90 days up to 180 days.

However, the Court did add that the order allowing for extension of detention in custody of the accused persons is an 'interlocutory order' as in a situation, firstly, the proceeding on the subject matter of whether such detention is to be allowed or not does not come to an end and secondly, the right of one of the parties i.e., the accused persons, to remain not in custody (otherwise than by following the due procedure of law), is also not been finally determined inasmuch as, after the end of the extended period of detention there would be further consideration as to whether the detention requires to be further extended or not.

A criminal case was registered against Akhil Gogoi in connection with the Chandmari violence case under Sections 120(B)/124- A/153-A/153-B of the IPC read with Sections 18/39 of the Unlawful Activities (Prevention) Act, 1967. He was arrested on December 13, 2019. NIA took over the case on December 14, 2019. In course of the investigation, the Special Public Prosecutor filed a report under Section 43D(2)(b) of the UAPA-1967 seeking an extension of custody of Gogoi from 90 days up to 180 days for the continuation of the investigation.

The Special Judge NIA Assam was not convinced that the liberty of the accused A1 at that stage of the investigation would be incompatible with the interest of effective investigation of the case and thus, the application of the Special Public Prosecutor was rejected on March 16, 2020. Challenging the order, the NIA moved to the High Court, however, Gogoi's counsel raised a question of maintainability of the appeal on the ground that the order impugned (refusing extension of detention) is in the nature of an interlocutory order, and thus, no appeal would lie in view of the provisions of Sections 21(1) & 21(3) of the NIA Act-2008.

Taking into account the objection raised by Gogoi's counsel, the Division Bench of the HC, on April 7, 2020, referred the matter to a larger bench to consider and decide whether to refuse to extend the period of investigation up to 180 days in terms of Section 43-D (2)(b) of the Unlawful Activities (Prevention) Act, 1967 can be construed as an interlocutory order.

Further, the Court noted that to decide as to what would constitute an 'interlocutory order' or a 'final order' in respect of a provision for an appeal beginning with a non-obstante clause, would be determined on the following parameters:

(i) Whether the judgment or order under consideration determines the rights of the parties in the proceeding and;

Now, taking into account the facts of the case, the Court concluded that by the orders of refusal of extension of detention in custody, the proceedings itself came to an end. With such refusal, the fundamental and legal rights of the accused to remain not in custody any further in connection with the investigation in the case had been finally determined.

"As such, there is a final determination of the rights of one of the parties to the proceedings i.e. the accused persons. Also the requirement of the investigation being the appellant NIA to have the detention of the accused persons extended beyond 90 days upto 180 days had also been finally determined...," the Court held as it held that the order to refuse the custody extension was a 'final order', inasmuch as, the proceedings in which such orders were passed came to an end and the rights of one of the parties had been finally determined and also the requirement of the other party had also been finally determined.

Accordingly, the Crl. Appeals under Section 21 (1) of the NIA Act-2008 were held to be maintainable and the Court directed that the appeals be now placed before the appropriate Bench for its adjudication on merit.