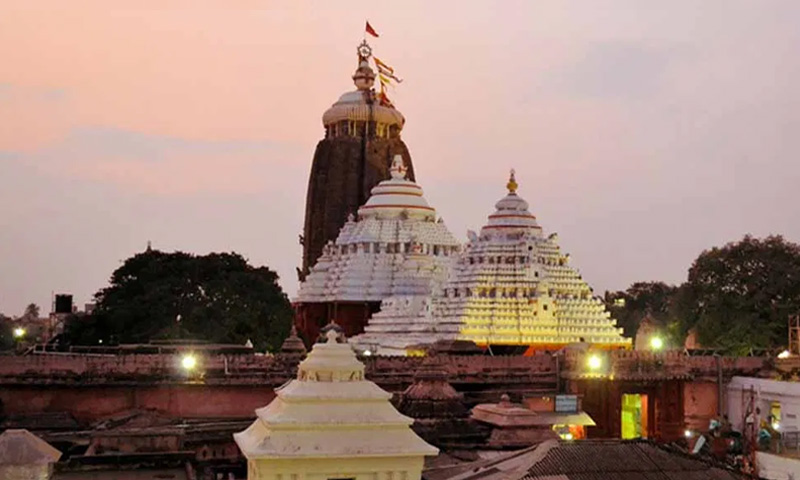 The Orissa High Court on Thursday dismissed a PIL challenging the June 1 order of the state government directing that the religious places/places of worship for public shall continue to remain closed till the end of the month. The petition sought that devotees be allowed 'darshan' of Lord Shree Jagannath on 'Shnana Purnima' on June 5 outside the Meghanada Pacheri (the outer wall...

The Orissa High Court on Thursday dismissed a PIL challenging the June 1 order of the state government directing that the religious places/places of worship for public shall continue to remain closed till the end of the month.

The petition sought that devotees be allowed 'darshan' of Lord Shree Jagannath on 'Shnana Purnima' on June 5 outside the Meghanada Pacheri (the outer wall of the Lord Jagannath Temple of Puri), in view of the upcoming Hindu festival of 'Ratha Yatra' to commence on June 23. On the 'Shnana Purnima', the deities of Lord Jagannath, His elder brother Balabhadra, younger sister Subhadra are brought out from the Temple and taken in a procession to be ceremonially bathed and decorated for a public audience with the devotees.
"This Court would be loath to interfere with the decision of the State Government, which appears to be based on objective evaluation of situation, as in the opinion of this Court, such matters are best left to the discretion of the executive", observed the Chief Justice-led bench.
It was submitted on behalf of the petitioners that perthe guidelines issued by the Union Ministry of Home Affairs on May 30, in Phase I of the Unlock, the religious places/places of worship, have been allowed to open for public with effect from 8th June, 2020. The State Government in excess of those guidelines, has imposed certain additional restrictions in its order dated 01.06.2020 by directing that the religious places/places of worship for public shall continue to remain closed till 30.06.2020.
It was further submitted that since darshan of Shnana Purnima can be allowed either by passing in a row in front of Shnana Mandap or standing by the side of Meghanada Pacheri following norms of social distancing by using mask after thermal screening, the State Government by passing the impugned order has violated the fundamental right of the petitioner guaranteed under Part-III of the Constitution of India.
On behalf of the state, the Advocate General submitted that the guidelines issued by the Central Government in Phase I allowed opening of religious places/places of worship for public only with effect from 08.06.2020 and therefore, even going by that prescription, the Shnana Purnima, which will take place on 05.06.2020, prior to date fixed is not permissible.
He argued that what has been stated by the Central Government in sub-clause (iv) of Phase III of the selfsame guidelines, has left it to be decided by the State Government on evaluation of position on ground, dates for re-starting the activities like Social/political/sports/entertainment/academic/cultural/religious functions and other large congregations. He also referred to Clause-5 of the aforesaid guideline which inter alia provides that the State/UTs, based on their assessment of the situation, may prohibit certain activities even outside the Containment zones, or impose such restriction as deemed necessary.
It was further submitted that keeping in view the guidelines issued by the Central Government, the State Government, in clause 3(a)(v) of its order dated 01.06.2020, has therefore directed that all Social/political/sports/entertainment/ academic/cultural/religious functions and other large congregations, will continue to remain closed till 30.06.2020.
"This decision has been taken considering the prevalent circumstances not just in the context of district Puri, but entire State, which is in consonance with the guideline issued by the Central Government...all these preventive measures have been taken to prevent spreading of Coronavirus. The kind of permission prayed for by the petitioner, once granted, cannot be confined to only few people, since the function in question attracts lakhs of devotees/people from all over the country, and it would be difficult and become impossible for the State to identify origin of people desirous of attending the function. The State Government is fully competent to impose such reasonable restriction in view of the current situation", it was advanced.
Considering the guideline issued by the Central Government and the order dated 01.06.2020 passed by the State Government, the bench was not inclined to hold that the impugned order is in any way opposed to public interest. On the contrary, the division bench was of the view that the order of the State Government appears to have been passed taking consideration of larger public interest and in consonance with the guideline issued by the Central Government in order to prevent spreading of Coronavirus.
As regards whether the Rath Yatra, one of India's biggest religious festivals which marks the annual ceremonial procession of Lord Jagannath, his elder brother and younger sister, from their home temple to another temple, to be underway on June 23, would proceed as per schedule, the matter would be considered on Tuesday.
Click Here To Download Order
[Read Order]