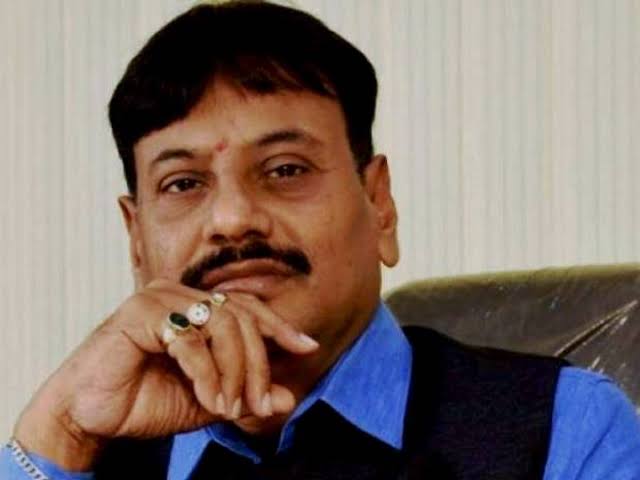 The Orissa High Court has denied bail to Chillika MLA Prasant Jagdev, who is accused of driving a four-wheeler over a crowd during the last Panchayat elections in Odisha. While dismissing the bail petition, a Single Judge Bench of Justice Satrughana Pujahari observed,

"As it reveals, while giving threat to run the vehicle over the protesters, he drove the vehicle into the crowd that too using the registration number of a different vehicle. Such indulgence and overt act can never be treated as becoming of a public representative. That apart, the series of criminal cases attached to his antecedent speak against his credibility to abide by condition, if any, imposed in case of his bail, more so when he has also not abided by the conditions not to indulge in any criminal activities while allowing him to be released on bail in connection with Balugaon P.S. Case No. 156 of 2021 thereafter, but still involved in two such criminal cases during the Panchayat election including the present one."

Then a noise errupted, for which the police personnel including the Informant-Sub-Inspector present in the vicinity rushed to the spot, and found the BJP supporters to have stopped one white colour Discovery car with the petitioner himself driving, from proceeding into the crowd. The police personnel intervened and while trying to disperse the mob, they also tried to refrain the petitioner from proceeding ahead as he was not permitted to enter into the Block Office on that day.

It is further alleged that the petitioner without paying any heed to the advice and caution of police, and while giving a threat to run his vehicle over the crowd if he was not allowed to enter the Block Office premises, drove the aforesaid vehicle into the crowd with intent to kill the members of public and police personnel present there. As a result of his ramming ahead, many police personnel as well as many members of general public received serious and grievous injuries leading to grave commotion and a stampede like situation.

Pursuant to the report of the Informant-Police officer, the case against the petitioner was registered and investigation is reportedly ongoing. During the course of investigation, it also came to the light that the aforesaid number plate of the car was found to be fake one, inasmuch as the said registration number belongs to another vehicle of Hyundai company. The petitioner stated to have also been assaulted by the mob, for which counter case at the instance of the present petitioner was registered against some persons there in the mob.

Upon being arrested by police and forwarded before the J.M.F.C., Banapur, the petitioner applied for bail, and his bail plea was rejected by the said J.M.F.C. and also by the Asst. Sessions Judge, Banapur. Hence, he approached before the High Court. Pursuant to the prayer of the petitioner for interim bail on the ground of his Cardiac problem requiring urgent medical attention, the High Court by order dated 22.04.2022 granted him interim bail, and the same was extended till disposal of this application.

Mr. Y. Das, Senior Advocate appearing for the petitioner submitted, inter-alia, that although the accusation under Section 307 of IPC as brought against the petitioner is serious in nature, but from the materials on record no such case is made out, inasmuch as almost all the injuries allegedly sustained by the so-called victims are simple in nature which could not be said to have been caused by the petitioner running the vehicle over them.

He further contended that since the petitioner started his political career from grass root level such as from the post of Sarpanch and now he is continuing his stint as the MLA for the second time, his presence at the spot at the relevant time cannot be said to have been uncalled for or unwarranted, especially when he had his own candidate as well in the election fray, and the event pertained to the Constituency which he represents. He sought to justify the presence of the petitioner at the spot, and according to him, the insistence of the petitioner to enter the Block Office premises in the given circumstance could not have been treated as an overt act much less 'incriminating'.

Again, he submitted that the allegation as to criminal antecedent of the petitioner as brought by the prosecution vide the affidavit filed by one of the alleged victims of the present case is nothing but a concoction as he was a grass root politician by his opponents at different points of time. He invited attention of this Court to the counter affidavit sworn by one Sanjib Kumar Pattanaik, said to be the cousin of the petitioner, vide which the status of the criminal cases registered/pending against the petitioner has been given out. Through the affidavit relied on by the prosecution/victim, particulars have been furnished in respect of criminal cases against the petitioner.

The affidavit produced on behalf of the petitioner pointed out that in four cases out of the list, Final report has been submitted by police as mistake of fact. So also, in all the cases either he is on bail of the Court or extended the benefit of Section 41A of Cr.P.C. considering the triviality of the offences alleged.

As far as use of alleged number plate of another vehicle is concerned, it was stated that the same cannot be stated to be an incriminating circumstance against the petitioner, as the vehicle belongs to a friend of him and no material is there to show that he had changed the number plate.

Thus, having relied upon the report of the Medical Board, he sought for making the order of interim bail as absolute. He further submitted that since most of the prosecution witnesses being police personnel, there is no chance of influencing witnesses. Further, he underlined that the accused persons have already been granted bail by the Court in the counter case.

Mr. S.S. Pradhan, the learned Addl. Government Advocate appearing for the State opposed the application on the ground of the nature and gravity of the case and the criminal antecedent of the petitioner, so also the circumstances in which he alleged to have committed the offence. Referring to the statements of the witnesses recorded by the Investigating Officer so far, he submitted that the offence, inter-alia, under Section 307 of IPC is prima-facie made out against the accused-petitioner. Investigation is in progress. He pointed out that the petitioner has criminal antecedents and he was involved in twelve criminal cases.

Further, the petitioner had also used the fake number plate in the vehicle which he was allegedly driving then. In such circumstances, he submitted not to allow the petitioner to be released on bail, especially at this stage when the investigation is in progress, for a free and fair investigation.

Miss. S. Mohapatra, counsel appearing for one of the victims, submitted that the petitioner is a person of influence and is a local Legislator. He is also indulged in many criminal cases. The petitioner on the alleged date of occurrence tried to enter into the Block Office during the election though he was not entitled to, driving his vehicle. The general public present there when made protest and did not allow him to do so, so also police dissuaded him not to enter into the Block Office, he made an attempt to kill the persons present in the mob, most of whom were politically opposed to him as well as the police on duty. He also violated the condition of liberty grant to him earlier in other case.

She further argued, though he is undergoing treatment, but his health condition cannot be said to be so alarming. Investigation is in progress. Highly incriminating materials are available against the petitioner indicating his involvement in this case. In such circumstances, she submitted, if the petitioner is allowed to be released on bail at this stage, the same would impede a free and fair investigation and the witnesses also dare not to come forward to speak the truth.

The Court held that the nature of incident as depicted from record, for the limited purpose of bail, there is hardly any relevancy in the nature, number of situs and sizes of injuries received by the victims as the intention of the accused-petitioner became manifest when he drove his car into the crowd, despite the desistance and caution from the police personnel on duty which resulted in ramming and injuries to the police personnel and the protesters/members of the general public.

Further, the Court noted, the petitioner is also a person of means and influential one being the member of the State Legislature. Investigation of the case is in progress. It cannot be ruled out that the release of the petitioner on bail at this stage will also seriously impede a free and fair investigation. Accordingly, the Court observed,

"Having regard to the aforesaid facts and circumstances, especially the nature and gravity of the case incident vis-à-vis the bail plea of the petitioner, this Court also needs to be alive to the settled position of law for grant of bail as reiterated in the case of Prasanta Kumar Sarkar cited supra. As to the medical ground taken by the petitioner, this Court on having perused the opinion of the Medical Board, is of the view that while being in judicial custody, he can seek for any medical check-up or treatment, and the Jail Authority can take appropriate steps in that regard in the manner known to law and also as per the responsibility bestowed on them, if his health condition so warrants."

Having regard for the aforesaid circumstances, the Court denied to grant bail, especially when investigation is going on.