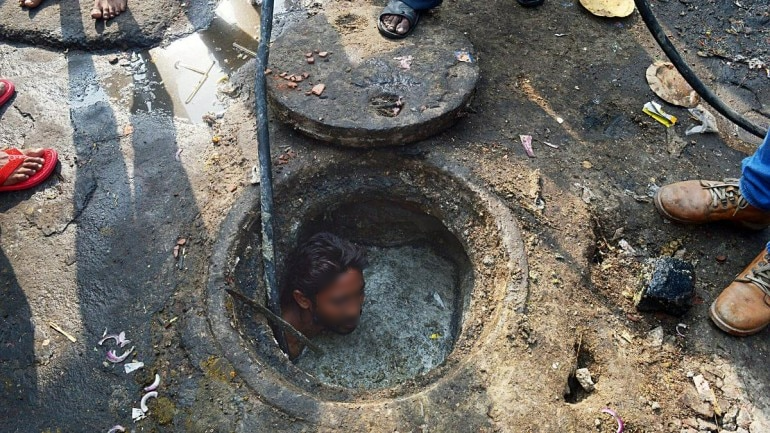 The Orissa High Court on Tuesday sought response of the State Authorities on the functionality of established Emergency Response Sanitation Units and also on the steps taken for the implementation of Advisory issued by the State Government titled 'Prohibition of human entry into septic tank and sewer network –functioning of Emergency Response Sanitation Units" (ERSU)'. A division...

The Orissa High Court on Tuesday sought response of the State Authorities on the functionality of established Emergency Response Sanitation Units and also on the steps taken for the implementation of Advisory issued by the State Government titled 'Prohibition of human entry into septic tank and sewer network –functioning of Emergency Response Sanitation Units" (ERSU)'.

A division bench comprising of Chief Justice Dr. S. Muralidhar and Justice Savitri Ratho was dealing with a suo moto petition instituted by the Court of the incidents that involved "egregious violations of the mandatory provisions contained the Prohibition of Employment as Manual Scavengers and their Rehabilitation Act, 2013."

An advisory was issued by the Housing and Urban Development Department, Government of Odisha dated 7th May 2021 setting out detailed instructions to all five municipal corporations, four towns and executive of Municipalities and Notified

According to the said advisory, it was directed that no person, local authority or any agency shall engage or employ any person for manual cleaning of a sewer or a septic tank without providing protective gear and other cleaning devices thereby ensuring safety precautions.

Analysing the advisory, the Court clarified that the same would not only be limited to manual scavengers but will apply to sewer cleaners and sanitation workers as well.

In view of this, the Court ordered thus:

"The Additional Secretary to Government, Additional Mission Director, SBM (Urban) is directed to file an affidavit before the next date confirming that the above ERSUs are functioning and are appropriately equipped to carry out all the steps indicated in Annexure-C to the said circular."

"The Secretary, OWSSB will also file an affidavit indicating the steps taken by that body by way of implementation of the above circular."

The Court also requested the DLSA at Mayurbhanj and Chaibasa, Jharkhand to extend every possible assistance to the families of the two victims located to ensure that the compensation is paid to them.

The development came after the Court had earlier sought response of Water Corporation of Odisha (WATCO) on the issue of disbursement of compensation to the families of sanitation workers who died in the two incidents, one at Bhubaneswar and the other in Cuttack, during manual scavenging on April 15.

As per a report of the New Indian Express, one of the sanitation workers entered the sewer line, which was over 15 feet deep, became unconscious inside the tank due to asphyxiation. Two other sanitation workers went inside to rescue him, but they too fell unconscious. The three were brought out with the help of firefighters and rushed to the Medical College. The hospital authorities declared two of them, brought dead, whereas the third one, was stated to be receiving treatment. All of them were in the age group of 30 to 35 years.

In another such incident, that occurred in Bhubaneswar on 19th March, 2021, two sanitation workers engaged in the maintenance of a sewage tank, died of asphyxiation. Both of them were rescued by Orissa fire brigade service, but were brought dead to the local hospital.

"The shameful practice of making persons belonging to the underprivileged and poorest sections of Indian society undertake the hazardous manual cleaning of sewers and septic tanks continues unabated notwithstanding the enactment of the PEMSR Act. It shocks the judicial conscience, as it should the society's collective conscience."

"It is inexplicable that a democratic country governed by the Constitution, the Preamble to which assures to all Indians social justice, equality of status and of opportunity, fraternity assuring the dignity of the individual, should witness, and condone, in the 21st century, the deplorable practice of making humans enter sewer lines and septic tanks that require cleaning, without protective gear, and in that process sacrifice their lives for the better health of their fellow beings." Observed the Bench.

Title: In Re: Deaths of Sanitation Workers