Final Order Passed By Any Authority Despite Having Knowledge Of Court's Interim Order For Maintaining Status Quo Is A Nullity: Orissa HC 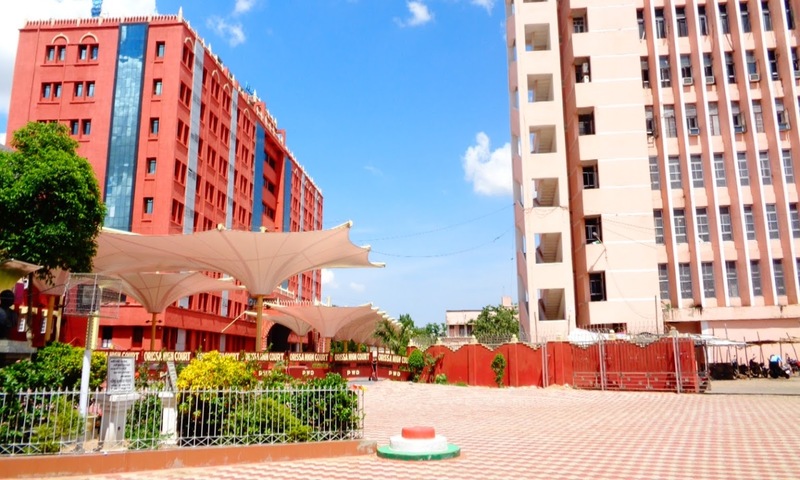 The Orissa High Court has reiterated that authorities cannot pass final order despite having knowledge that an interim order for maintaining the status quo has been passed by a Court/Tribunal. While granting relief to the petitioner, a Single Judge Bench of Justice Sashikanta Mishra observed, "Since the lis pertains to the legality as well as propriety of...

The Orissa High Court has reiterated that authorities cannot pass final order despite having knowledge that an interim order for maintaining the status quo has been passed by a Court/Tribunal.

While granting relief to the petitioner, a Single Judge Bench of Justice Sashikanta Mishra observed,

"Since the lis pertains to the legality as well as propriety of the disciplinary proceeding, the direction to obtain leave before finalizing the same was issued with the obvious intent of safeguarding the right of the petitioner to putforth his grievance to be adjudicated upon in accordance with law. Unfortunately, by issuing the impugned order, the Government has sought to frustrate and defeat the very purpose of the original application/writ petition pending before the Tribunal/this Court."

The petitioner had originally filed an Original Application ("OA") before the Odisha Administrative Tribunal, Cuttack to declare the conduct of disciplinary proceeding against him as ultra vires under Rule-15 of the OCS (CCA) Rules, 1962 and Article 14 of the Constitution of India, as well as to declare the enquiry report as null and void.

During the pendency of the OA, the second show-cause notice was served upon him, proposing the punishment of dismissal from service. The petitioner approached the Tribunal challenging such action of the authorities (respondent no. 1 herein). By order dated 09.07.2018, the Tribunal, inter alia, passed the order directing the petitioner to file show cause but it prevented the authorities to pass any final order without the leave of the Tribunal. Accordingly, it required the status quo as on that day to be maintained.

In the meanwhile, through an order dated 15.05.2020, respondent no. 1 passed an order finalizing the disciplinary proceeding and imposing the penalty of dismissal from service and for recovery of the allegedly misappropriated amount from the petitioner. It is noteworthy to mention that after the Odisha Administrative Tribunal was abolished, the matter was transferred to the High Court. Hence, this interim application has been filed challenging the final order in the disciplinary proceeding.

The petitioner contended the said order is on the face of it, null and void being in direct violation of order passed by the Tribunal.

The opposite party in its reply affidavit stated that the order was passed on the basis of the ratio of the decision in Asian Resurfacing of Road Agency Pvt. Ltd. & Anr. v. Central Bureau of Investigation, (2018) 16 SCC 299, wherein the Supreme Court held that in all cases where stay is granted the same will end on expiry of six months from the date of such order unless similar extension is granted by a speaking order.

In a rejoinder filed to the reply affidavit, the petitioner contended that the ratio of Asian Resurfacing (supra) applies only to civil and criminal trials and not to matters before the Tribunal. It was further stated that the action of the concerned authority is self-contradictory inasmuch as even assuming that the effect of the interim order passed by the Tribunal was valid only for six months, the authorities could have proceeded against him upon expiry thereof, i.e., in January, 2019 when the Tribunal was functional. But instead, they waited for nearly one and half years to take the impugned action.

Further, it contended that the Government in Law Department had decided to file counter affidavit as also a petition for vacation of the order dated 09.07.2018 passed by the Tribunal for expeditious disposal of the OA. As the order passed by the Tribunal was a conditional order, the same as per the petitioner could not be automatically held to have been vacated/expired and any order in violation thereof is a nullity.

Observations by the Court:

The Court held that if the impugned order was issued on the basis of the Asian Resurfacing (Supra) then the inordinate delay of nearly one and half years in issuing such order ought to have been satisfactorily explained. If according to the Government, the said ratio is applicable, then it was at liberty to take action soon after the expiry of the period of six months from 09.07.2018, i.e., after 09.01.2019. Since the 2nd show cause notice had already been issued to which the petitioner had submitted his reply, there was no reason for keeping the matter in limbo till 15.05.2020.

The Court also pointed out that the impugned final order of the opposite party does not contain any reference whatsoever to the purported application of the ratio of Asian Resurfacing (Supra).

Again, the Court observed that if the Government had already issued the order of dismissal, as according to it, there was no interim order in operation, then there was no reason for filing a vacation petition. Thus, all these persuaded the Court to hold that the action of the Government cannot be countenanced in law.

It was also observed that the order dated 09.07.2018 had two parts, namely, restraining the authorities from passing any final order without leave of the Tribunal and to maintain status quo as on that date. Even it is assumed that the ratio of Asian Resurfacing (supra) is applicable then the same would obviously relate to the direction to maintain status quo only. But in so far as the other direction is concerned that no final order shall be passed without leave of the Tribunal, the same can by no stretch of imagination be said to be covered under the said ratio.

The Court observed that the State is a model employer and it is required to act fairly giving due regard and respect to the rules framed by it. It has been time and again emphasized by the Apex Court in several decisions. In Bhupendra Nath Hazarika & Anr. v. State of Assam & Ors, (2013) 2 SCC 516, the Supreme Court had stressed upon the role of the State as a model employer and reiterated that it has to conduct itself with high probity and candour while dealing with its employees.

"It is well settled that the Government being a model employer cannot be seen to take steps to second-guess its opponent in litigation like a private litigant. It is stated at the cost of repetition that if according to the Government there was no more restraint upon it to pass the final order, it should have apprised the Tribunal/this Court appropriately and sought leave instead of passing a penal order on the technical ground of non-subsistence of the interim order. The purported expiry of the interim order did not give a licence to the Government to act in a manner contrary to intent of the Tribunal which, the Government being a model employer is expected to respect and abide by."

The Court relied upon the judgment of the Apex Court in Surjit Singh & Ors. v. Harbans Singh & Ors, 1995 (6) SCC 50, to hold that when the Court intends a particular state of affairs to exist while it is in seisin of a lis, that state of affairs is not only required to be maintained but is presumed to exist till the Court orders otherwise.

Any order passed by any authority in spite of the knowledge of the interim order of the Court is of no consequence as it remains a nullity and therefore the parties are to be brought back to the same position as if the order had not been violated. In other words, in such cases, restoration of the status quo ante is the appropriate relief to be granted. To find support, it cited decision of the Supreme Court in Manohar Lal (dead) by LRs v. Ugrasen (dead) by LRs & Ors, (2010) 11 SCC 557.

Consequently, the impugned order of the first respondent was set aside and the parties were restored to the position as existed prior to issuance of the impugned order. Further, the opposite party authorities were restrained from passing any final order in the disciplinary proceeding till the finalization of the writ petition.